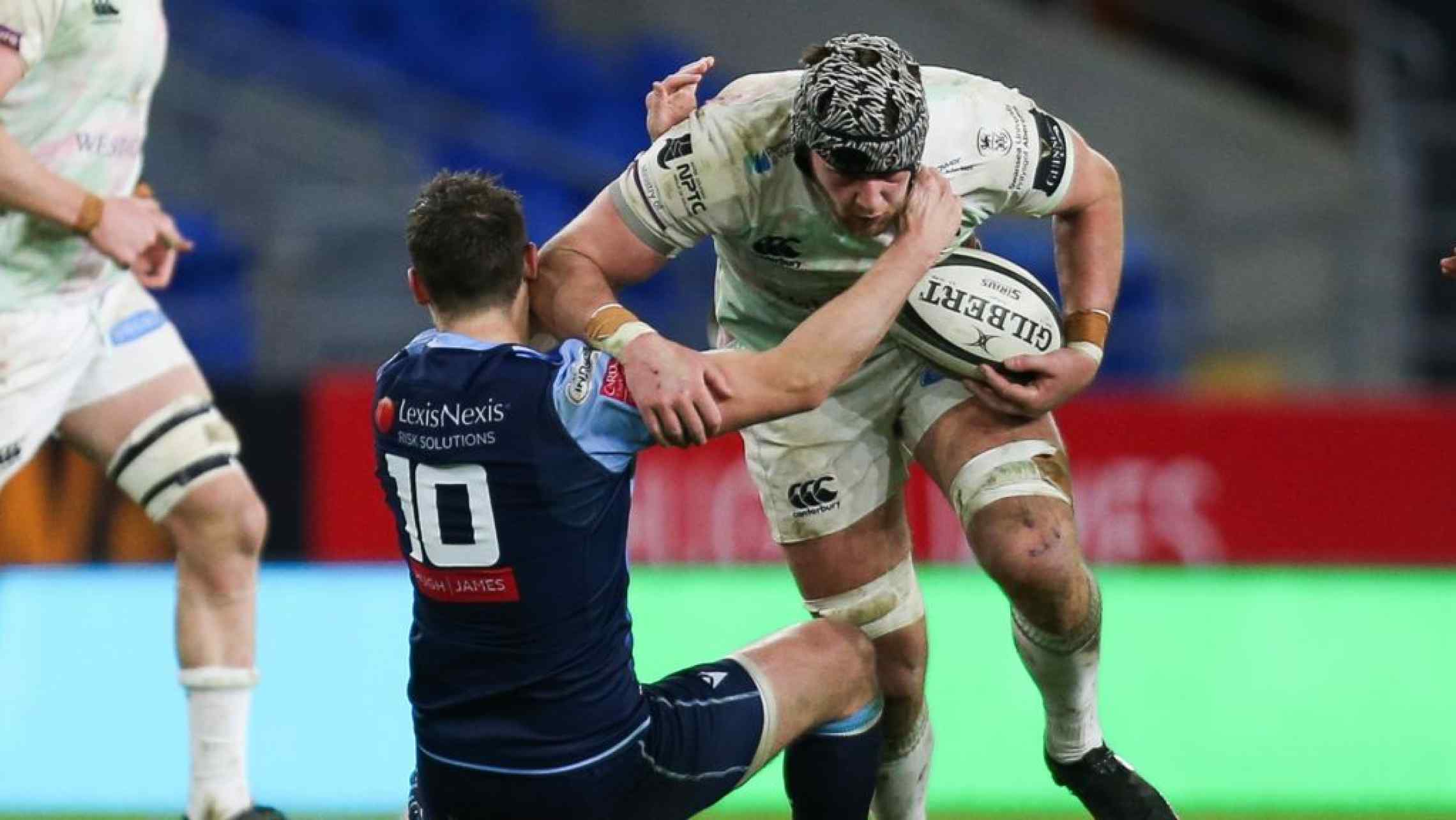 Cardiff Blues got off on the wrong foot in 2021 as a lacklustre performance led to a disappointing loss at the hands of Ospreys on New Year's Day.

John Mulvihill had been forced into a number of changes to the side that beat Dragons on Boxing Day, with Dillon Lewis, Cory Hill and Jarrod Evans all dropping out, while James Botham was a late withdrawal leaving the matchday squad without a recognised openside once again.

The opening 20 minutes of the game were a fairly tepid affair as both sides trying to get a foothold on the game through their kicking out of hand, while handling errors particularly from the home side stunted any flow to proceedings.

In the end we had to wait for the mid point of the first half for the game to burst into life as Hallam Amos orchestrated a counter attack down the left wing which released Aled Summerhill. He found Tomos Williams on his inside shoulder but the scrum-half was pulled down short and when Rhys Carre went to keep the attack alive his pass from the base of a breakdown was slapped down by Rhys Webb.

Perhaps fortunately the Ospreys scrum-half was lucky to avoid a yellow card, but Jason Tovey was able to open the scoring off the tee.

However, Cardiff's problem with ill-discipline continued into this game as two soft penalties allowed the away side to work down field when Shane Lewis-Hughes was offside on a kick chase and Rhys Carre was pinged for going in at the side when defending a driving maul.

The Ospreys went to the corner and set up a second drive which resulted in Ifan Phillips being in possession as they crashed over the try line. Stephen Myler converted for a 3-7 lead which held until half-time despite another slice of fortune for the away side from the referee.

Dan Lydiate was adjudged to have led with his forearm into Jason Tovey when carrying the ball in midfield. Referee Ben Whitehouse and TMO Rhys Thomas agreed there had been foul play, but although pictures showed contact with Tovey's neck area, they decided they could not be sure where the point of contact was and awarded a yellow card rather than a red card.

Unfortunately Cardiff could not capitalise on the spell of a man advantage early in the second half, as a miss Jason Tovey touch, a Josh Turnbull collision with Dmitri Arhip and a fumbled offload from Josh Adams to Tomos Williams prevented any chance of launching a sustained attack.

When Seb Davies was then shown a soft yellow card for an early push at the lineout, it spelled a 32-minutes spell where the home side would find ourselves with at least one man in the sin bin, covering the rest of the game. Dmitri Arhip was sent for 10 for collapsing a maul, and then Scott Andrews sat down for repeated scrum infringements.

Other moments of ill-discipline saw Josh Turnbull pinged for rolling away, allowing Myler to add three points to the score, before Tomos was caught offside from a scrum and allowed Ospreys to kick to the corner. That driving maul saw Arhip yellow carded and referee Whitehouse under the posts for a penalty try.

There was just time for one last Cardiff disappointment as, in the course of successfully defending a maul late in the game, Garyn Smith went down clutching his knee and was stretchered off the field after a long delay.

Overall John Mulvihill's men just weren't at the level required to be competitive in a Welsh derby. Comprehensively beaten up front in the physical battle, and far too many handling errors, once again put us under huge pressure which leads to the a penalty count of 19. On the back foot that much and with such little ball then the chances of securing a win are close to nil.

Ahead of a conference B clash with Scarlets next week a huge improvement is required. Lose and hopes of qualifying for the Heineken Champions Cup are over, with the rest of the season just filled with dead rubbers. Things are looking bleak.