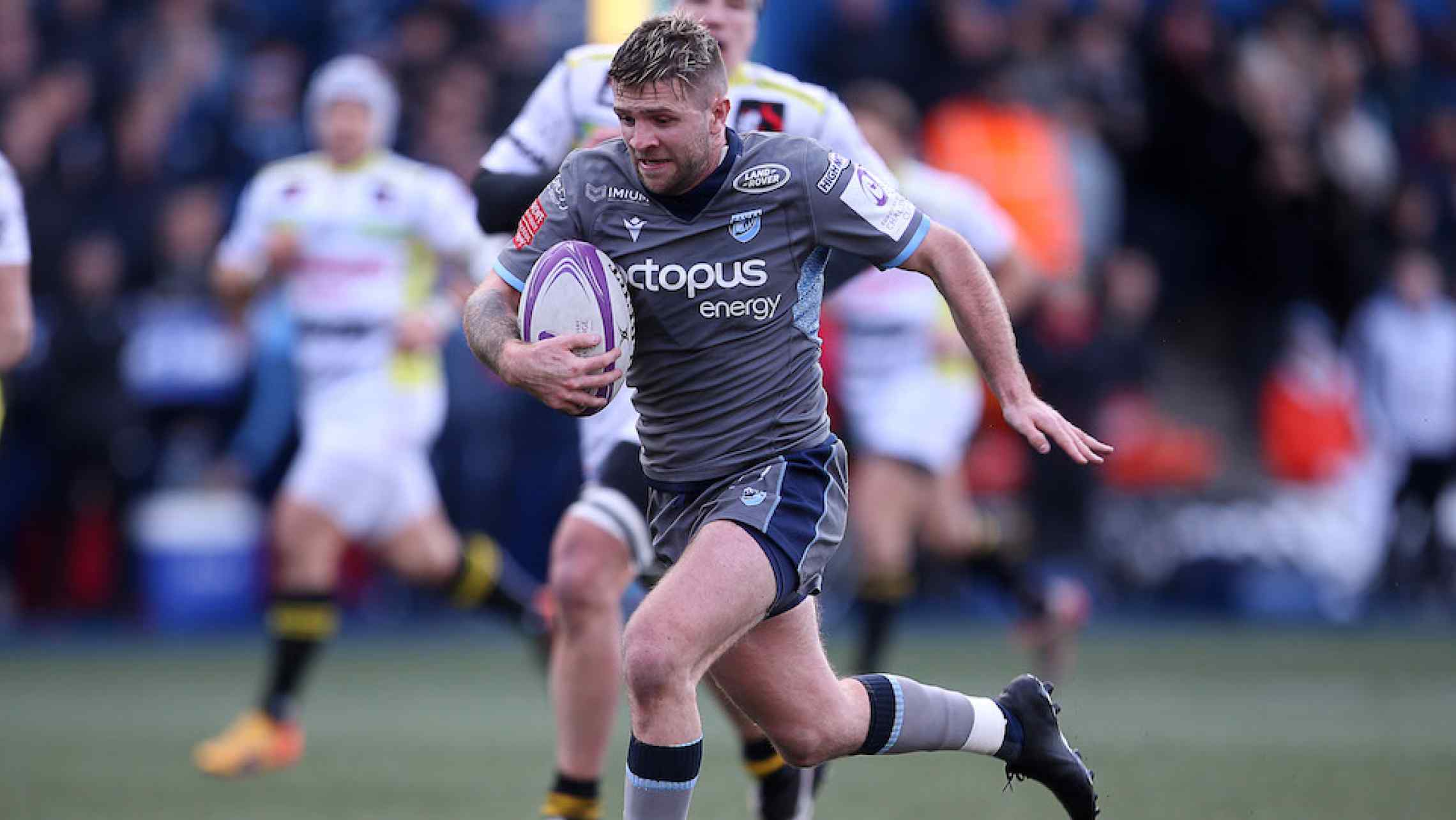 Cardiff Blues finished the European Challenge Cup pool stage on a high, but failed to progress as results elsewhere went against us, although in truth the competition was over for us earlier in the season.

John Mulvihill took the opportunity to rest a number of players named in Wales' Six Nations squad in the week, as well as the likes of Josh Turnbull, while giving fringe players a run out ahead of their likely appearances during the international window.

It was one of those who opened the scoring after just three minutes when Dan Fish and Jason Harries teamed up to send Lewis Jones over for the first try of the afternoon, with Jason Tovey converting.

Calvisano fly-half Nicolo Casilio got three points for his side off the tee, but that is all the Italian side would manage on a tough afternoon for them as Cardiff Blues put their foot to the floor and secured the bonus point by half-time.

Jones bagged another try after good work from Shane Lewis-Hughes and Ethan Lewis, before Lewis turned try scorer at the back of a driving maul on his 50th appearance for the side.

The bonus point was secured when Jones and Harries broke down the right before the ball was switched across field for Aled Summerhill to score on his return to the team, with Olly Robinson pushing over to score number five before the break. Tovey going 100% off the tee made it 35-3.

The second half started in the same vein as the first with Lewis Jones bursting through, although this time he was pulled down short with Shane Lewis-Hughes bagging the try shortly after.

Lloyd Williams, playing on the wing having come off the bench, sneaked in down the left hand side to score, before Calvisano managed to spend a spell in possession that ended with Filo Paulo receiving a yellow card for repeated infringements.

Down to 14 and after a flurry of substitutions the game became bogged down for Cardiff Blues, but eventually some terrific offloading saw us break down field and Will Boyde got his name on the scoresheet.

An action packed final five minutes then saw Dan Fish sprint away only to be taken down by a nasty looking high tackle. Play continued with Lewis Jones securing his hat-trick, before the referee went back and sent Kyle van Zyl from the field.

Lloyd Williams then completed the scoring after a line break off the top of a lineout, with some slightly less successful kicking in the second half seeing the score finish at 64-3.

That is the most points scored in a game by Cardiff Blues since the last time we took on Calvisano at the Arms Park when we scored 74 in January 2016, and saw us end the pool stage on 18 points, potentially enough to qualify for the quarter-finals in three of the last five years.

Unfortunately this year it was not enough with Pau beating Leicester in France, and John Mulvihill will likely look at the home game against Leicester, the first half in Pau and the second half at Welford Road for times the campaign went astray.

Now though the players can look forward to a few weeks off before the Guinness Pro14 gets back underway after a long fixture block, with a spot in the play-offs the target.