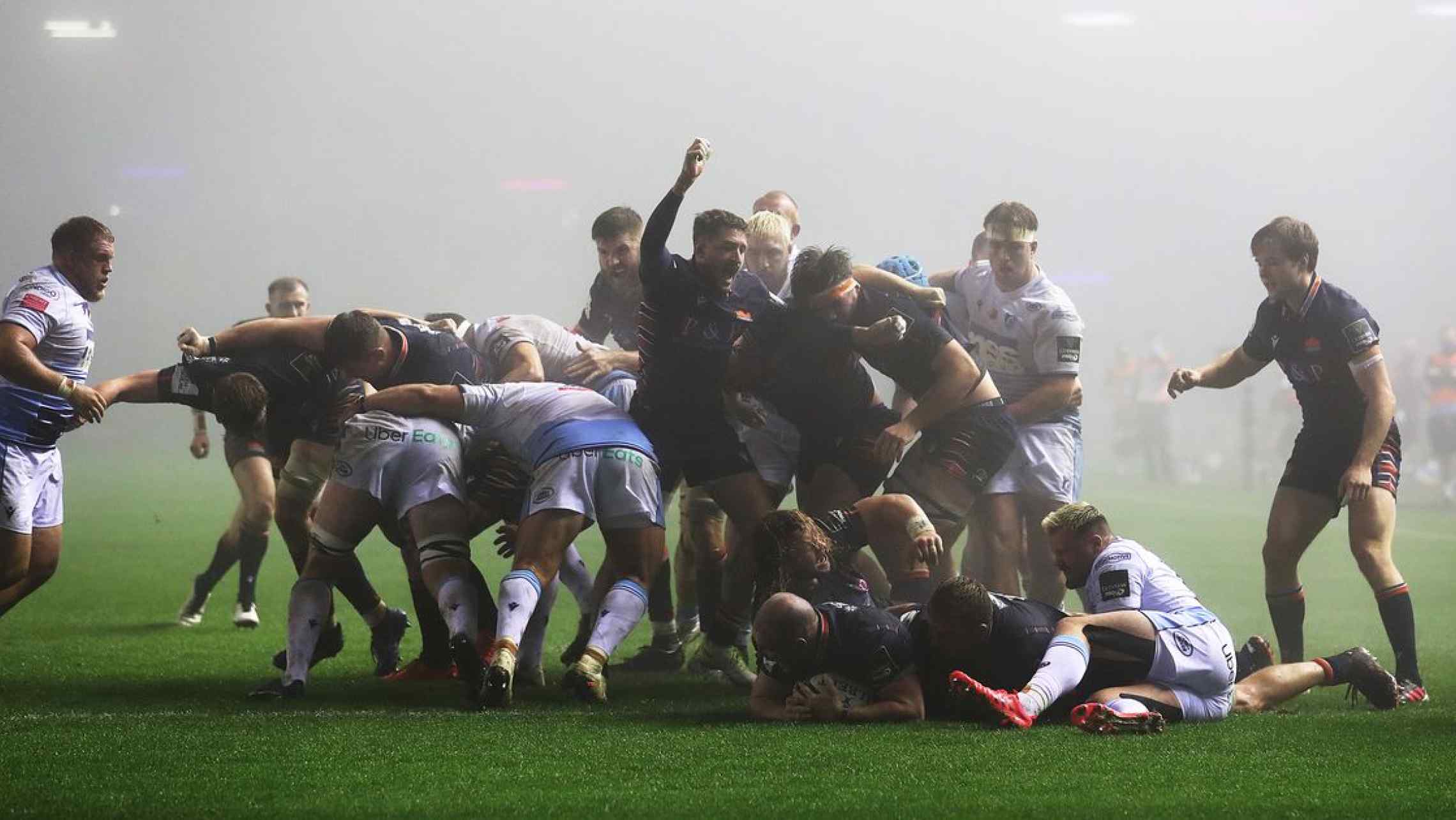 Cardiff Blues suffered a very disappointing third defeat in a row on Monday night, failing to score in the loss away to Edinburgh in the Guinness Pro14.

John Mulvihill had made three enforced changes to his starting XV with James Botham, Jarrod Evans and Rey Lee-Lo all ruled out. Olly Robinson, Jason Tovey and Max Llewellyn came in, while Brad Thyer got the nod over Corey Domachowski at loosehead and Owen Lane replaced Matthew Morgan in the back three.

Edinburgh enjoyed the majority of the possession and territory early in the game, setting up camp in the Cardiff Blues half, but the away defence held strong. In the end just three points was taken by Nathan Chamberlain as Will Boyde was caught offside.

The defence was required throughout the opening quarter of the game as some poor quality kicking from Lewis Jones, Jason Tovey and Hallam Amos failed to earn Cardiff any field position and just cost possession, but turnovers from Boyde, Brad Thyer and Olly Robinson ensured the hosts couldn't add to their lead.

Eventually the away side were able to go through some phases in the Edinburgh half, but the Scots stood firm and took advantage of some poor attacking shape to turn us over and head down field. Winning a penalty in our half they kicked to the corner and after knocking at the door they eventually powered over through Lee-Roy Atalifo. Chamberlain converted.

Cardiff attempted to strike back as some speed and power to the attack from Rory Thornton, Max Llewellyn and Owen Lane got us over the gain line and into good field position, but Tovey couldn't take advantage from the tee after the home team infringed on the floor.

Good kicking from Amos and a James Ratti charge down helped give us field position shortly before half-time, but a distinct lack of ability to hold on to possession and go through any phases to put pressure on Edinburgh allowed them to defend fairly easily and prevented us from getting any points on the board to take in at the break.

The second half started well for Cardiff Blues with Olly Robinson winning a turnover inside 30 seconds, but a shot at three points was turned down for a kick to the corner, and despite getting up to the Edinburgh try line, for the second week in a row we could not convert in the red zone.

As the fog started to descend on Murrayfield, Nathan Chamberlain kicked brilliantly into our 22. They stayed in our territory for the next five minutes and were able to grab a second try of the night as Dave Cherry had the ball as the maul rolled over the line.

The rest of the game is largely difficult to comment on as the conditions became so misty that making out what was going on proved very tricky.

Cardiff certainly seemed to have plenty of possession, but a continual stream of handling errors as well as the aforementioned shape issues contributed to an attack that was turned over or coughed up the ball far too regularly. Even when we did finally break the line, through Hallam Amos, he turned down putting Jamie Hill over for a clear try, preferring to take the ball into contact.

In the end the only further points came from Chamberlain, as he kicked at goal with the last action of the game, for a final score of 18-0 to Edinburgh.

For Cardiff Blues attention now turns to Benetton at home next week, coronavirus depending for the Italian side, with plenty of questions over the attack and team selection. Certain players have not covered themselves in glory the last two weeks, and with plenty of talented young players pushing for an opportunity it may be time to see what they can do.

It should be a brutal week on the training paddock. A loss to Benetton going into Leinster away would be disastrous for the 2020/21 season. It's still early, but this campaign is close to requiring saving already.