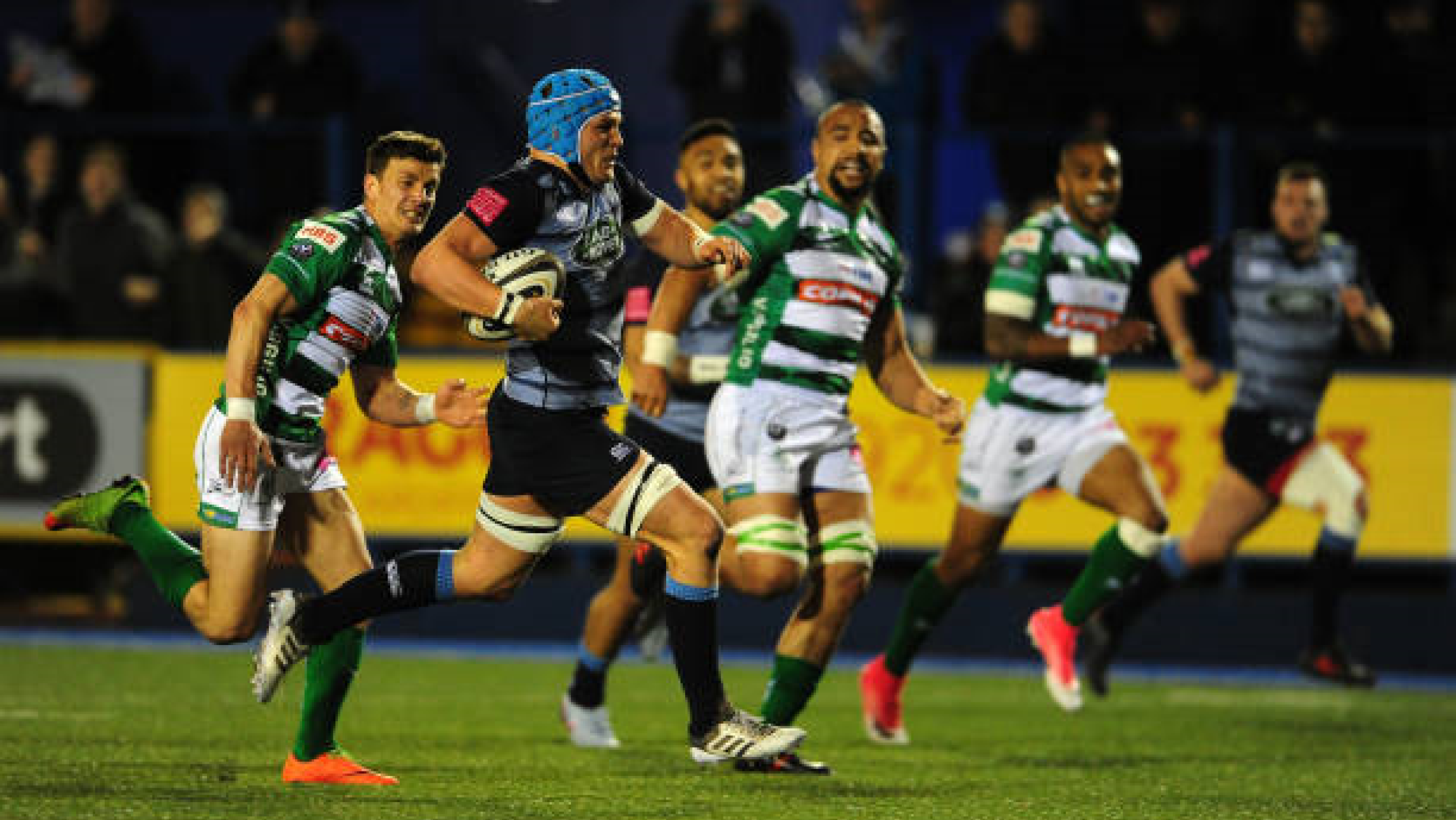 Cardiff Blues are looking for a return to winning ways against Benetton at the Arms Park on Sunday to maintain the chances of qualifying for the Guinness Pro14 play-offs, kick-off 5.15pm.

The big games keep coming though with Benetton, a point behind us in the league, coming to the Arms Park having not played last week due to their encounter with Dragons being called off due to the weather.

We have of course played once already this season in what was a high point of the campaign so far for Cardiff Blues, winning 28-31 in Italy thanks to a last-minute Jason Harries try despite being without a number of internationals due to the Wales v Barbarians game.

Since then Benetton have won three and lost three, in that order, with a win over Lyon before a double over Zebre preceeding defeats at the hands of Glasgow, Northampton and Leinster that left them out of the Heineken Champions Cup and sixth in Conference B.

They now arrive at the Arms Park, where they are yet to win a game in eight attempts, without 17 internationals of their own due to Italy call-ups, but unlike in previous years their squad depth still allows them to name a strong team.

There are 13 internationals in the matchday 23, including overseas players Nasi Manu from Tonga and Ian Keatley from Ireland, while South Africa lock pairing Irne Herbst and Eli Snyman both have Super Rugby experience.

Replacement hooker Haime Faiva is fourth on the top try scorers list this season thanks to a strong Benetton driving maul, while winger Monty Ioane is third on the offloads list having previously topped the try scoring list the season before last.

John Mulvihill has gone for five changes from the side that lost to Connacht last week, with one of the changes enforced as Rey Lee-Lo is ruled out with a head injury so Ben Thomas starts at inside centre and Garyn Smith shifts outside him.

Tactical changes see Scott Andrews start at tighthead with Dmitri Arhip dropping to the bench, while Seb Davies is released from the Wales squad again to start at second row this week as Filo Paulo is dropped from the 23.

There is good news in the back row as Shane Lewis-Hughes returns to fitness to start at blindside flanker, with Josh Turnbull moving around to number eight, Will Boyde dropping to the bench and Nick Williams missing out.

In the back three Hallam Amos is also released by Wales and starts at full-back this week with Ryan Edwards getting a first Guinness Pro14 start on the wing and Dan Fish named as a replacement.

On the bench there is a return for Rory Thornton who has been ruled out since October, while Max Llewellyn could add to his one minute of Pro14 action experienced off the bench at Judgement Day the season before last.

With the weather set to settle in Cardiff in time for kick-off there is a chance for the home side to show off some attacking flair on the fast plastic pitch at the Arms Park after being denied that in Galway last week.

Benetton will provide tough opponents but may be rusty early on without a game for a month, so capitalising on that in the opening exchanges will be key, as will trying to form some sort of functioning lineout after last week's horror show.

All-in-all though it would be great just to see Cardiff Blues go out and enjoy themselves on the field, with the squad looking noticeably deflated even during the game at Connacht last week. Playing without pressure will go a long way to relaxing into proceedings and pushing for a result. Come on Cardiff!!