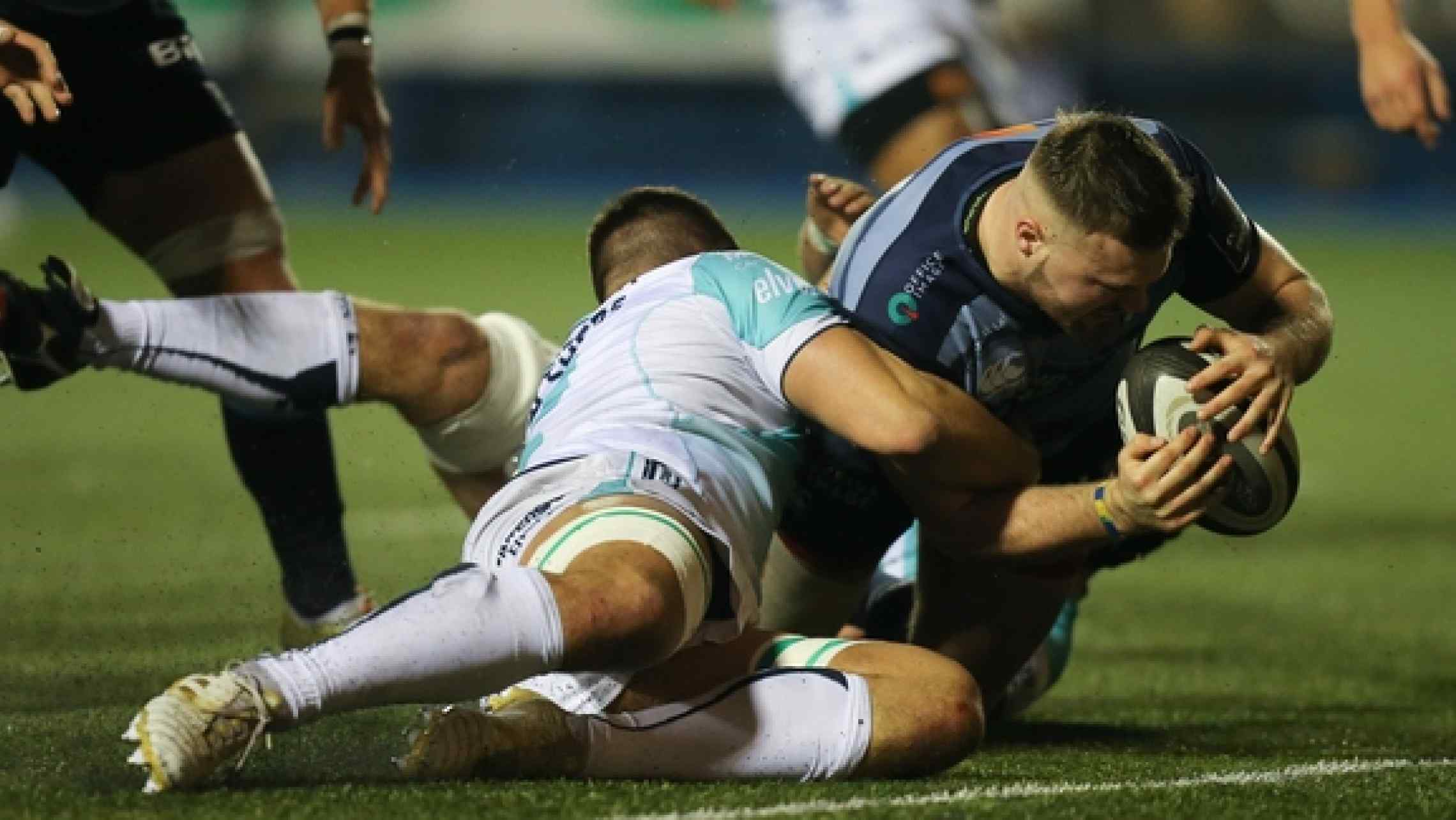 There's two weeks to go in the Guinness Pro14's regular season and the equation is simple for Cardiff Blues; two wins and we're in the play-offs.

Lose on Saturday afternoon in Galway and opponents Connacht will secure third place in Conference A, so it's no exaggeration to say that this game is season defining for John Mulvihill's men.

Even if we do beat the Irish side this weekend we might still be relying on Munster to do us a favour in the last set of fixtures, but you can only control your own destiny, so two victories to finish the season should be Cardiff Blues only focus.

Connacht will fancy wrapping up their play-off place and automatic Heineken Cup qualification early though, and know that a victory at the Sportsground will do it.

They'll have to overcome a three-game losing streak against Cardiff Blues to do it though, two of which have come at the Arms Park with the other out in Galway back in September 2017.

On that day it was a superb Jarrod Evans kick in the swirling west coast wind that secured victory, while in January this year it was only an Owen Lane try that really separated the sides.

Connacht are currently on a run of three straight wins in the Pro14, beating Ospreys and Benetton at home and scraping past Zebre with a 5-6 scoreline last weekend, although they did get knocked out of the Challenge Cup by Sale the week before.

Head coach Andy Friend makes two changes from that side that won in Italy, with Paul Boyle starting ahead of Eoin McKeon at blindside, while Ireland centre Bundee Aki returns in place of Peter Robb at 12.

There is no sign of Ireland lock Quinn Roux though, as he doesn't return from injury in time to feature.

John Mulvihill makes three changes to his Cardiff Blues team that lost to Munster last week, two of which are injury enforced.

Kris Dacey has picked up a knock so Ethan Lewis starts at hooker, while a thigh injury keeps Aled Summerhill out with Jason Harries returning to action on the wing.

The other change sees Shane Lewis-Hughes drop to the bench with George Earle starting in the second row, as Seb Davies drops to number eight and Josh Turnbull switches to blindside flanker.

On the bench there is a return for Jarrod Evans, while Liam Belcher, Rhys Carre and Dmitri Arhip form a new replacement front row.

There's almost little point analysing how the game may go, because Cardiff Blues just need to play to win, even a 0-3 dreadful game would do at this point.

However, there are some key areas of the game outside our strengths of early attacking strike plays and defensive phase play.

The set piece has blown severely hot and cold all season, but if there was ever a season to get it right then this it. We have put three experienced lineout jumpers in the forwards, with Olly Robinson and George Earle both capable of jumping too, so if the calls are simple then Ethan Lewis should be able to find one of them.

Beyond that the kicking game is going to have to be spot on in the forecast Galway swirling wind, with the kick chase as important as the kick itself. Preventing Connacht counter attacking and putting pressure on them will be key.

Of course all that will have to be underlined by the commitment that the players have shown on the field all season. As ever, as long as we see that, we can't ask for anymore. It's a huge one, come on Cardiff!

Mike Adamson (SCO) - Former Glasgow Warriors scrum-half who has only refereed one Cardiff Blues game this season, and in a good omen, it was the reverse fixture when we beat Connacht at the Arms Park.

Has shown 15 yellow cards in 16 games this season, with no red cards.