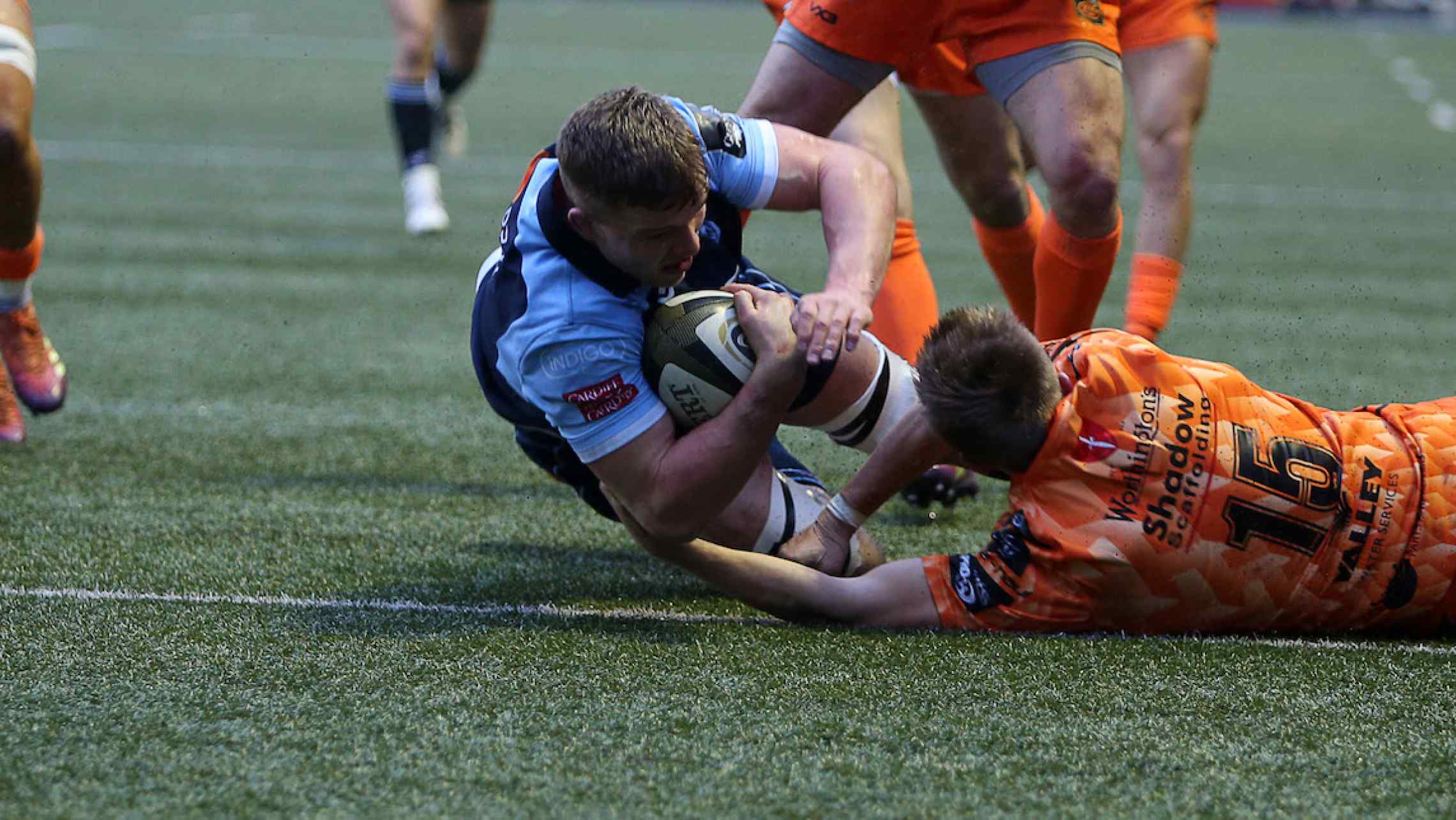 Cardiff Blues return to Guinness Pro14 action this weekend as the Welsh festive derbies get underway with a trip to Rodney Parade for a face-off with Dragons, 3pm kick-off.

It's been two weeks since John Mulvihill's men were last in action, beating Newcastle Falcons 20-33 away at Kingston Park thanks to tries from Hallam Amos and Tomos Williams, with last week's fixtured encounter against Stade Francais Paris called off after the French time decided it too risky to travel over coronavirus fears.

You have to go back a month to find the last time Cardiff played in the Pro14 though, when a Sunday night defeat to Glasgow Warriors struck a disappointing tone with which to finish the first fixture block. It left us in fourth place in Conference B, with Edinburgh below us four points back with a game in hand, while Scarlets and Connacht are two and six points ahead, with one and two games in hand, respectively.

As a result three wins in the upcoming derbies, with games against Ospreys and Scarlets to follow this Boxing Day clash, is close to the minimum requirement for Mulvihill's side should we continue to harbour ambitions of qualifying for next season's Heineken Champions Cup.

That starts with a victory against Dragons, and the omens are good as Cardiff are on a run of nine straight wins over our Newport-based rivals in all competitions, and 10 straight wins in the league, with Boxing Day 2013 the last time we lost a league clash between the teams at Rodney Parade, a ground we have made our temporary home this season of course.

There has been a shift in fortunes for Dean Ryan's side so far this campaign though, after a successful recruitment window during a signing freeze at the start of the pandemic. Wins away at Glasgow and Benetton in their last two Pro14 games have left them fourth in Conference A after six games, with two being lost to a coronavirus outbreak.

The last two weeks have seen defeats against Wasps and Bordeaux in the Heineken Cup though, impacted by a second coronavirus outbreak in the squad, with the Dragons now facing an uphill struggle to drop into the Challenge Cup, let alone stay in the top tier competition.

Ryan is boosted by the return of four players who have been isolating over the last two weeks for Boxing Day though, with Lloyd Fairbrother, Aaron Wainwright, Harrison Keddie and Ashton Hewitt all recalled to the starting XV.

There are four other changes to the side that took the field in Bordeaux last weekend, with Matthew Screech and Ben Carter forming a new second row partnership, Jamie Roberts returning to captain the side from inside centre, with Jack Dixon switching to outside centre, and Jonah Holmes and Owen Jenkins, another former Cardiff Blues player, completing the back three.

On the bench there is a recall for Wales tighthead prop Leon Brown, while Luke Baldwin will cover the scrum-half, as the hosts miss regular three-quarter line members Rhodri Williams, Sam Davies and Nick Tompkins from their matchday 23.

Cardiff Blues, on the other hand, have made just one change to the XV that should have taken the field against Stade Francais Paris last week, as James Botham is fit again to start at openside flanker. Alun Lawrence misses out with Josh Turnbull shifted to number eight.

Shane Lewis-Hughes is also available again, but after spending time isolating over the last two weeks is utilised as a bench option, where he is joined by Jason Tovey who covers fly-half with Ben Thomas having tested positive for the virus.

One other missing figure on matchday will be John Mulvihill himself, who has been identified as a close contact of a positive case and will be watching from home while communicating with the coaches box via a live link-up.

With the weather forecast looking wet and windy for Rodney Parade on Boxing Day, winning the battle up front will be key for Cardiff Blues. A heavy looking pack, with three second rows and a blindside/second row in the back five, as well as strong front row options starting and on the bench, give us a great chance of doing just that.

From there a continuation of the tactical kicking and chance conversion that we saw in the second half against Newcastle will go a long way to securing a much needed victory, but Dragons have plenty of carrying options of their own, with Jamie Roberts likely to ask lots of questions of young Max Llewellyn opposite him.

If we can keep errors down to a minimum and ensure the set piece remains functioning at a high level though, as well as keep the impact of the home side's back row down to a minimum, then there's a great chance to get the festive period off to a great start. Come on Cardiff!