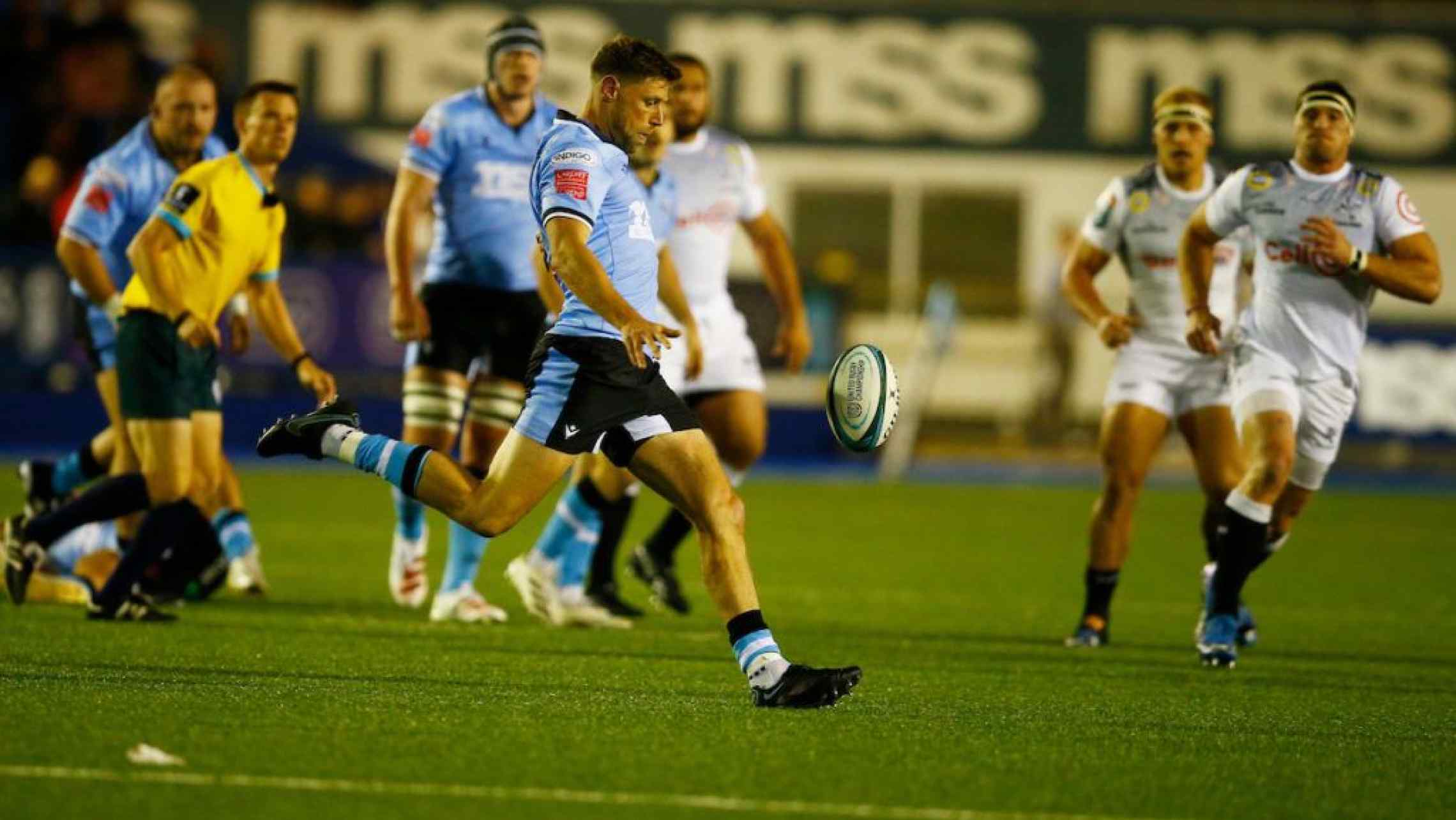 Cardiff returned to winning ways at the Arms Park on Saturday night as a battling defensive performance earned a deserved victory over the Sharks.

On the back of defeats against Ospreys and Bulls, Dai Young had taken the opportunity to refresh his starting XV with eight changes as Dillon Lewis, Rory Thornton, Josh Turnbull, Ellis Jenkins, Tomos Williams, Willis Halaholo and Matthew Morgan all coming in, while Jason Harries was a late replacement for Aled Summerhill as the eighth alteration.

Cardiff started the better of the two sides, varying the game smartly between attacking at high tempo and tactical kicking for field position, with that eventually resulting in possession in the opposition 22. The Sharks were pinged for not rolling away and Rhys Priestland opened the scoring off the tee.

A few minutes later and the Blue and Blacks had the first try of the day when, despite appearing to run down a dead end, Matthew Morgan managed to shrug off the challenge of number eight Phepsi Buthelezi and glide under the posts, with Priestland adding the extras.

That tactical kicking game continued to dominate as Jason Harries put up a high, hanging kick and chased hard, forcing a mistake from Curwin Bosch before Owen Lane forced Anthony Volmink into touch. Off the top of the resulting lineout Willis Halaholo ran a stunning out-to-in line from inside centre, cutting straight through a big gap in the Sharks defence at the back of the set piece to go over, Priestland converting.

However, in the background the visitors had been creeping into the game mainly through a strong driving maul, and it was this that gave them field position in our 22 to attack from. Cardiff managed to stop the initial maul but the Sharks pack went into pick-and-go mode and eventually Thomas du Toit was able to battle over, with Bosch adding the extras.

The South Africans had opportunities to cut the lead further off the tee but some wayward goalkicking left it to Boeta Chamberlain to only add three more points for a 17-10 half-time Blue and Blacks lead. However, some big defensive action was on the way.

Sharks came out with the bit between their teeth early in the second half and started setting up camps in the Cardiff 22, but the home side were not going to be pushed over easily. First Will Boyde over the ball, then joined by Josh Turnbull and Rhys Priestland in a maul, before Boyde was making  a rip in contact, and then a Willis Halaholo jackal all won crucial turnovers in the 15 minutes after the break.

Having weathered that storm the Blue and Blacks managed to head down the other end of the pitch for the first time in the second half, and although one penalty was missed after the away side did not roll away, Priestland made no mistake from a second chance when Turnbull had won a penalty over the ball.

Eventually the Sharks did make it over the whitewash, as the forwards went for the pick-and-go game to create space that Marnus Potgieter took advantage of out wide. Boeata Chamberlain's conversion making the score just 20-17 with 10 minutes to go, but Cardiff were in no mood to let the lead slip.

After a period of extended possession in the opposition half the infringement was forced and Priestland added three more points, before some solid defence led by Willis Halaholo caused the South Africans to knock on. The referee, a few seconds early by the stadium clock, would blow up as Priestland found touch and the win was confirmed.

A victory that was toughed out in defence rather than grabbed through attacking play, but after two disappointing losses any win is welcomed, and it shows that Cardiff can win in more ways than one. Now attention turns to a second big Welsh derby of the season and finishing this first block of fixtures on a high.