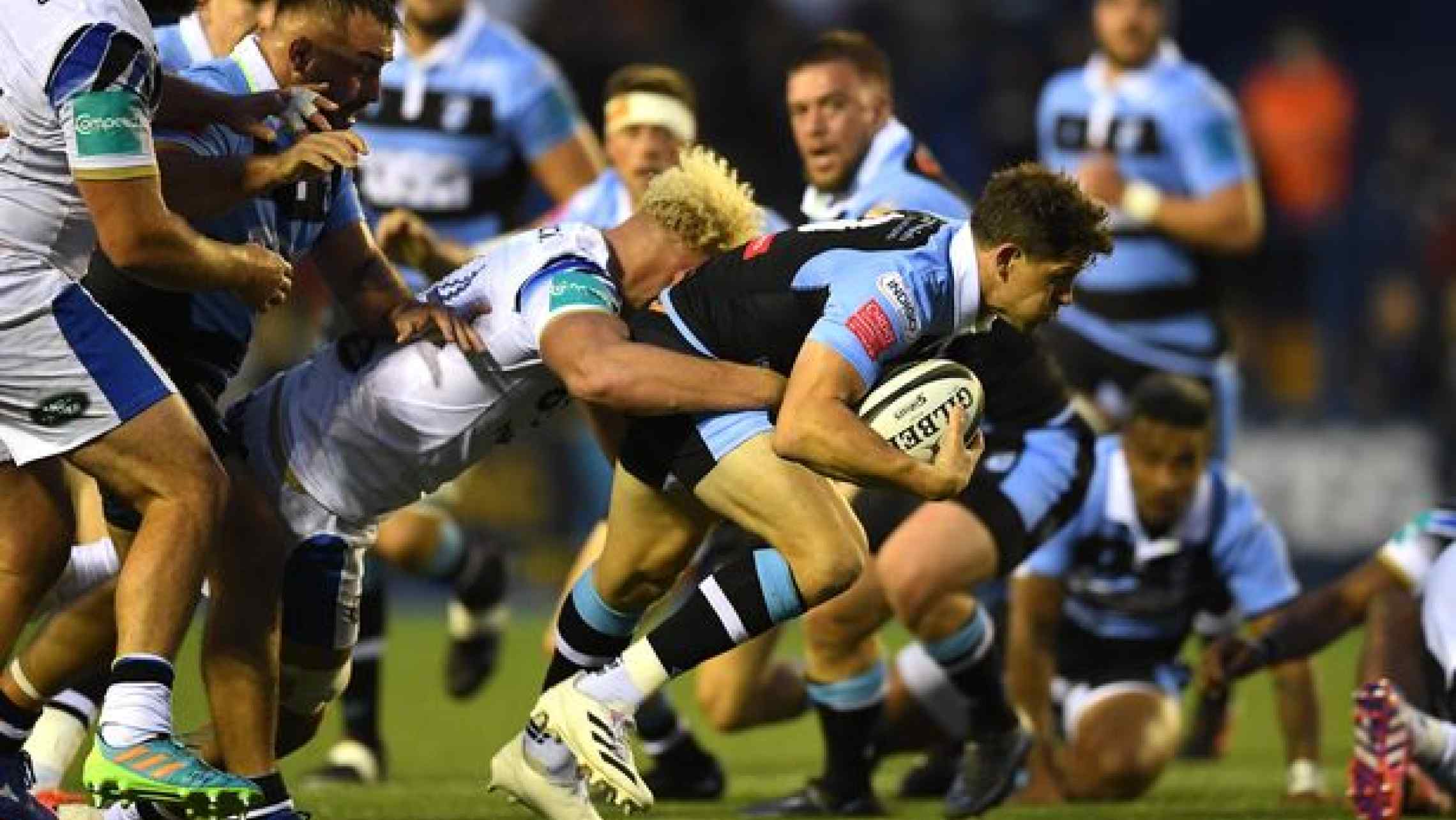 Cardiff marked a return to playing in front of supporters at the Arms Park with a solid pre-season victory over English side Bath as preparations for the United Rugby Championship came to an end.

566 days since the famous old ground opened it's gates to fans there was a good turnout from home and away fans alike and a good atmosphere as the sides took to the field, with Dai Young recalling a number of players included in Wales' summer squad, as well as Will Boyde who played for the first time in 10 months.

Cardiff dominated much of the opening exchanges as Bath got on the wrong side of the penalty count early on, but a misfiring Blue and Blacks lineout prevented us from getting on the scoresheet until the 10th minute when the ball was secured in the red zone. The driving maul was stopped short but an organised pick-and-go saw James Ratti eventually get over the try line, with Rhys Priestland converting.

Just two minutes later the English side were level though as home ill-discipline allowed them to kick to the corner and the opposition only needed one chance to secure a lineout, drive into the red zone and then get to work with a pick-and-go of their own which saw Beno Obano cross for the try and Danny Cipriani level the scores.

The Blue and Blacks didn't let the immediate set back worry them but there was problems trying to get around a fast and physical Bath defensive blitz that pushed us back around the fringes of the breakdown and prevented any momentum being generated, while a try scoring opportunity from a driving lineout was missed when Boyde slipped and lost his bind.

In the end there was just a Priestland penalty, albeit a beautifully struck one from around halfway that cleared the posts with distance to spare, to add to the score as Cardiff went in 10-7 up at the break.

Bath were the first to strike in the second half in similar fashion to how they scored in the first half as home ill-discipline took them back to the corner before some physical carrying saw Richard de Carpentier go over and Orlando Bailey convert, but Priestland was soon cutting the deficit by three points after the English side were offside from a kick chase.

Once some half-time and early second half Cardiff subs settled into the game it was much improved from the hosts, as Dai Young's half-time tactical tweaks took hold and the attack moved the ball quicker to get outside the English side's blitz and into space.

A perfect Priestland pass was whipped back from the gain line behind a dummy runner and outside a blitzing defender to get Rey Lee-Lo stretching his legs. The centre put Hallam Amos away on the left wing and took the pass back from the full-back before, somewhat bizarrely, handing the ball off to Lloyd Williams to score.

Just a few minutes later Cardiff were over the line again as James Ratti carried hard on first phase and then Williams switched the play back to the blindside where a Willis Halaholo miss-pass allowed Owen Lane the chance to produce an increasingly classic Lane Train finish, diving over the final defender to touch down acrobatically.

Priestland added one conversion to make the score 25-14 and that's how it would stay through the final quarter of the game as some solid Blue and Blacks defence, including a Seb Davies lineout steal and an Olly Robinson turnover on the floor, kept Bath at bay and recorded an impressive win.

A very different game to that which we saw against Harlequins the week before as Bath poised new questions particularly with their defence, and while some tries were left in the red zone again, and the lineout continued to wobble, the change to the attacking style that unlocked the door will no doubt please Dai Young.

Things continue to build nicely ahead of Cardiff's opening fixture of the United Rugby Championship season at home to Connacht a week on Friday.