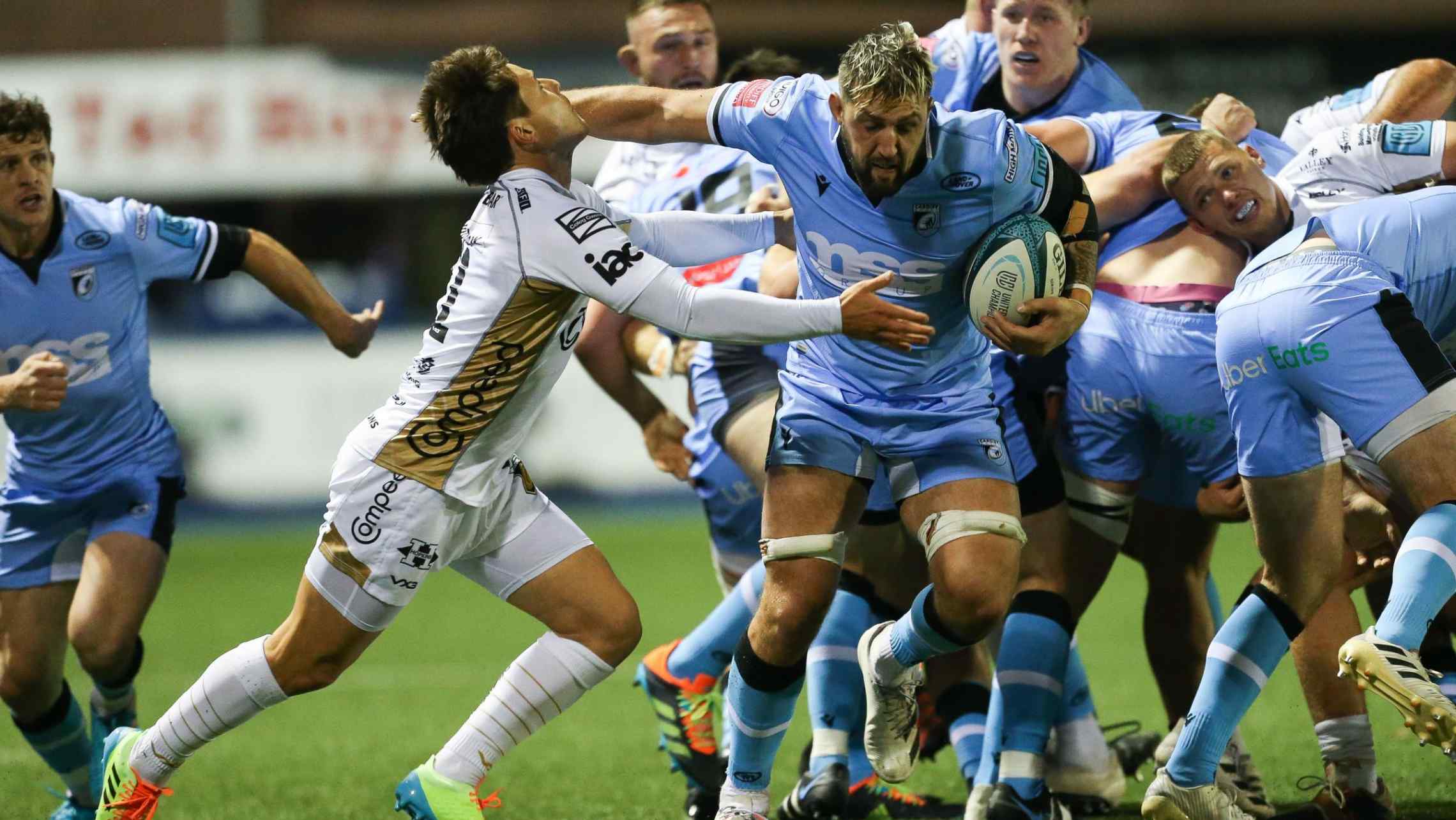 Cardiff finished the first block of United Rugby Championship fixtures on a high by extending the winning streak over the Dragons at the Arms Park on Saturday night.

With 10 internationals away plus injuries and covid isolations there was a changed look to the Blue and Blacks side with Corey Domachowski, Matthew Screech, James Ratti, Lloyd Williams, Rey Lee-Lo and Hallam Amos returning to the starting XV, while Jarrod Evans was fit again at fly-half and Max Llewellyn made a first appearance of the season at inside centre.

Whether it was the changes or the opposition were just up for the game from the start, but it was the Dragons who flew out of the traps in the derby, winning a turnover from the first kick-off and then setting about on a long attacking set that finished with Taylor Davies pushing over under the posts and Sam Davies adding the conversion.

Cardiff very briefly hit back as the away side were pinged for going off their feet and Jarrod Evans got us on the board, but it didn't last as a Dragons counter attack saw Jordan Williams screech away and offload for Jack Dixon, who was stopped from breaking by Lloyd Williams illegally tackling him from the floor with the scrum-half shown a yellow card.

The Blue and Blacks did have a chance to strike even with 14-men as the scrum and maul started working, but it came to nothing and the away side headed down the other end quickly, setting up camp in our 22 with Mesuke Doge powering over and Davies adding the extras.

Fortunately for Cardiff, Lloyd Williams returned to the field and with Matthew Morgan winning a penalty after a direct kick return we went to the corner to stay in the game. A lengthy attacking set was struggling to make ground but a smart half-break from Jarrod Evans took us into the red zone and then Williams sniped brilliantly from a breakdown to beat two defenders and reach to score.

Evans converted and then added three points after a Matthew Screech rip had released Morgan on the turnover. Hallam Amos on his shoulder was caught and his offload ended up being a turnover, but Will Boyde was on hand to win a penalty over the ball.

As well as the yellow card, Cardiff also had to deal with Max Llewellyn, Corey Domachowski and Jason Harries departing in the first half-hour of the game, but even that didn't prevent the Blue and Blacks continuing to settle into the game, and when Josh Turnbull drew a penalty advantage with a big carry, Williams was on hand to kick through perfectly for Amos to run on to and score.

So after a slow start to the game the hosts went in 18-14 up to the break, and following a battling opening 10 minutes of the second half that lead was extended. A dominant scrum again allowed us to go to the corner and the maul was absolutely flying to the try line when Doge cynically hauled it down leading to Ben Whitehouse heading under the posts for a penalty try.

However, that joy was short lived as the Dragons headed up the other end soon after when a Jordan Williams pass released Jonah Holmes. He was dragged down but as the away side went to capitalise on the line break, Rey Lee-Lo went for a spot blitz on Sam Davies, catching the opposing fly-half on the chin and subsequently being shown a red card.

Davies got up off the floor to cut the lead by three points, but the away side quickly became their own worst enemies as they were offside from a kick chase to allow Evans to cancel out that penalty, and then actually extend the lead when they were in front at the kick-off and conceded another scrum penalty.

Dragons did get over the line in the end, holding on to the ball long enough to work an overlap on the left wing where Rio Dyer scored, but the conversion was tricky enough for Davies to miss and for the next 20 minutes it was the Cardiff defence dominating the game as, led by Will Boyde, the Blue and Blacks batted the opposition back and turned them over at almost every available opportunity.

In the end the away side did get over the line through Joe Maksymiw, with Davies converting, but with the clock in the red it was too little too late as Cardiff came away with a hard earned 31-29 victory.

Despite the missing players, early injuries, yellow card and red card, the Blue and Blacks were the deserved winners on the day, overcoming a slow start to be clinical and accurate throughout the game in attack, and basing the performance on the bedrock of a huge set piece, particularly at the scrum where the hosts were hugely dominant.

As the Dragons imploded we kept our heads again and defended superbly, complemented by some more excellent game management, to finish the first fixture block with 14 points and in seventh place in the table. There are now four well deserved weeks off for Cardiff ahead of a tough two weeks in South Africa.