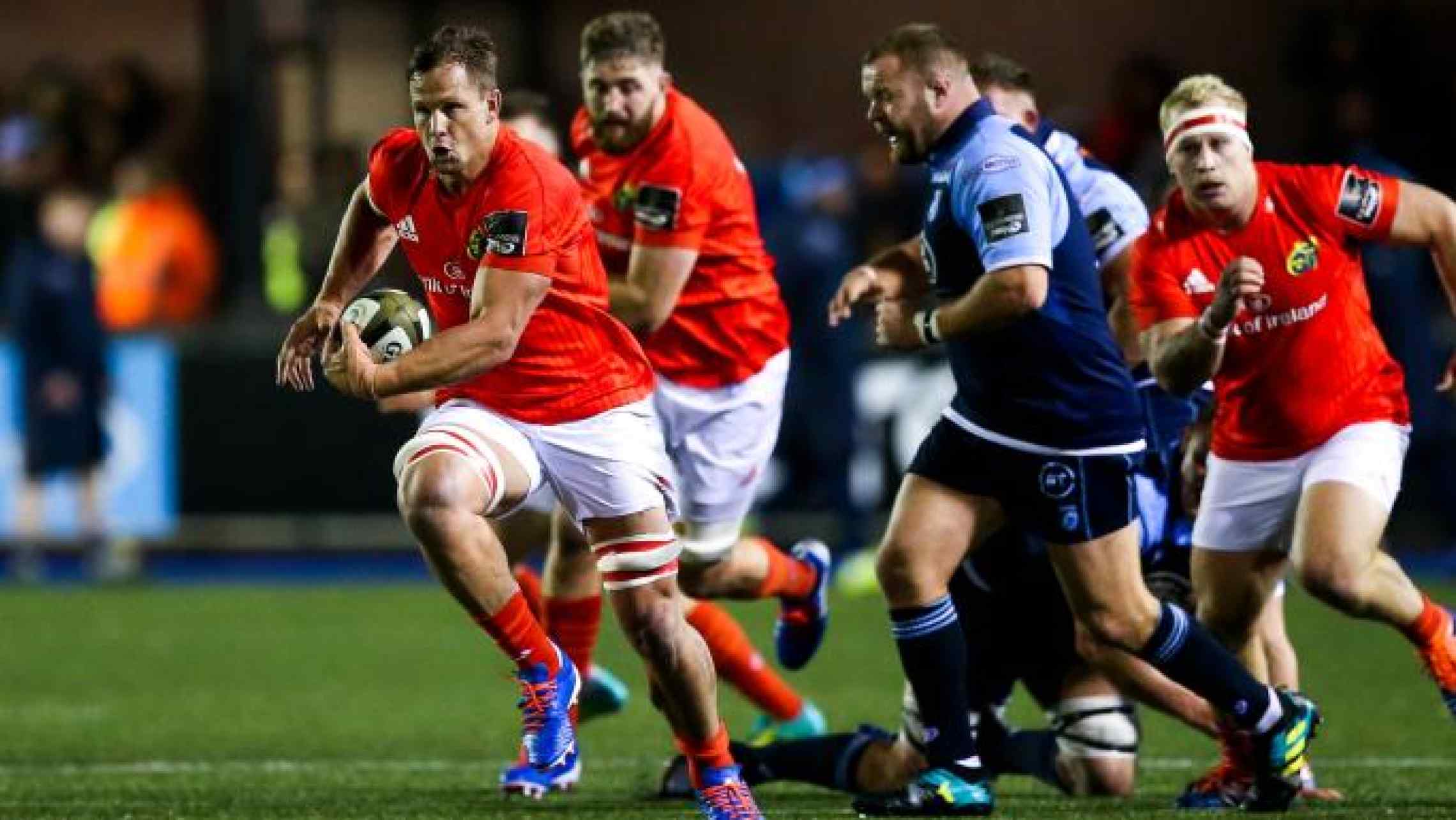 Cardiff Blues fell to a fourth straight defeat on Saturday night as a performance that was shambolic at times saw us go down at home to Munster.

Off the back of two away defeats where the games had been lost inside the first 20 minutes the emphasis for John Mulvihill was clearly on getting a fast start. Youngsters Corey Domachowski and Shane Lewis-Hughes came in to start, while Rey Lee-Lo returned at outside centre.

That emphasis didn’t work completely, as Cardiff Blues didn’t necessarily fly out of the blocks, but for the first time in a few weeks we led at the 20-minute mark thanks to the boot of Jarrod Evans and a consistently strong scrum.

Two penalties from him nudged us ahead of just the one from Munster’s JJ Hanrahan, but already there were signs that the home side were going to be obviously second best for most of the proceedings.

An attacking set around the 10-minute mark saw Cardiff Blues hold on to possession but never look like manufacturing a line break, before a missed tackle allowed opposition captain Jack O’Donoghue to ease through our defensive line, only stopped by a good tackle from Matthew Morgan.

That danger was averted but there was nothing the home side could do a few minutes later when Munster returned to our 22 and laid siege to the try line, eventually burrowing over through flanker Chris Cloete.

Hanrahan added the extras and increased the lead to seven points shortly after when Cardiff Blues infringed as the away side camped in the 22 once again.

Fortunately full-back Morgan, as has been the case in every game so far this season, was the only bright spark for the home side and continued his attempts to single-handedly drag us into some kind of contention.

A long kick that took a slightly lucky bounce pinned Munster back, and when the clearing kick into the wind wasn’t great there was an opportunity to strike on the stroke of half-time.

The multi-phase onslaught in the opposition 22 was at times laboured, slow and without direction. A penalty advantage was won and Jarrod Evans was screaming for possession, only for Lloyd Williams to ignore him.

Eventually though the forwards managed to do what we had failed to do so often in the last two games and convert pressure into points. Domachowski was the man who got over the line on his first start for almost two years, and Evans’ conversion levelled the scores at the break.

As the first half finished so the second half started as Evans actually pushed Cardiff Blues into a three-point lead after a Garyn Smith kick was touched in flight to give us field position and the away side were caught offside.

However, that was as good as it got.

The final half-hour of action was as bad defensively as it gets, but more than that it was as bad attitude-wise as it gets, as Munster cut through us far too easily to go from 16-13 down to 16-33 ahead in the space of just 23 minutes.

If we lost away to Glasgow and Ulster in the first 20 minutes, we lost this game during 20 minutes in the middle of the second half, as a crowd that was already low at 5,200 headed for the exits early having seen enough.

Credit to Munster, they attacked with variety and incision, and were physical at the breakdown, but it was nothing a defence that wasn’t leaking missed tackles and looking frankly unorganised should have been able to deal with.

Aside from the scrum and the performance of Matthew Morgan then positives are at a premium leaving John Mulvihill, who didn’t appear to hold back in letting his players know what he thought of their performance in the changing room afterwards, with lots of work to do.

A consolation score from Nick Williams on the back of a driving maul at the end was probably unfair on the scoreline, if anything, making it appear to be a 10-point winning margin for Munster when actually they were so much better than us.

Cheetahs are the visitors to the Arms Park next week, a team that started the season brilliantly at home and have only narrowly lost away at Connacht and Scarlets in the last two weeks. Only a brave person would bet against them at this point.