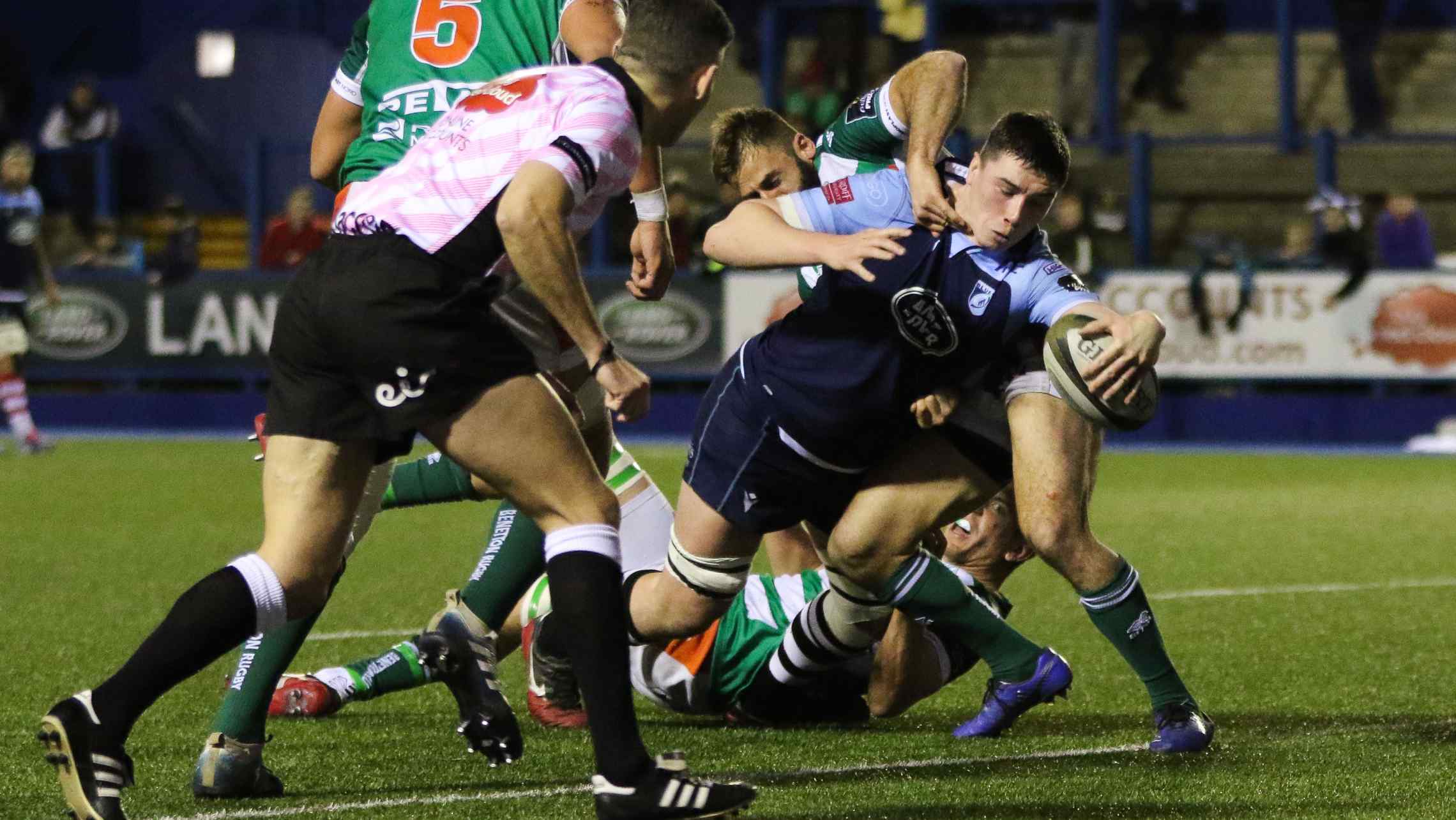 Cardiff Blues returned to winning ways on Sunday as a comprehensive second half performance earned a comeback victory and a try bonus point against Benetton at the Arms Park.

Last week’s 29-0 loss away at Connacht required a response, with John Mulvihill making four tactical changes as well as an injury enforced switch, looking for the double over the Italian side and to prevent them from winning at CAP for a ninth time.

However, the early indications were not good as Cardiff Blues started very slowly, kicking possession away aimlessly and looking unorganised in the backs, while the away side came out ready to dominate physically up front.

After 10 minutes it was the poor kicking that led to the first try of the game, when Monty Ioane received the ball in space and beat Liam Belcher and Jason Harries with ease before putting Ian Keatley over to score.

He couldn’t convert that one but he did 10 minutes later as Cardiff Blues’ discipline became an issue. Benetton kicked to the corner and although the driving maul was stopped short, Irne Herbst was on hand to push over after two more phases.

There had been some attempt from the hosts to get back into the game, Olly Robinson with a smart offload to send Liam Belcher into the 22, but a lack of composure had prevented the conversion of that line break into a try.

However, two minutes after the second try Cardiff Blues did get on the scoreboard when a smart Ben Thomas kick was not cleared properly by the Italians and a well-worked red zone attack eventually saw the ball moved to Jason Harries out wide to touch down.

Tovey notched the conversion to make the score 7-12, but just before half-time Benetton struck again when big number eight Toa Halafihi was able to drive over from close range with Keatley converting.

It had been a lacklustre half from Cardiff Blues, try aside, to say the least. The Arms Park was largely empty owing to the kick-off time and last week’s result, and the whole spectacle was a flat one as the teams headed in at the break.

John Mulvihill must have felt the same way at half-time, as the players seemed to have more about them at the start of the second half, with even the replacements being kept in the dressing room for the majority of the break.

Six minutes into the second half and the home side were over the try line again, as Josh Turnbull burst into the Benetton 22 before the ball was recycled to the left wing where Garyn Smith was able to wriggle free from contact and score.

The momentum continued to swing in Cardiff Blues’ direction when Ian Keatley was sent to the sin bin for a deliberate knock on, and we were quick to take advantage as a free play after a maul infringement saw Jason Tovey kick cross-field with the ball sitting up perfectly for Ryan Edwards to bag his first try for the club.

Tovey was able to convert to level the scores at 19-19, but just as things seemed to be working in favour of the home side a lax defensive set allowed 14-man Benetton to make good ground up the field before some really poor tackling allowed Halafihi to get over for his second try of the game.

Behind on the scoreboard once again, Mulvihill looked to his bench to reinvigorate the team and after a period where the game dipped due to the amount of changes, a moment of magic from Ben Thomas got Cardiff Blues going again.

Taking a loose pass behind him on the bounce he beat a defender on the outside to take us towards the try line, before Seb Davies managed to reach out a lengthy arm to touch the ball down for a bonus point try, with Tovey converting to put us ahead for the first time.

Tovey added another three points from the tee shortly after, with Benetton penalised for using their hands on the floor, before his kick into space led to a fifth and final try for Cardiff Blues.

The away sides clearance was a poor one finding Jason Harries on loads of space. He went across field with Ryan Edwards nearly getting over but Lewis Jones was on hand to snipe down the blindside and score his first league try for nearly six years.

In the end a 34-24 bonus point win looked comfortable enough on paper, and the players deserve credit for coming from behind twice to secure the five points, especially on the back of last week’s performance against Connacht.

However, that credit is running out as Cardiff Blues fail to find the consistency in order to string results together, while the first half showing on Sunday at the Arms Park was also way under-par. With Conference-topping Edinburgh up next, waiting until after half-time to start playing is not going to be good enough.