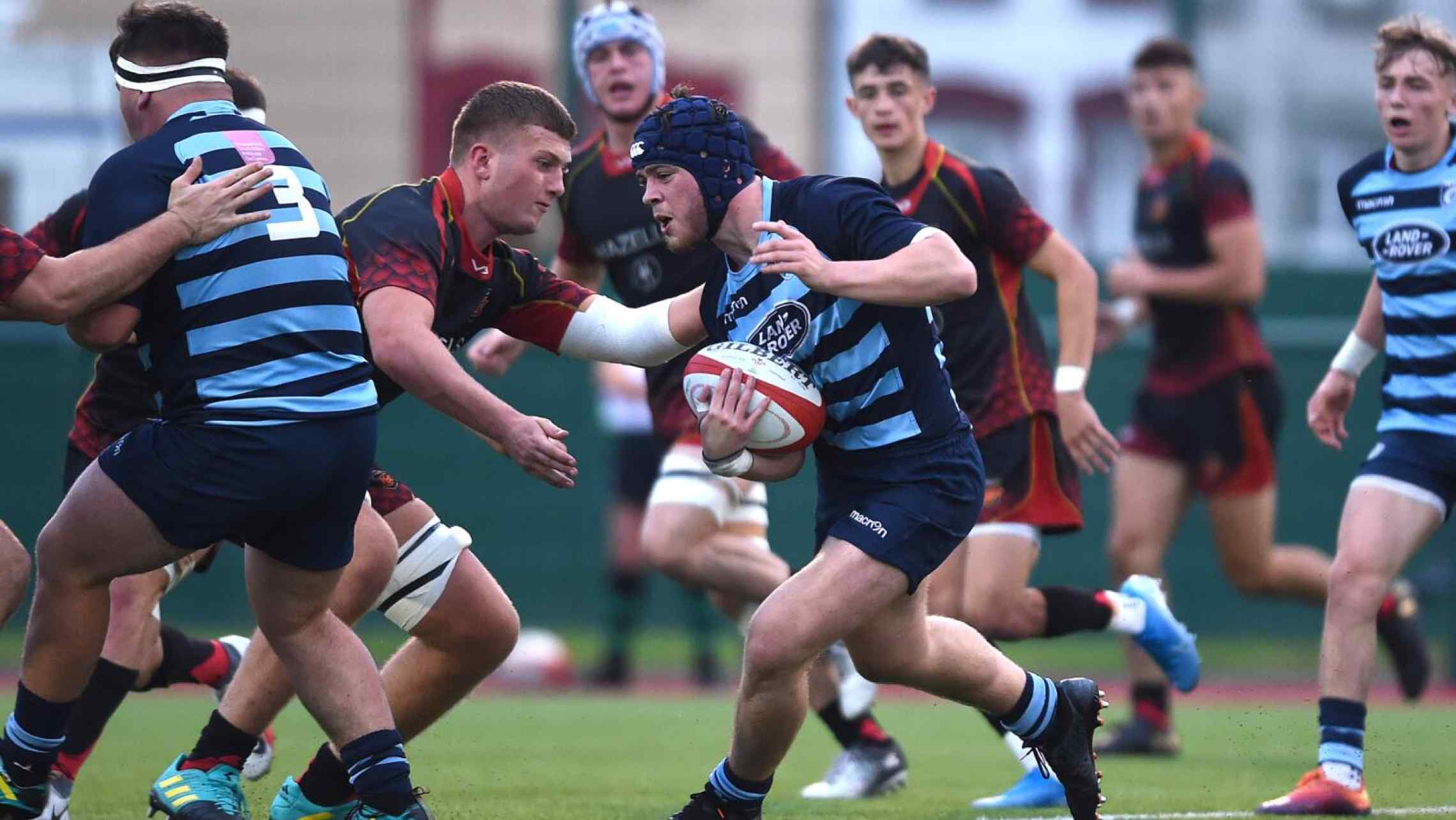 The start to the season has been a successful one on the whole for the Cardiff Blues Development Pathway, with plenty of wins across Regional Age Grade Championship, WRU College League, BUCS Super Rugby and in the Indigo Group Premiership.

We’ve had a look at the development action around the region so far this campaign.

Cardiff Blues U18 sit second in the table after the first block of fixtures, courtesy of two wins and a loss.

The season got off to a flying start as the young men coached by Craig Everett and Aled James overcame Dragons U18 away at Ystrad Mynach, before beating RGC at home at the Arms Park, with 71 points scored across the two games.

Unfortunately they came unstuck against Ospreys at Aberavon in the last game of the block, but the number of Cardiff Blues U18s involved in the Celtic Cup is proof that there is plenty of talent in this squad and they are in a good position ahead of the next fixture set in the New Year.

In the age grade below it hasn’t been the dominant showing we’ve been used to over the last two seasons at U16 level, but both Cardiff Blues North and South are in position to strike up the table ahead of the second set of fixtures.

The North started with a win away at Dragons Red before losing at home to early pace setters Ospreys East. However, a hard earned 7-7 draw away at Scarlets East helped them to a mid-table spot by the end of the block.

The South played four games in the first set of fixtures, losing away at RGC and the same Ospreys East team, but creating a fortress at home where Scarlets East and Ospreys West were dispatched.

All three teams return to action in January for the culmination of the Regional Age Grade Championship.

It’s been a strong start to the WRU College League campaign for the four Cardiff Blues pathway teams as they enjoy a week off for half-term this week.

Whitchurch currently sit ninth but have got playing high flyers Coleg Sir Gar and Cardiff & Vale out of the way, and recorded impressive wins over Newport High School and Coleg Llandrillo, while Ysgol Glantaf are fifth and just six points off top with four wins from their six games.

Impressively though the current top two are both Cardiff Blues pathway teams though, as Cardiff & Vale lead the way with four wins, a draw and a loss from their six games, while reigning champions Coleg y Cymoedd are second with a 100% record but having played a game less.

The key fixture after half-term will be in the week commencing 11th November, as old rivals Cymoedd and Coleg Sir meet to decide who will likely take pole position in the table.

For the second season in a row both Cardiff University and Cardiff Met’s 1st teams will take part in the premier University rugby competition this season.

Six rounds have taken place so far and it’s been a mixed bag for Cardiff Met with defeats away at Exeter and Durham, but two wins over Hartpury and a victory against Loughborough leave them with a winning record so far.

Cardiff Uni on the other hands started brilliantly, with wins over Hartpury and Northumbria, but four defeats in a row has knocked confidence somewhat.

There is no better way to bounce back for Uni though than by taking on Swansea next week, as the Welsh Varsity sides meet in Super Rugby for the first time since the latter’s promotion.

There’s little place to start when it comes to the Premiership other than Cardiff RFC, as the Blue and Blacks currently top the league with five wins from five games, the best ever start to a season in the semi-professional era.

Steve Law’s men are enjoying a seven-point lead at the top at the moment, ahead of a tight chasing pack with just three point separating second and fifth. Two of the teams in that pack are the other Cardiff Blues pathway sides, as Merthyr and Pontypridd recover from slow starts.

Both sides had just one win from their first three games, but Pontypridd have won back-to-back games for the first time this season to creep up the table as the festive period approaches.

Merthyr on the other hand could only record one win from their first four games, a very out of character set of results for the three-time league champions, but with head coach Dale McIntosh now back from Rugby World Cup duty with Namibia they will be hoping to turn their season around over the next few weeks.

Things are hotting up in the Premiership as winter draws in, with all three Cardiff Blues pathway sides playing each other over the next two months.