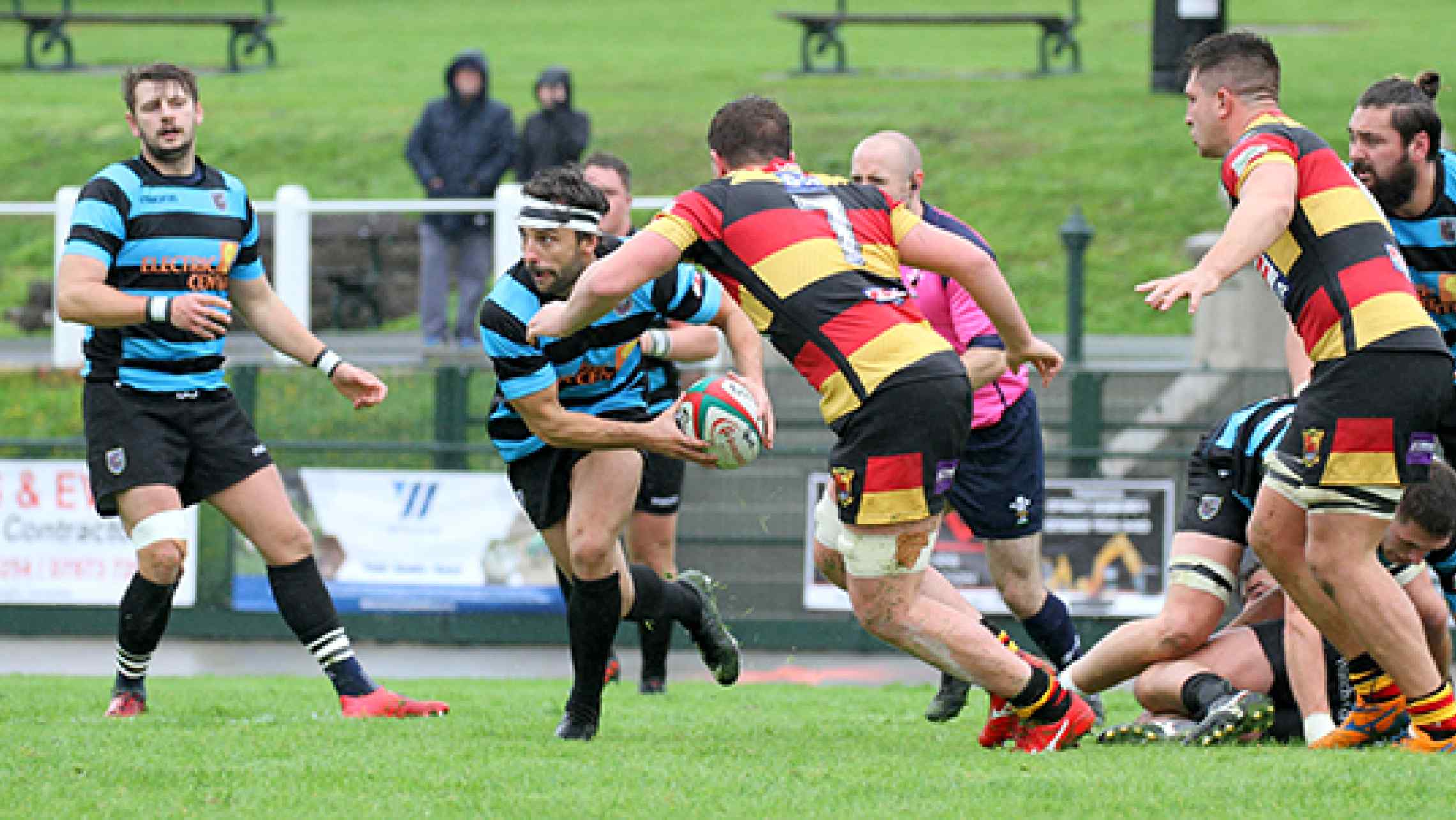 Saturday afternoon was a miserable affair right across South Wales as Autumn arrived thanks to the rain and cold.

For the Cardiff teams in action, RFC and Blues A, it seemed to put a real dampener on player spirits and they did little to give hardy supporters in Carmarthen or at the Arms Park something to cheer about.

After a heavy defeat at the hands of Leinster A the week before, Cardiff Blues A were looking to bounce back to winning ways in the Celtic Cup with a win over Ulster A.

Richie Rees and T Rhys Thomas made a number of changes as Ben Thomas and Harri Millard formed a new centre partnership, with Dane Blacker at scrum-half and Cardiff RFC's Fraser Young packing down at loosehead.

In a low scoring game at the Arms Park, Ulster took the lead as Aaron Sexton ran clear after a sustained Cardiff Blues A attack, and that would be the story of the game.

The home side spent long periods in the opposition 22 but could not work their away across the try line as weather conditions prevented either side from building momentum. A solitary Ben Jones penalty was the only home score of the day, but the players will no doubt take plenty away from operating at a wet CAP.

At the same time in West Wales, Cardiff RFC were also struggling with the weather, despite heading in at half-time with a 9-10 advantage thanks to a wonderful piece of skill by Steffan Jones to poke a kick through for Will Rees-Hole to score.

Former Scarlets full-back Aled Thomas was accurate off the tee for the home side, and a misfiring Blue and Blacks set piece caused us problems in the conditions while the Quins managed to get their driving maul going for an important score in the second half.

Cardiff threw the kitchen sink at the Carmarthen line late on, but only came away with a losing bonus point to show for their endeavours.

Both sides are in home action this week as a double header takes place at the Arms Park. Cardiff Blues A are up first as they take on Munster A at 14:30, before Cardiff RFC welcome Bargoed RFC for a 16:45 kick-off.

However, all was not lost last weekend as Cardiff Blues Women made it two wins from two to start the Women's Regional Championship season in style.

Scarlets were the team we faced at Ystrad Mynach, and it was off to a flyer as Raf Taylor before extending the lead 10 minutes later and nailing down her hat-trick before the half-time break.

That 17-0 lead seemed commanding enough, but the opposition slowly worked their way back into the game and by the 65th minute were ahead thanks to three tries and a penalty kick.

It seemed at this point like Cardiff Blues might suffer a first loss of the season, but a 77th minute winner from Angharad De Smet secured the win in style and the team head on to face RGC this Sunday at St Helens in Swansea.