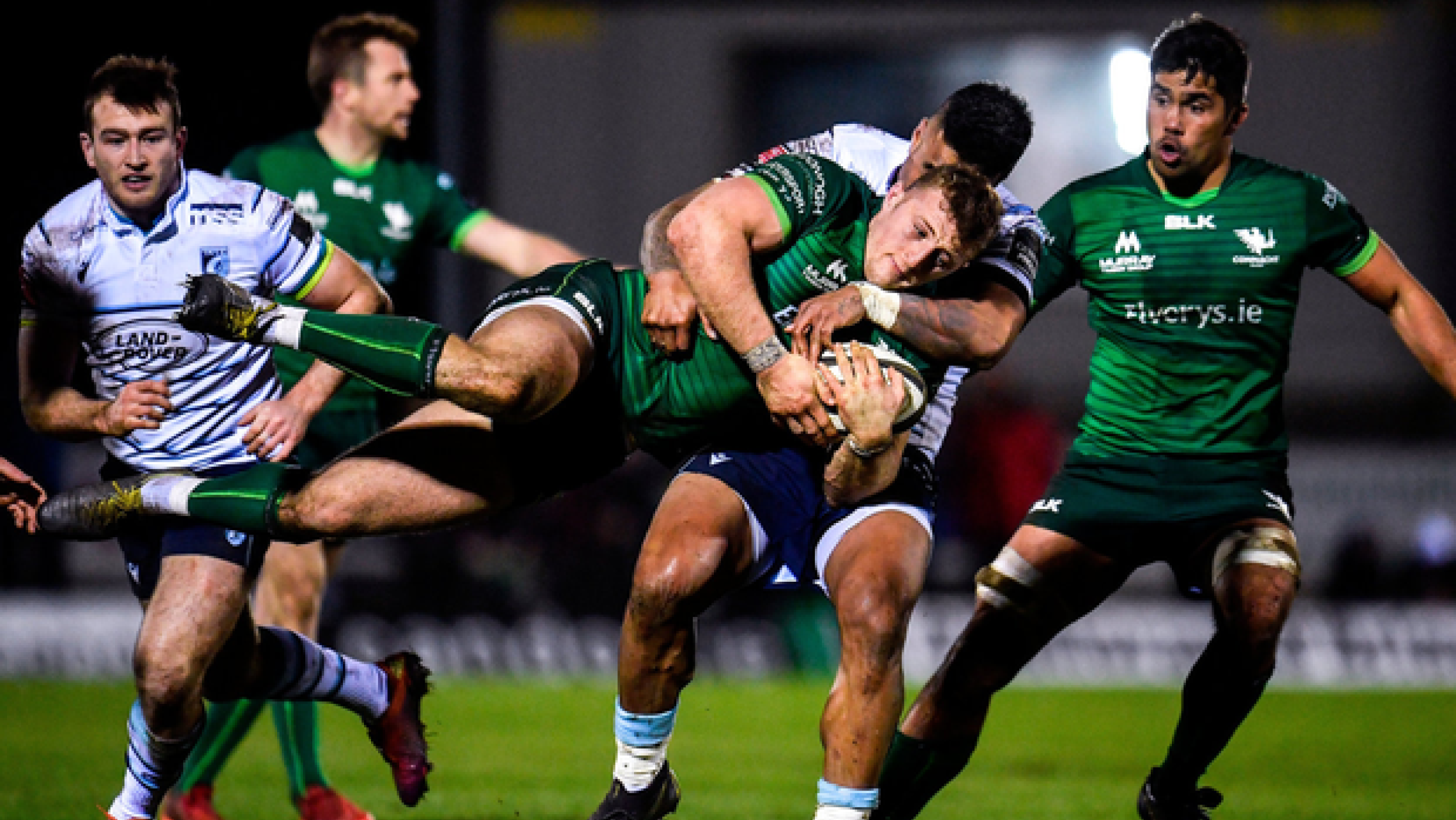 Cardiff Blues started an important mini-block of fixtures during the Six Nations period with an embarrassing defeat away at Connacht on Saturday night.

There were hopes that good results against three Guinness Pro14 Conference B rivals over the next three weeks would put John Mulvihill’s men in position to strike for the play-offs in the final part of the season, but that is now more of an uphill climb than ever after the performance in Galway.

However, Kris Dacey and Hallam Amos were both fit to be involved in the 23, Seb Davies was released from Wales’ Six Nations squad and Ryan Edwards signed on loan from Bristol to bolster the squad.

It was clear from the outset that Storm Dennis would make the weather even worse at the Sportsground, as Dmitri Arhip fumbled the ball during Cardiff Blues’ first phase in possession and the home side tried to take full advantage.

A cutting Connacht attack split our defence open and only a desperate covering tackle from James Ratti and a brilliant turnover from Olly Robinson saved us from conceding an early try, although Jack Carty was able to open the scoring with a penalty from the tee.

The home side continued to keep the pressure on throughout the first quarter but Cardiff Blues repelled the attacks as Robinson continued to do fine work at the breakdown, earning three turnovers in the first 18 minutes, while Ratti was in mauling mode as he stopped a drive towards the line in expert fashion.

Successive scrum penalties helped get us out of our 22 momentarily but more handling errors kept giving Connacht the chance to kick well into the top right hand corner of the field and the away lineout was looking even shakier than it had all season.

With two lineouts already lost, this one on our own five metre line was overthrown and landed straight in the grateful arms of opposition hooker Dave Heffernan who had a simple run over the line for the first try of the game, Carty adding the extras.

Despite continually winning the battle of the breakdown, Will Boyde this time earning a superb turnover, there was no luck going Cardiff Blues’ way as Rey Lee-Lo headed off for a HIA before Josh Turnbull was quite clearly played in the air at a lineout but no penalty was forthcoming.

On the back of that Connacht pushed forward and with Dan Fish out of position having gone in to a breakdown, Carty spotted space in behind to nudge a kick through for Peter Robb to get on the end of.

15-0 down at half-time with no attacking visits to the opposition 22 and a gluttony of handling errors and lost lineouts, it was looking ominous for Cardiff Blues, and things didn’t improve early in the second half.

With the wind more at our backs after the break the kicking game should have been more of a weapon but it was dreadfully executed, allowing Connacht to continue dominating possession and territory, especially when Hallam Amos caught a pass while stood in touch.

In the end it was the home side who got the next score and killed the game as a contest when a perfect flat pass from Carty cut out a number of Cardiff Blues defenders. Space opened up in front of Denis Buckley who managed to get the ball out to John Porch and the winger went under the posts with Carty converting.

Eventually after 55 minutes of play we did find touch in the Connacht 22 through Dan Fish, but when going through the phases in a bid to get on the scoreboard the ball squirted out of a breakdown into the grateful hands of Kyle Godwin who ran 80 metres to secure his side’s bonus point.

Carty converted for a 29-0 lead and that’s how the scoreline stayed, despite the Irish side playing with 14 men for 10 minutes when Buckley was sent to the sin bin.

Just an entirely abject performance from Cardiff Blues who only created three line breaks, although this writer can only recall one, hardly threatened the Connacht try line and were realistically lucky to score zero.

14 handling errors and a lineout that was so amateur it’s an insult to grassroots rugby to call it so contributed to an evening that will go down as one of our worst performances, while the defence wasn’t entirely solid and the kicking game invited pressure on ourselves rather than giving us field position.

There’s no hiding from it from John Mulvihill and his men, and perhaps the best thing to do is retain the memory of Saturday night in a bid to realise how unacceptable a performance like that is. Then put it right against Benetton at the Arms Park next week.