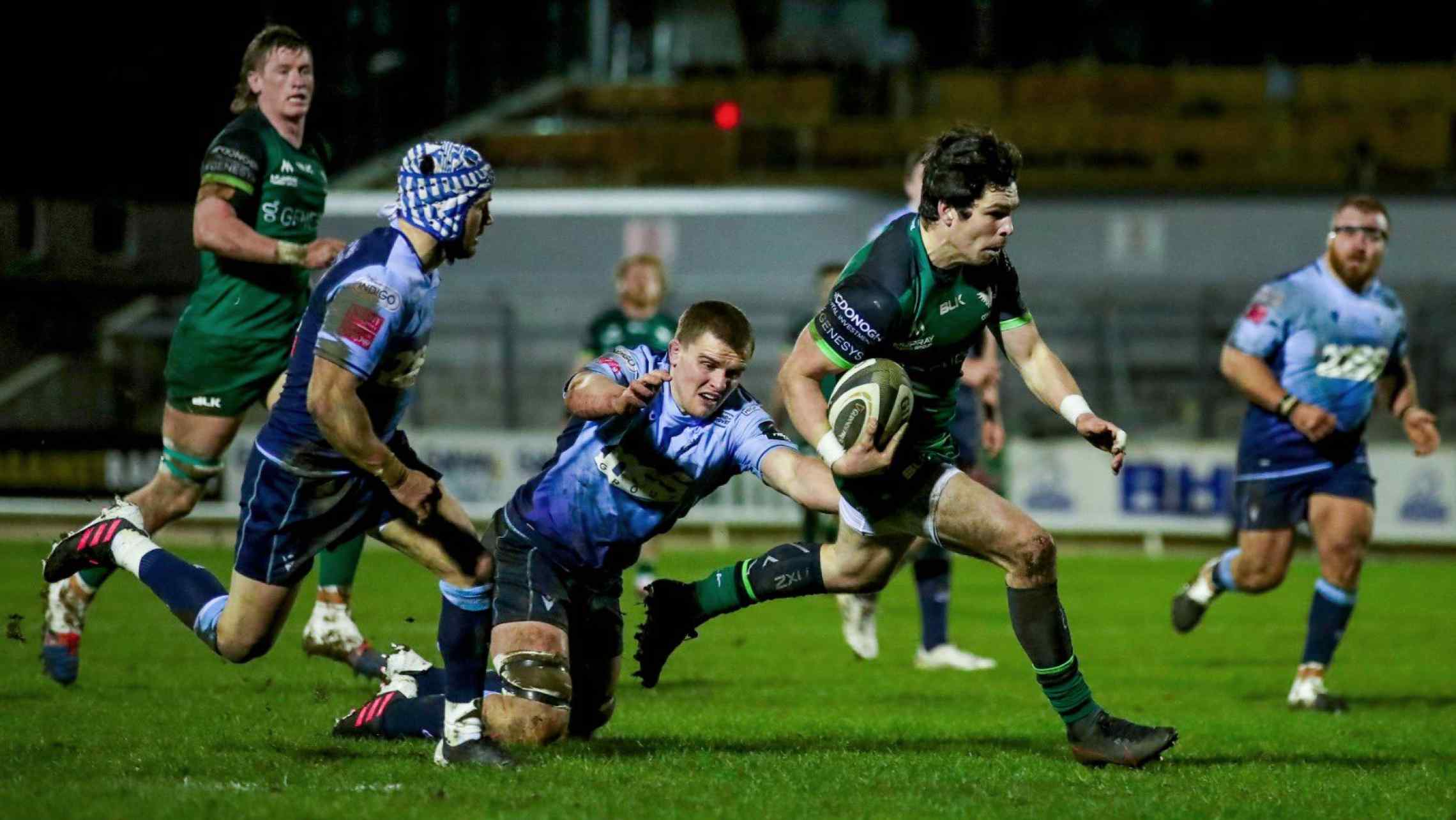 Cardiff Blues fell to a disappointing and controversial defeat away to Connacht on Saturday night as a bid to make the top three in the Guinness Pro14's Conference B got off on the wrong foot.

Dai Young was hit by international call-ups already leading into the game, but was then dealt a further blow when Mason Grady and Ben Thomas were prevented from travelling to Ireland due to inconclusive coronavirus tests.

However that didn't prevent Cardiff Blues from starting well as Jason Tovey edged the early kicking battle against Jack Carty before Lloyd Williams put Aled Summerhill into space down the left. He was tackled short and his offload didn't go to hand, but Ellis Jenkins was close by to win his first breakdown penalty over the ball from the next tackle.

We kicked to the corner from that and after Liam Belcher went close from the driving maul, and then Jenkins himself was only inches away from a try, it was Rhys Carre who powered over to score his first try for the club from close range, with Tovey adding the extras.

There was no panic from Cardiff Blues though, playing into a strong Galway gale in the first half, as a 15-phase attacking set piled the pressure on the hosts and eventually forced them to go off their feet with Tovey extending the lead by three.

Unfortunately though there were two defensive lapses that really cost the Welsh side just before half-time as Connacht got their noses in front. Firstly, a mis-read from the visitors missed the hosts switching their attack from the right to the left and Alex Wootton was able to take advantage of a mis-match up against Liam Belcher to glide through and score.

Then it was that man Wootton again who beat the tackle of Harri Millard and scored his second try in five minutes, with Carty converting both to make the score 10-20 at the break.

Cardiff come out with a sense of urgency after the interval, but while the ambition to play some rugby and move the ball around a bit in order to force our way back into the game was there, unfortunately too many errors prevented Dai Young's men from ever looking like the win was possible.

Jason Tovey missed a shot at goal, striking the upright, before issues with the scrum and lineout allowed Connacht off the hook, but another key Ellis Jenkins turnover allowed a kick to go into the corner. Kirby Myhill spun off the set piece to go close before Corey Domachowski was on hand to score the second away try of the night, with Matthew Morgan converting.

Then the controversy kicked in as referee Andrew Brace awarded a very suspect looking penalty to the home side for Cardiff collapsing a maul, when it looked clear that a green jersey had taken the drive to ground, before the subsequent lineout was very questionable in it's straightness, as Connacht drove over to extend their lead.

Following on from that there was a touch-and-go penalty call against us, before Max Llewellyn was adjudged to have taken the ball back over his own try line, although television replays suggested otherwise, and from the resulting scrum Abraham Papali'i drove over despite referee Brace clearly impeding the tackle of Llewellyn.

The referee and TMO Frank Murphy, who played 100 times for Connacht, decided there was nothing wrong with his positioning in a decision that even baffled the Irish commentators, and the hosts took a bonus point win away from a game that was essentially ruined by the refereeing in the final 15 minutes.

Despite that though, Cardiff were not deserving of the win on the night. The defensive lapses in the first half and the handling errors in the second half were too serious to compete against a side that has no players missing and is challenging for the top three.

It puts Dai Young's men on the back foot in the bid for Heineken Champions Cup qualification, with three wins from the final three games now realistically needed to ensure a place at European rugby's top table for next season, starting with Munster at the Arms Park on Friday night.