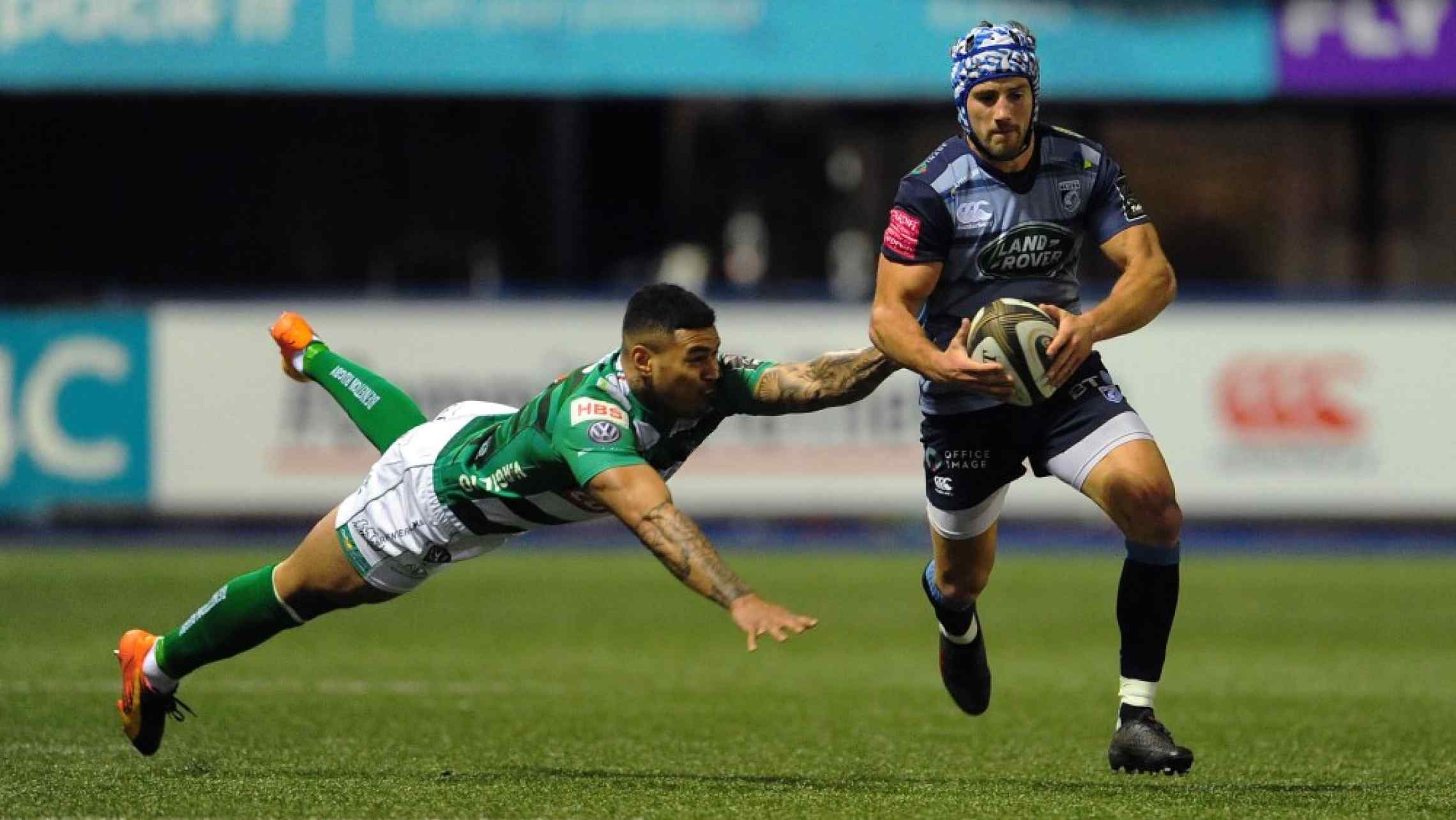 After a loss for the Scarlets and a win for Edinburgh so far this weekend, Dai Young's side know that bouncing back from the back-to-back losses to Connacht and Munster is vital in order to maintain outside hopes of a third place finish and even to secure a fourth place finish in Conference B.

To do that it means overcoming Benetton, a side who have lost all 12 games they have played this season, all coming in the league with both their European fixtures called off, with the most recent being at the hands of Connacht two weeks ago. They have the third worst attack and the worst defence. They have scored 16 points per game, and are conceding nearly 26 points per game.

The bad news statistically keeps coming for the Italian side as Cardiff have won the last three encounters between the teams, most recently at Rodney Parade when tries from Rory Thornton, Owen Lane and Ben Thomas secured a 22-5 victory, while the last visit to Treviso saw Jason Harries score a dramatic late winner for a 28-31 win in November 2019.

In order to break that, outgoing Benetton head coach Kieran Crowley will have to rely on a largely makeshift side thanks to injuries and international call-ups to the Italy squad.

Inexperienced Argentinian props Thomas Gallo and Ivan Nemer pack down either side of Corniel Els, who has spent most his career playing in South Africa's Currie Cup. Davide Ruggeri and Manuel Zuliani are named as flankers, both permit players from the part-time Italian Top12 league, while 19-year-old lock Riccardo Favretto is selected at number eight.

The backline is more experienced, with Italian internationals Tommaso Allan, Luca Morisi, Luca Sperandio and Jayden Hayward included, as well as Iliesa Ratuva who has a number of Pro14 appearances over the last two-and-a-half seasons, but the bench seems to include two hookers and no obvious loosehead props.

Cardiff Blues' bid to make it four wins in a row over Benetton sees Dai Young bringing in Liam Belcher and Keiron Assiratti into the front row, while Olly Robinson replaces Shane Lewis-Hughes, who is out for the rest of the season after shoulder surgery.

On the bench there are nods for Iestyn Harris and Alun Lawrence, while Rhys Gill and Jason Harries could make their first appearances of the season, Dillon Lewis returns from injury and Jarrod Evans is released from the Wales squad for the weekend.

It's forecast to be a dry and bright day in Treviso on Sunday, and Cardiff Blues will be confident of going up against Benetton, asserting some forward dominance and giving the unchanged back line the opportunity to play with freedom and confidence.

If we can get the upper hand early it could kill the life from Benetton inside the first quarter, as would be expected from a side that hasn't won all season. Then it's on our heads to execute our skills correctly and not frustrate ourselves if parts of the game don't go entirely our own way.

Play smart and the result will come, start panicking and we will end up our own worst enemies. It all comes down to this week for Dai Young's men, two wins could make it an acceptable season after all. Come on Cardiff!