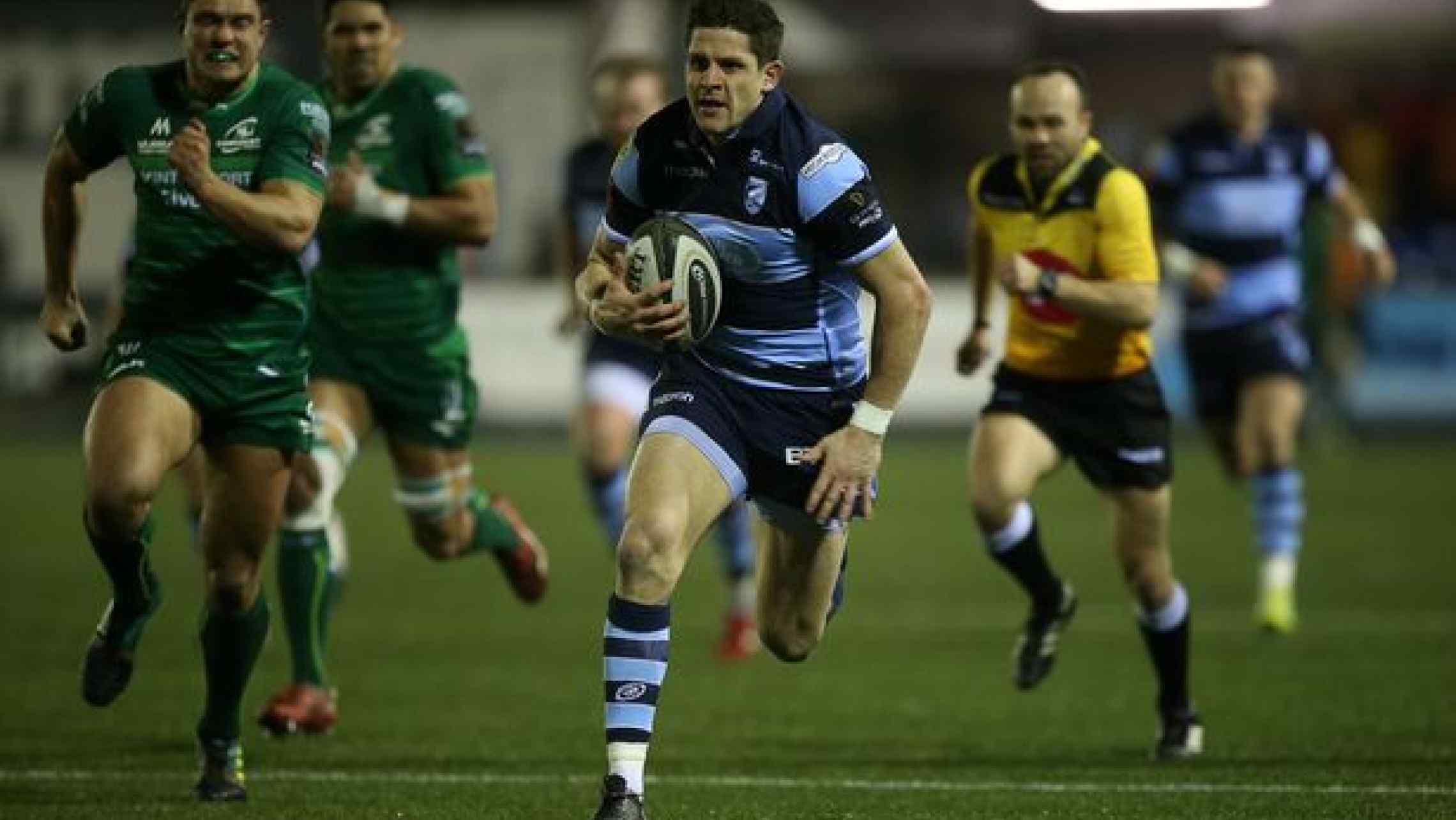 They won't be welcomed to the Arms Park though, with the plastic surface requiring replacing after damage suffered as part of the Calon y Ddraig field hospital. Instead we will once again call Rodney Parade 'home', the second time we have done so after the win over the Ospreys back in August.

John Mulvihill will be hoping his squad can transfer their home record against Connacht over to Newport, with Cardiff Blues having beaten the Irish side on nine of their last ten visits to the capital, most recently in January 2019 when a superb Owen Lane finish secured a narrow 8-7 win

However, the Galwegians have been victorious in both of the most recent fixtures between the side, both played at the Sportsground, where refereeing controversy was the big news in a 29-22 triumph in April 2019 before an abject performance led to a 29-0 hammering back in February this year.

Connacht come into the fixture on the back of a battling 28-24 victory over Glasgow Warriors in Galway last weekend, and head coach Andy Friend has largely kept faith with the side that got them off to a winning start, making just two changes

Eoghan Masterson is preferred to Paul Boyle in the back row, with captain Jarrad Butler moving to number eight, while Tom Farrell isn't included in the centre with former Munster man Sammy Arnold partnering Bundee Aki.

Aki is one of six players named who were included in the Ireland squad this week, alongside hooker Dave Heffernan, tighthead Finlay Bealham, lock Quinn Roux, and half-back pairing Kieran Marmion and Jack Carty.

John Mulvihill has also largely stuck with the starting XV that ran out away at Zebre last week, with three changes made

Two are enforced with Liam Belcher injured, so Kirby Myhill starts at hooker with Kris Dacey coming on to the bench, while Josh Turnbull starts a three game ban so James Botham moves around to number eight, Olly Robinson starts at openside and Alun Lawrence is named on the bench.

The other change is tactical as Dillon Lewis starts at tighthead prop, swapping places with Dmitri Arhip who drops to the bench.

With the weather set fair on Saturday night in Newport it could well be a entertaining game between two fairly well matches sides who have a similar outlook on fast-paced, attacking rugby, and will be hoping to challenge for a play-off spot come the end of the season.

John Mulvihill's men will be keen to make amends for the performance out in Galway earlier this year, as well as lay down a marker as a play-off contender in Conference B. A win on Saturday evening would be the first time we have won the first two games of a season under the Australian.

A defensive performance like last week and some more attacking flair on a familiar track in better weather will be required to get the better of Connacht, but the squad selected is certainly capable of securing the win. Developing consistency is key, come on Cardiff!