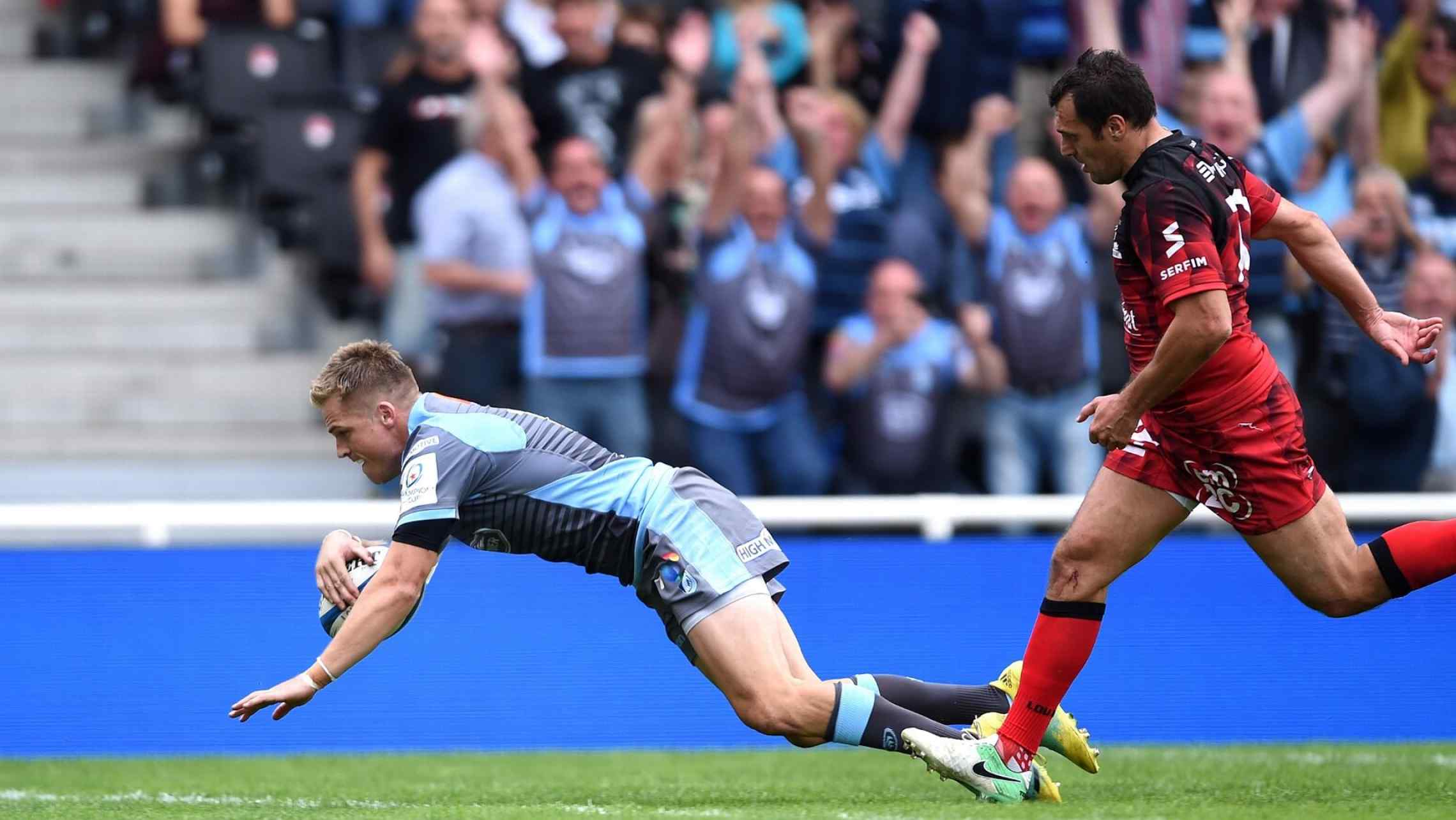 The Cardiff Blues involvement in this season's Heineken Champions Cup comes to an end this weekend as Lyon arrive at the Arms Park for a pride battle.

Neither side are in a position to qualify from the pool, with the home side in third place on five points, while Lyon are bottom and have failed to secure a point so far, despite the fact that they currently sit fifth in France's Top14.

In fact, if you look at just their league form, Lyon are on a run of four wins in six including a huge 41-6 victory at home against Stade Francais, and a road win at Montpellier.

However, after a 21-30 home loss to Cardiff Blues back in October to start the Heineken Cup pool stage, it seems they pretty much gave up competing in Europe, choosing instead to focus on the league. As a result they have conceded 18 tries and 150 points in their five games so far.

That win for John Mulvihill's men made it three wins in a year over Lyon, having done the double on them in last year's Challenge Cup pool stages, with Olly Robinson, Tomos Williams and Gareth Anscombe scoring the tries as we were victorious at Stade de Gerland earlier this season.

The opposition team that played that day is almost unrecognisable from that which will arrive at the Arms Park this weekend though, as only three players survive in the starting XV from October.

Rudi Wulf continues at outside centre, while Toby Arnold is still in the side but is at full-back rather than on the wing. The sole surviving forward is Louann Goujon, who plays at second row after being at number eight previously.

There is still some international quality in the XV though as 15 times capped Wallaby Liam Gill captains the side from flanker, while French international Alexis Palisson is on the wing.

For Cardiff Blues John Mulvihill has made 11 changes from the team that performed valiantly in scoring a try bonus point against Glasgow Warriors at Scotstoun last week.

Up front there is an all-new front row of Rhys Carre, Liam Belcher and Dmitri Arhip, while Macauley Cook joins Rory Thornton at lock. In the back row Josh Navidi survives and is joined by Josh Turnbull and Nick Williams, who captains the team.

A new half-back duo seems Tomos Williams and Jarrod Evans team up for the first time in a while, with Jarrod also part of the re-forming 10 and 15 axis with Gareth Anscombe. Rey Lee-Lo joins Harri Millard in the centre while Aled Summerhill is on the opposite wing to Owen Lane.

On the bench there are returns for Corey Domachowski, Olly Robinson, Garyn Smith and Matthew Morgan, while Lewis Jones could make his 100th Cardiff Blues appearance if he comes on.

It's a very attacking side that Mulvihill has named as Cardiff Blues bid to finish the competition on a high and aim for a try bonus point win that will see us end on 10 points, which would arguably be a decent return as we play in the Heineken Cup for the first time in a few years.

A win would also be a big confidence boost ahead of what is an all-important Guinness Pro14 encounter next weekend against Connacht, and on into the Six Nations period of the league where seasons are made or lost.

Just generally it would be great to see another Heineken Cup win at the Arms Park so get your tickets if you haven't yet and hopefully enjoy a feast of attacking rugby. Come on Cardiff!

Karl Dickson (ENG) - Although he has not been to the Arms Park as a referee, Dickson has attended as a player. He is a former Harlequins scrum-half, but this is his debut in the Heineken Cup as an official.