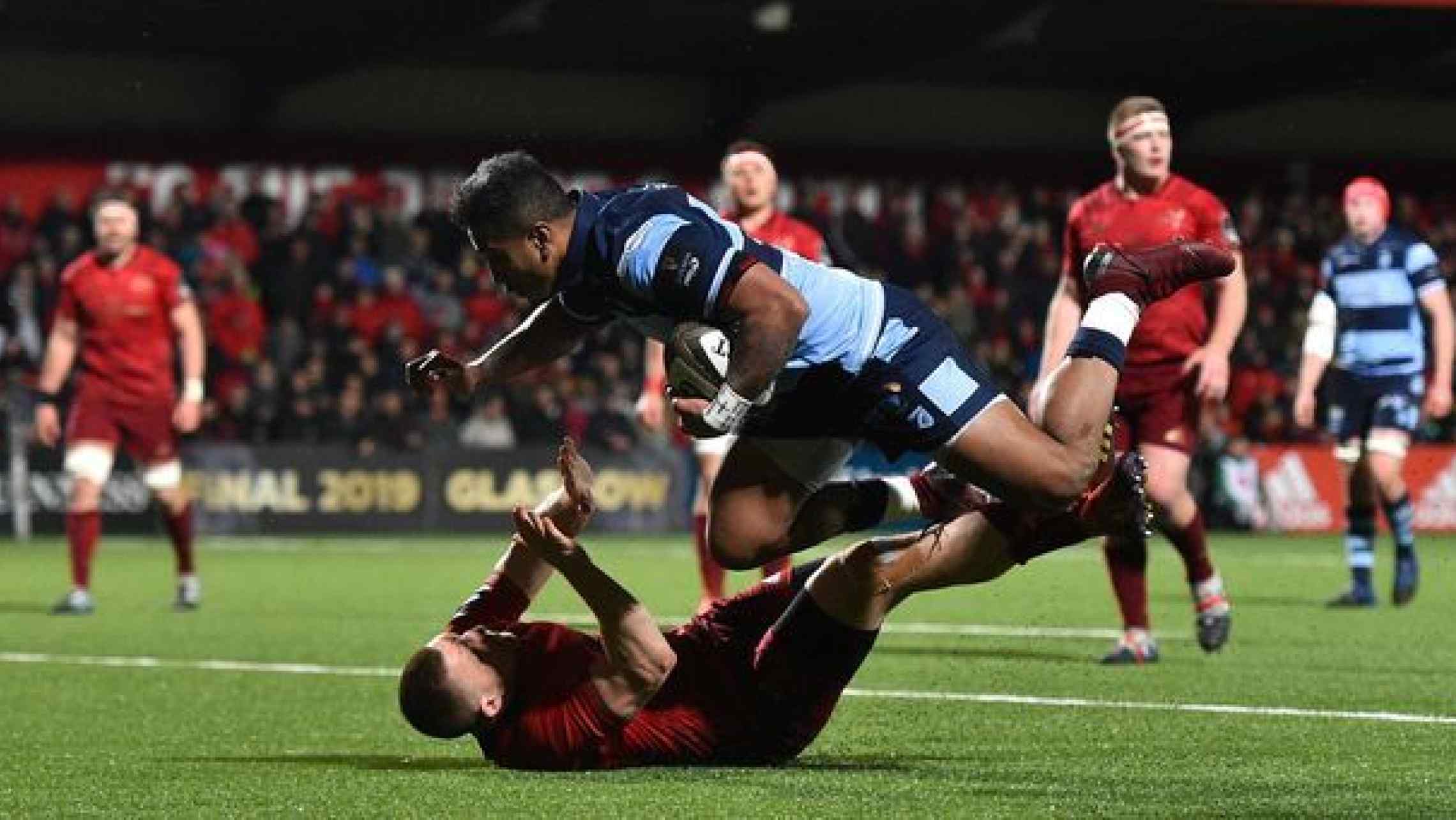 Cardiff Blues are looking to get back on the winning train on Saturday night after three straight defeats, with Munster the visitors to the Arms Park, 7.35pm kick-off.

Off the back of losses at home to Edinburgh and away to Glasgow and Ulster there is a risk that John Mulvihill’s men lose touch with the top four in the Guinness Pro14’s Conference B even this early in the season.

One of those top four is Saturday’s opponents Munster, but Cardiff Blues can take confidence from the fact that we have beaten the Irish side in both of the last two games at the Arms Park.

A 25-18 scoreline in February 2018 was followed by a convincing 37-13 victory early last season thanks in part to an inspired performance from Willis Halaholo. That win also followed a home loss and two away losses and sparked the season into life for the home side.

Munster themselves come into this game on the back of a positive start to the season results-wise, with three wins and a loss so far. The victories came at home to Dragons and Ospreys, and away to Southern Kings, with the defeat away to Cheetahs.

However, despite looking good on paper there is a feeling that performances haven’t quite hit top gear yet, and that is perhaps reflected in the team selection as head coach Johann van Graan makes 11 changes to the starting XV that beat Ospreys last week.

Some of those changes can be put down to players returning from injury, particularly in the case of flanker Chris Cloete, centre Sammy Arnold and winger Alex Wootton.

However, the inclusion of youngsters Keynan Knox and Fineen Wycherley does appear to be an attempt to shake things up in the starting XV, with only Shane Daly, Calvin Nash, Dan Goggin and Jack O’Donoghue retaining their places.

Cardiff Blues, on the other hand, have largely stuck with the same matchday squad so far this season, despite the poor results that have come with it.

John Mulvihill makes just three changes for Saturday, with the main one being the return of Rey Lee-Lo from Rugby World Cup duty as he slots in at outside centre with Garyn Smith shifting inside and Willis Halaholo dropping to the bench.

Corey Domachowski makes his first start for almost two years with Brad Thyer switching to the bench, and Shane Lewis-Hughes gets his first start of the season with Will Boyde reverting to number eight and Nick Williams on the bench.

The key this week for Cardiff Blues is getting out of the blocks quickly, as the last two weeks have seen us at least 14 points down by the time the game is at the 20-minute mark.

It appears the team selection is geared to that a little bit, with players like Thyer, Nick and Halaholo on the bench ready to come on when team-mates Domachowski, Lewis-Hughes and Smith have run themselves into the ground after going hard for 50 minutes.

Beyond that the team need to start developing a winning mindset as, although we have played poorly recently, we have been in position to win games. Fail to turn pressure into points on Saturday and suddenly things look very bleak indeed.

There’s more than enough talent to churn out that win though, so get down to the Arms Park and support the boys! Come on Cardiff!