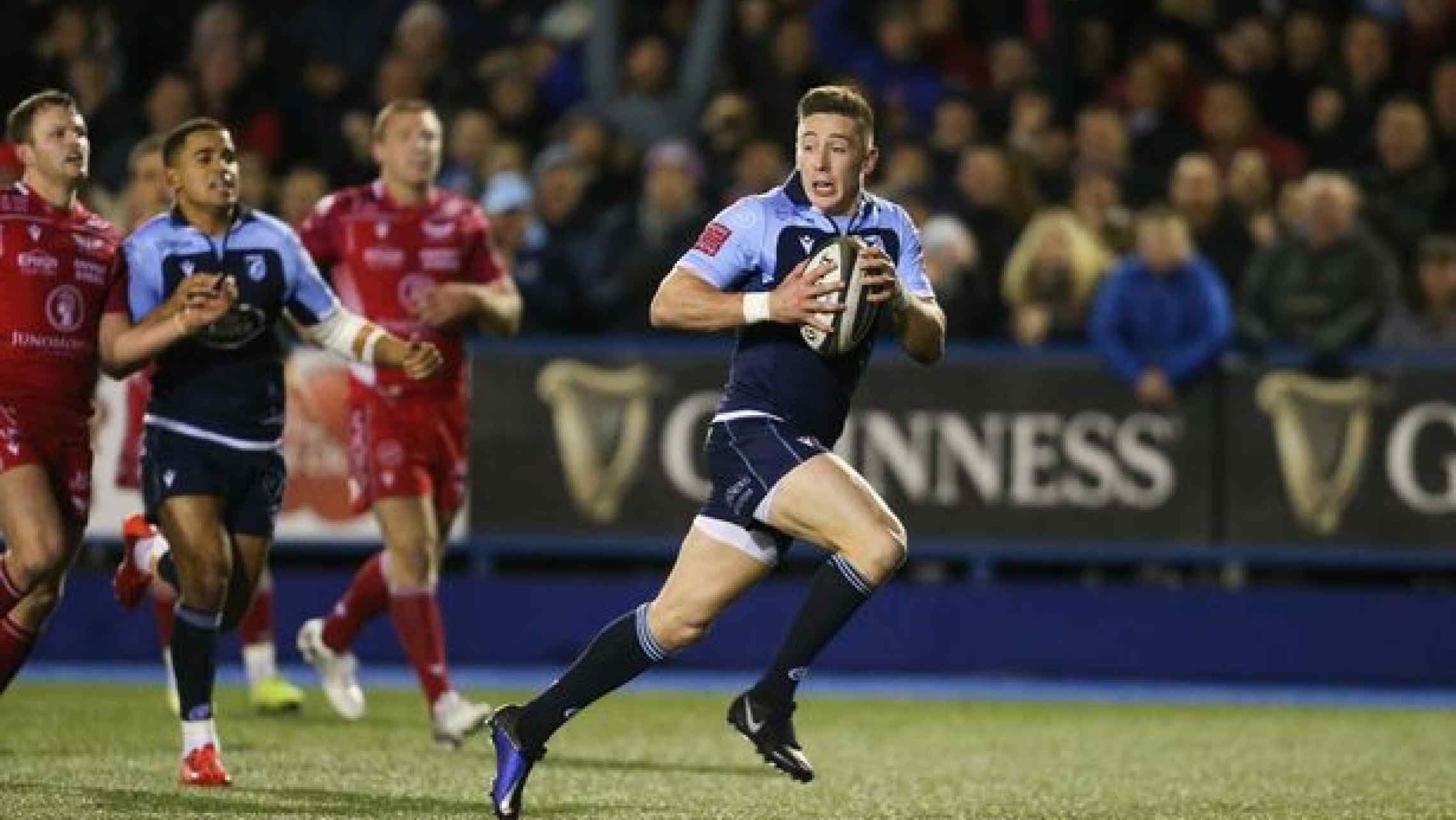 Cardiff Blues bring the Welsh derby period to a close this evening as Scarlets are welcome to the Cardiff City Stadium for a 7.35pm kick-off.

It's been a turbulent week in the capital with John Mulvihill leaving his role as head coach with immediate effect. Defence coach Richard Hodges takes charge of the team tonight before Dai Young returns to the club on Monday morning, although there is doubt when he will experience a first matchday in charge as European competition is set to be suspended.

Nevertheless the players will still be concentrated on earning a crucial victory over Scarlets, with a defeat effectively putting an end to any hopes of qualifying for next season's European Challenge Cup, as well as earning bragging rights over our old friends from down West in the Standalone Derby!

The Llanelli-based side have the upper hand overall in the head-to-head but it hasn't been so clear cut in recent years with the Scarlets winning three and Cardiff winning two of the last five fixtures. It's the same story when it comes to the last five games in the capital as well.

They come into the game having won their last four matches in all competitions, beating Bath and, technically, Toulon in the Heineken Cup, before overcoming the Ospreys on Boxing Day and and Dragons on New Year's Day in battling performances.

Head coach Glenn Delaney is able to welcome a number of experienced first choice players back into his side this week, with Tevita Ratuva in at second row, Gareth Davies at scrum-half, Johnny Williams and Jon Davies in the centre, and Leigh Halfpenny and Liam Williams in the back three.

Elsewhere there is a new front row of Phil Price, Marc Jones and Pieter Scholtz, who makes his full debut at tighthead, while Josh MacLeod returns from injury on the openside flank.

In a bid to bounce back from last week's loss to Ospreys, Richard Hodges is able to welcome back three current Welsh internationals into the starting XV with Cory Hill in at second row, James Botham coming on to the openside flank and Jarrod Evans returning at fly-half.

Elsewhere Corey Domachowski gets the nod at loosehead prop, Liam Belcher is alongside him at hooker, James Ratti joins Hill in the second row, Willis Halaholo is back at centre and Matthew Morgan wears 15 with Hallam Amos switching to the wing.

Rhys Carre, Seb Davies, Alun Lawrence and Aled Summerhill all drop to the bench where they are joined by the returning Ethan Lewis, Dillon Lewis and Ben Thomas.

On a cold but dry night at the Cardiff City Stadium it is going to take some effort from the Cardiff Blues to match the Scarlets up front in terms of sheer physicality. The set piece is going to be a real battle, as is the breakdown, but if we continually lose the gain line and get stuck in our own half it could be another long evening.

However, play with a little ambition, trying to keep ball in hand, and even if we don't quite get the result at least we'll have gone down with a fight. Let's enjoy the good track in Leckwith and demonstrate everything good about Cardiff Rugby. Come on Cardiff!!