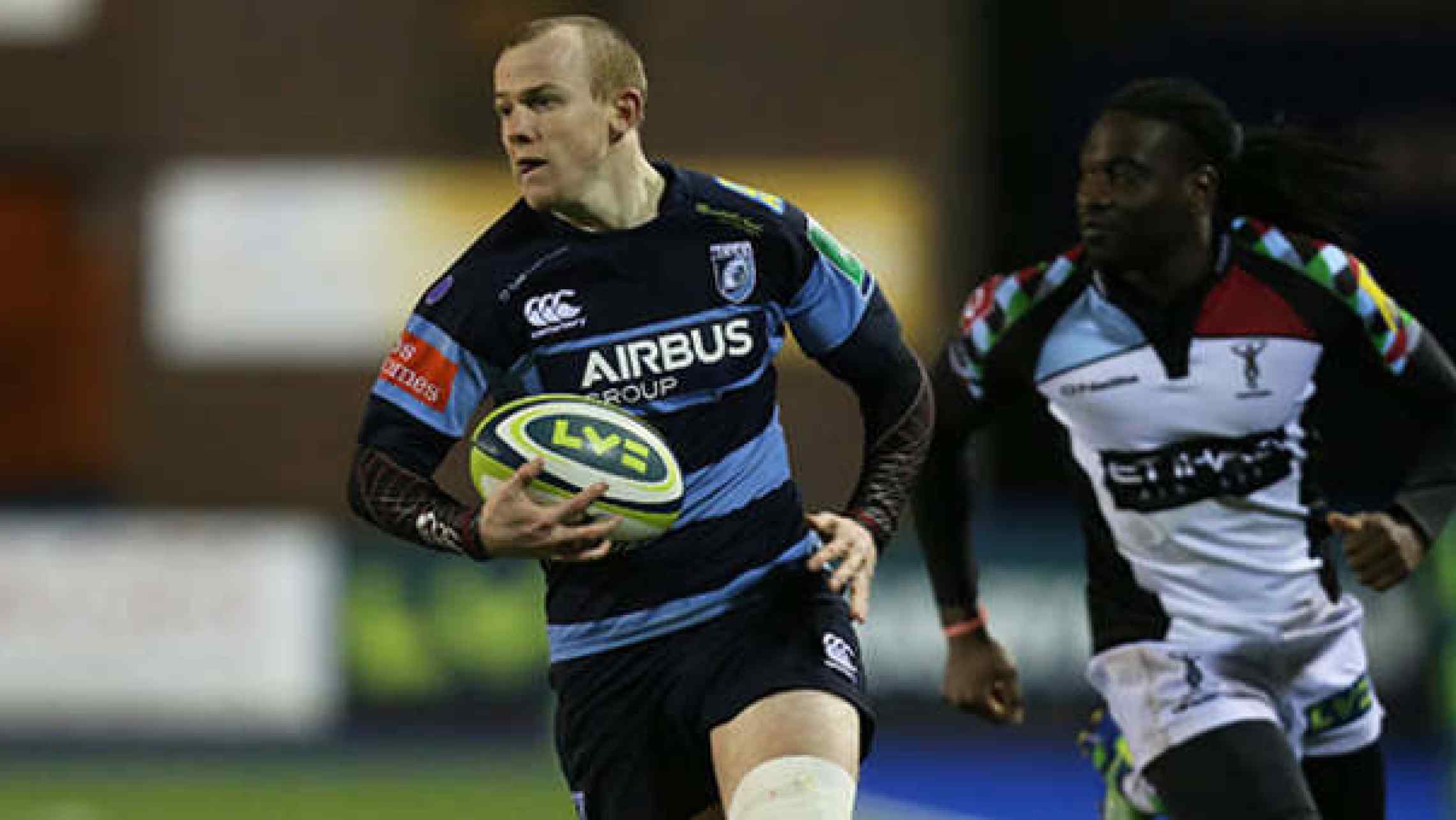 For the first time in 22 years an international touring side will come to the Arms Park on Tuesday night as Cardiff Blues welcome Uruguay for a one-off game.

The last time an international team played at CAP was in 1996 when Cardiff RFC lost to Western Samoa, as they then were, beat the Blue and Blacks 29-53 during their November tour.

There was a fixture played at the Cardiff City Stadium in November 2009, when Australia fielded a side that included Sekope Kepu, James O'Connor and Kurtley Beale and beat Cardiff Blues 3-21, but the history of touring sides coming to the capital for tour matches now returns to the Arms Park.

Since an early edition of the Maori All Blacks played Cardiff in 1888, the club has played 45 games against international opposition, excluding the traditional Easter matches against the Barbarians, but never have only once taken on South American opposition when Argentina arrived in 1976.

Uruguay will be the 12th nation to send a side to play us at the Arms Park on Tuesday night, although it will be the second time they have played in Cardiff after facing Wales at the Principality Stadium in 2015. A hat-trick from then Blues centre Cory Allen helped Wales to a 54-9 win.

They tour with the intention of getting ready for the World Cup, going from facing ourselves on Tuesday to playing Ulster in Belfast on Friday, replicating their short turnaround between pool games against Georgia and Fiji in Japan next September.

The Welsh management will be keeping a keen eye on the game as well, with the Uruguayans once again drawn in the same pool as Wales at the World Cup.

Juan Manuel Gaminara captains the side from blindside, while winger Leandro Levias has the most caps in the starting XV. Highly rated 20-year-old Manuel Ardao could make his first Uruguay appearance off the bench where he is covering the back row, although is being considered for a possible conversion to hooker.

Cardiff Blues meanwhile sport 14 changes to the XV that beat Zebre 37-0 on Sunday, with winger Aled Summerhill the only surviving player to make the 48 hour turnaround.

The headline is that Dan Fish will captain the side on his 100th appearance, almost two years to the day since that horror injury which replied his hamstring completely off the bone and almost ended his career.

He starts at fly-half with Lewis Jones inside him, while their fellow senior players are James Down and Rory Thornton at second row, Sion Bennett at openside flanker and Matthew Morgan at full-back while tighthead Kieron Assiratti and centre Harri Millard are both close to being first teamers despite still being young in age.

The rest of the starting XV is made up of lesser known, but no less exciting, youngsters, as Rhys Carre and Liam Belcher are named up front, Shane Lewis-Hughes and Alun Lawrence are in the back row, Max Llewelyn is at inside centre while Cam Lewis will start on the left wing.

On the bench Rhys Gill brings plenty of experience, but will need to marshal some academy players late on as he is joined by Will Davies-King, Ioan Rhys Davies, Jamie Hill, Ben Thomas and Ioan Davies amongst the replacements. Cardiff RFC's Miles Normandale and Peter Lloyd may also get a chance at some minutes.

It is great to see an international touring side visiting the Arms Park to take on a Cardiff team once again, continuing a long tradition, and hopefully it won't be another nine years before we see Cardiff Blues take on international opposition once again.

A good test for the youngsters in the squad who will no doubt take plenty from the game, and something a bit different for the supporters as midweek evening matches return. A win would certainly look good when adding this game to the record of Cardiff v international opposition. Come on Cardiff!