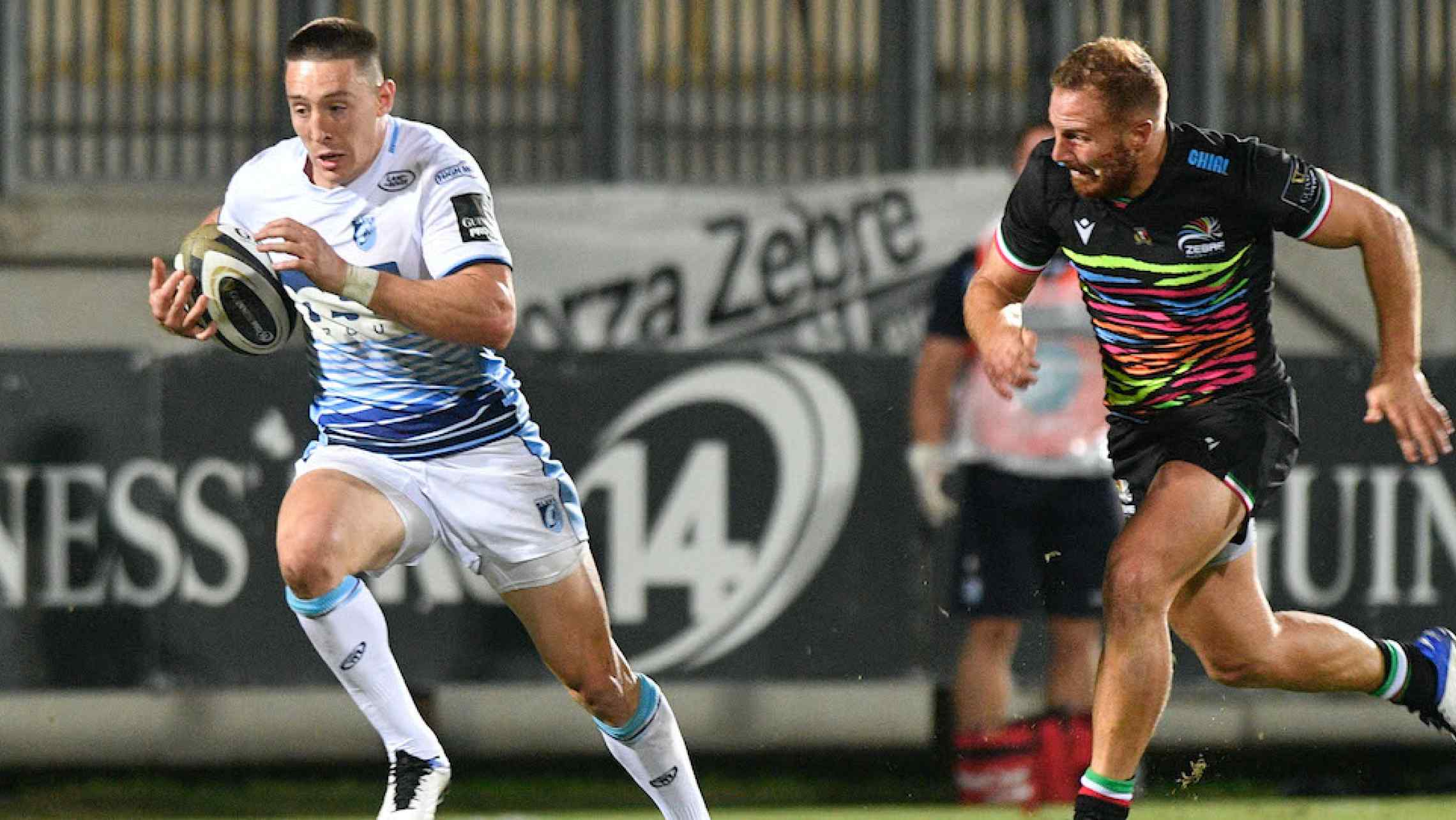 The Cardiff Blues era comes to an end on Saturday in what many might see as a suitably fitting manner, a dead rubber in a meaningless competition as Zebre visit the Arms Park.

After 18 years the 'Blues' moniker will be dropped as we properly embrace the club's heritage and try to harness that and the growing reputation of Cardiff as a city in a commercial sense to drive us forward in the post-covid world, as well as acknowledging the wishes of the vast majority of supporters as we make a welcome return to being the Blue and Blacks.

It's been an up-and-down time on the field, with triumphs in the Anglo-Welsh Cup and twice in the European Challenge Cup, as well as a Heineken Cup semi-final appearance which we won't talk about, but plenty of lean years too as we wallowed in the lower half of the league and struggling to progress to European knockout stages.

That all comes to an end on Saturday though as we bring our Rainbow Cup campaign to a close by hosting Zebre, having seen any chance of progressing to the North v South Final fade away in a haze of captain's challenges during the loss to Munster at Thomond Park last week.

There is a nice circularity to the 2020/21 season as we finish the way we started, playing the side from Parma, after a Josh Adams try and the boot of Jarrod Evans helped us to a 6-16 win out in Italy despite Josh Turnbull's red card to get the Guinness Pro14 up and running.

Since then Zebre have had a tough season, winning just four games as they finished bottom of Conference A, before losing all three games in the Rainbow Cup; two at the hands of Benetton and one to Edinburgh, although all have been by single-figure margins, most recently 34-27 against their Italian rivals.

They arrive at the Arms Park where they have not won in the last five visits, most recently losing 37-0 in November 2018 as tries from Tom Williams, Kirby Myhill, Nick Williams and a Rey Lee-Lo brace marked the final game of Gethin Jenkins' career in style.

Zebre head coach Michael Bradley has made a number of changes to the side that lost to Benetton last time out, welcoming experienced heads back as Italian internationals Daniele Rimpelli, Oliviero Fabiani, Maxime Mbanda, Guglielmo Palazzani, Carlo Canna and Federico Mori are recalled to the starting XV.

Argentina U20 international Eduardo Bello as well as Italy U20 internationals Samuele Ortis and Pierre Bruno are also back involved from the start, with only six players retaining their spots in the starting XV, as the bench takes on an experimental feel with three permit players from the Italian Top12.

Dai Young has made five changes to his starting XV as two come into the pack where Liam Belcher starts ahead of Kris Dacey at hooker, and Gwilym Bradley comes into the back row with James Ratti injured. James Botham switches to the blindside and Josh Turnbull captains from number eight.

In the backs Lloyd Williams and Tomos Williams swap places at scrum-half, while Matthew Morgan and Dan Fish are at full-back and on the wing, respectively, as Hallam Amos is ruled out with concussion and Josh Adams is rested ahead of the British and Irish Lions tour.

On the bench there are nods for Kirby Myhill as hooker cover, Alun Lawrence is recalled as a back row option, while Harri Millard and the fit-again Rey Lee-Lo cover the outside backs.

With a strong team named on a dry and fast track at the Arms Park the clear aim for Young is to give certain players a last chance to catch the eye of the Welsh management before the summer, as well as go out with a bang from the 2020/21 season.

Zebre, similar to ourselves, like to play at a high tempo and throw the ball around a bit, but perhaps the biggest challenge for the home side will be managing when and where to play at that pace, rather than going hell for leather from the start and then running out of steam as we have done recently, letting leads slip through tired and ill-discipline defence.

If we can be smart about how we outrun the opposition then the opportunity is there to completely dominate a game from start to finish, rather than impressing in parts and being noticeably second best in others. A big summer awaits, lets head into it on the back of a big win. Come on Cardiff!