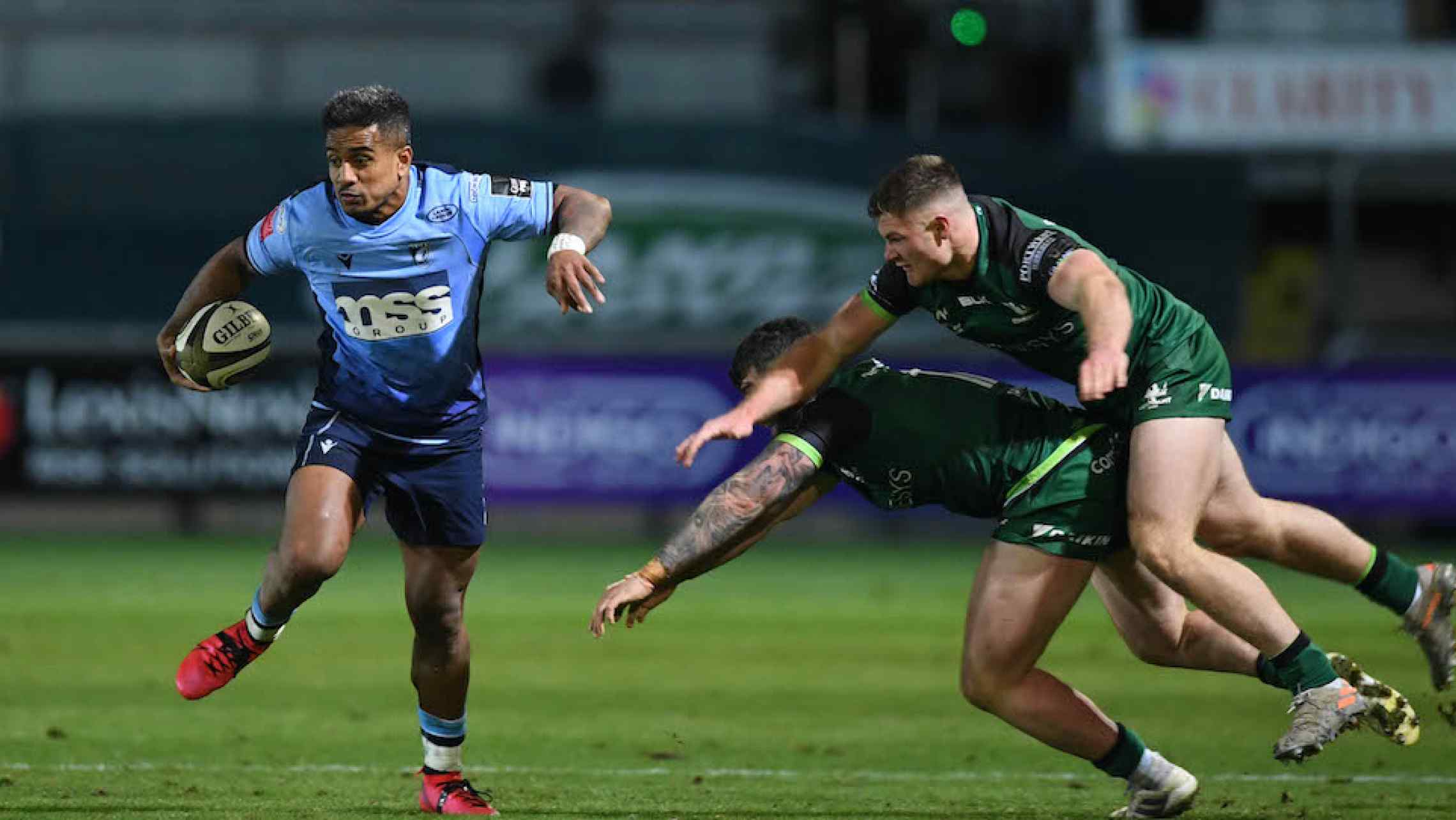 The United Rugby Championship gets underway on Friday night with Cardiff welcoming Connacht to the Arms Park for a 7.35pm kick-off.

It is the start of a new era in the Welsh capital with the club reverting to it's historic branding and wearing blue and black, while supporters will attend a competitive game for the first time in 19 months, and see a Cardiff side under Dai Young play for the first time during his second stint in charge.

Of course it is also a new competition, with the four former South African Super Rugby franchises joining the league, but our round one opponents are the familiar faces of Connacht, a side we have developed somewhat of an on-field rivalry with over the last few years courtesy of battling it out for the same mid-table spots.

The last 13 games between the two sides have seen Cardiff win six, Connacht win six and there be one draw, while it is also fitting that the Irish side should be our opponents tonight on the evening we return to blue and black, as they were also the visitors in February 2012 when we returned to the Arms Park from Leckwith.

That night a try from Sam Hobbs and 17 points from the boot of Ben Blair gave the home side the win, but Connacht will be keen to disrupt the party as Andy Friend names a strong side to take to the field on Friday night.

Irish internationals Finlay Bealham and Ultan Dillane are included in the pack alongside experienced captain Jarrad Butler at number eight who has 70+ Super Rugby appearances under his belt, although new signing Leva Fifita and regular number eight Abraham Papali'i are missing.

Half-back pairing Kieran Marmion and Jack Carty are also both Irish internationals, while new signing from the Brumbies Mack Hansen starts on the wing, while on the bench Hubert Gilvarry could make his debut at scrum-half. Bundee Aki misses out having been part of the British &amp; Irish Lions squad over the summer.

On the Cardiff side there are full debuts for both summer signings as Matthew Screech makes a second debut at lock after returning from Dragons and Rhys Priestland gets the nod at fly-half after his switch from Bath.

James Ratti will make a first league start in his new position of number eight, while Josh Turnbull leads the side for the first time since being named club captain. Lloyd Williams gets the nod to start at fly-half, Willis Halaholo and Rey Lee-Lo team up together again in the centre and Jason Harries starts on the wing with Aled Summerhill given an extra week to get his wrist right.

On the bench there is a first return to league action in 10 months for Will Boyde, while Tomos Williams and Jarrod Evans prepare to make an impact in the game late on having not featured during pre-season.

It should be a great occasion at the Arms Park on Friday night as supporters return for competitive rugby, Cardiff are properly back and there are two sides taking the field intent on playing fast and open running rugby looking to get a big win in round one.

For the blue and blacks it's a case of not letting the occasion impact concentration as the new high-tempo style of play requires a focus when it comes to skill execution, otherwise the game plan could fall apart quite quickly against a Connacht side happy to counter attack and with a strong tactical kicking game.

However, start as fast as we did during the Rainbow Cup and in pre-season, with the improved fitness the squad is displaying, and it could be a valuable few points under our belt ahead of a run of three home games in the next four that gets our season off to a flyer. Come on Cardiff!