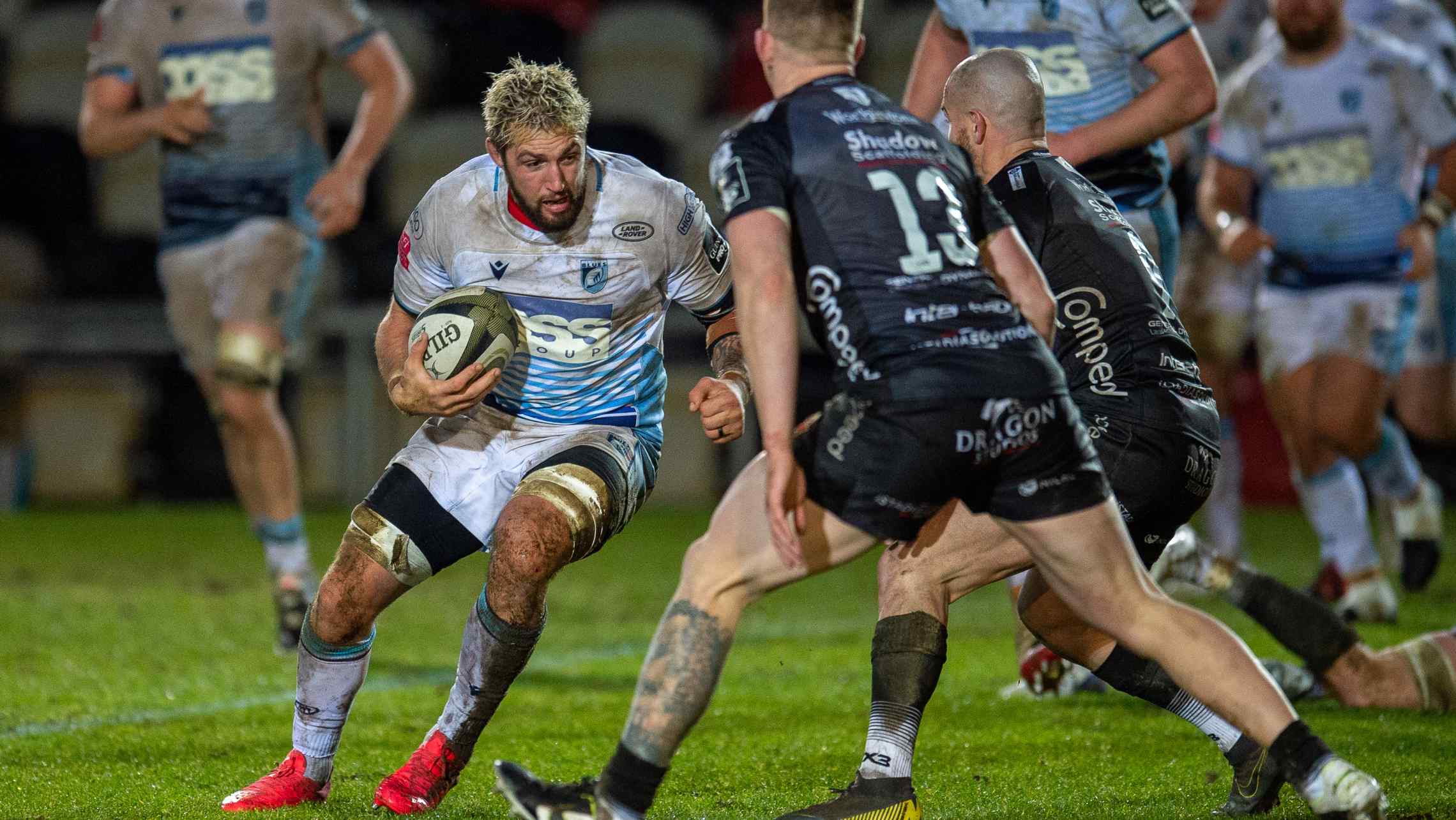 The first block of United Rugby Championship fixtures comes to an end on Saturday afternoon as Cardiff welcome the Dragons to the Arms Park for a first home Welsh derby of the season, 5.15pm kick-off.

After wins over Connacht and Sharks came either side of losses to the Ospreys and Bulls it is an important game for Dai Young's men who targeted a good start to the campaign with four games out of five at home, and can finish in the top eight after five rounds with a win against our eastern rivals.

The Dragons come into the fixture on the back of a relatively promising start to the season, pushing Ospreys and Leinster all the way at Rodney Parade before claiming an excellent win over Connacht in Galway. However, they went down to a disappointing loss at home to Stormers last week after a particularly poor second half performance.

While getting over that they also have to deal with their recent record against Cardiff, with the Blue and Blacks current winning streak at home being six games, in all competitions being 10 games and in the league being 11 games, stretching back to the 2014/15 campaign when they won at the Arms Park in the league and at Rodney Parade in the European Challenge Cup.

Of course this game comes against the backdrop of each sides' Wales internationals being unavailable ahead of next weekend's test match against New Zealand, such is the wisdom of the Welsh Rugby Union and the scheduling of the URC, meaning Dragons are without Elliot Dee, Ben Carter, Will Rowlands, Ross Moriarty, Taine Basham and Aaron Wainwright.

Altogether they make 10 changes to the starting XV that lost last week with Taylor Davies, Joe Davies, JoeMaksymiw, Ben Fry, Harrison Keddie and Ollie Griffiths replacing the internationals in the pack, while Aki Seiuli is preferred to Greg Bateman at loosehead prop.

In the backs it is Rhodri Williams over Gonzalo Bertranou at scrum-half and Rio Dyer getting a first start on the wing in place of Jordan Olowofela, while centre Jack Dixon and full-back Jordan Williams return after being late withdrawals from last week's 23.

Ellis Shipp, Huw Taylor and Dan Baker step up to the bench, while Josh Lewis and Jarrod Rosser revert to the replacements having been the late additions for Dixon and Williams against the Stormers.

On the Cardiff side there are eight changes to the starting XV with Rhys Carre, Seb Davies, Ellis Jenkins, Tomos Williams, Rhys Priestland, Willis Halaholo, Owen Lane and Josh Adams all in the Wales squad, while Dillon Lewis and Ben Thomas are missing from the bench.

Corey Domachowski starts at loosehead, with Matthew Screech fit again to pack down alongside Rory Thornton in the second row, making his 50th Cardiff appearance. James Ratti returns to the back row with Will Boyde shifting to openside flanker.

In the backs, Lloyd Williams and the fit-again Jarrod Evans form the half-back partnership while Max Llewellyn and Rey Lee-Lo are in at centre. Hallam Amos returns to the back three on the wing with Jason Harries retaining his place after being a late call-up last week.

On the bench there are possible first appearances of the season for Brad Thyer, recalled from his loan at Glasgow Warriors, Teddy Williams, Ellis Bevan and Garyn Smith, as well as Dan Fish who is a replacement just a week after announcing his retirement from professional rugby.

On a cold and dry evening at the Arms Park the conditions should be perfect for Cardiff to show off everything good about our high-tempo attacking game, with Jarrod Evans pulling the strings and a pack who can go more than toe-to-toe with their opposition on paper.

Of course Welsh derbies are rarely won on paper and it will be about mentality and willingness to fight as well, which this Blue and Blacks have certainly shown they have plenty of, just look at the first 20 minutes of the second half last week.

Get the basics and mentality right and the flair will come though, hopefully keeping that winning streak over the Dragons going, finishing the block on a high and giving supporters something to cheer about. Come on Cardiff!