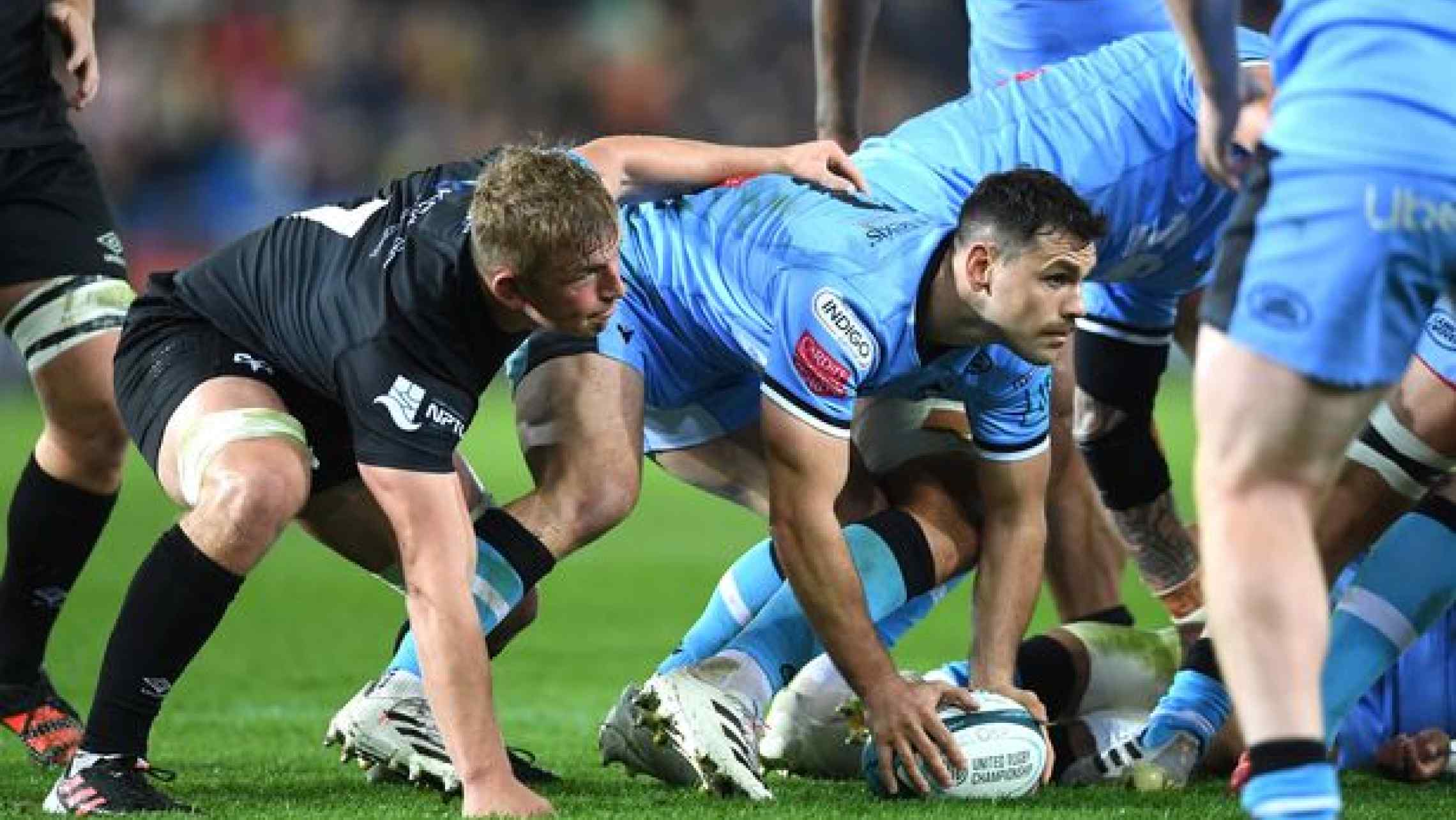 It's the second week of the home South African double header as Sharks arrive at the Arms Park on Saturday night for a 7.35pm kick-off.

The game comes on the back of last week's loss to Bulls where despite a 16-3 lead for Cardiff at half-time, a disappointing second half saw the visitors come away with a comfortable 19-29 win to consign the Blue and Blacks to back-to-back defeats.

It puts more importance on this weekend's clash after Dai Young had targeted getting off to a good start in the United Rugby Championship with four of our first five games at home, but it won't be easy with the Sharks coming into the game off the back of a good win over the Ospreys in Swansea last Friday.

For a history of this fixture we have to go back 40 years to two Cardiff tours to South Africa in three years. The first was in 1979 where the Blue and Blacks met Natal, as the Sharks were before re-branding in the mid-1990s, in the final match of a seven-game tour to the country. Tries from Huw Davies, Paul Elliott and Pat Daniels, as well as the boot of Gareth Davies, secured a 17-25 win on that occasion.

However, three years later it was a different story as we stopped in Durban on the way to an invitational tournament in Pretoria and fell to a 27-14 loss despite the boot of Davies once again, as well as tries from Alan Phillips and Steve Evans.

Their current squad is missing high quality Springboks such as Bongi Mbonambi, Lukhanyo Am, Makazole Mapimpi and, of course, world cup winning captain Siya Kolisi, but they are still able to call on the likes of Thomas du Toit, Ruan Pienaar and Curwin Bosch in their matchday 23 for Saturday night.

Bosch is one of four changes to the starting XV that beat Ospreys last week as he slots in at full-back, Murray Koster comes into the centres, Phepsi Buthelezi captains the side from number eight and Dylan Richardson, this week called up to the Scotland squad for the autumn internationals, starts at blindside flanker.

After that loss to the Bulls last week Dai Young has taken the opportunity to refresh his starting XV with no less than eight changes for this Saturday's game, although two are injury enforced as Ellis Jenkins returns for Josh Navidi and Rory Thornton starts with Matthew Screech sidelined.

The other alterations in the pack see Dillon Lewis and Dmitri Arhip swap at tighthead prop, while Josh Turnbull returns to captain the side from blindside flanker with Will Boyde moving around to number eight as James Ratti misses out on the 23.

In the backs Tomos Williams and Lloyd Williams switch again at scrum-half while Willis Halaholo returns at inside centre, partnered in midfield by Owen Lane who moves in from the wing. Aled Summerhill and Matthew Morgan both make their first starts of the season in the back three.

New faces on the bench see Rhys Gill and Teddy Williams given an opportunity to make an impact, Shane Lewis-Hughes return from injury to cover the back row and Ben Thomas and Hallam Amos selected as the outside back options.

On another calm and dry night at the Arms Park it's set for Cardiff to build on last week's first half performance against the Bulls, bringing back the fast-paced and expansive attack, as well as the variations to our game, particularly off scrum-half, that worked so well in getting us a platform against a physical side.

The Sharks will once again be a difficult side to face in contact, and with the added dimension of some slick handling skills the defence, especially around the fringes of the breakdown, will need to be superb.

If we back ourselves with ball-in-hand though, even at points where we might be being pushed back by the opposition, we can stay competitive in games and push for all important results, particularly at home on our artificial pitch. Come on Cardiff!