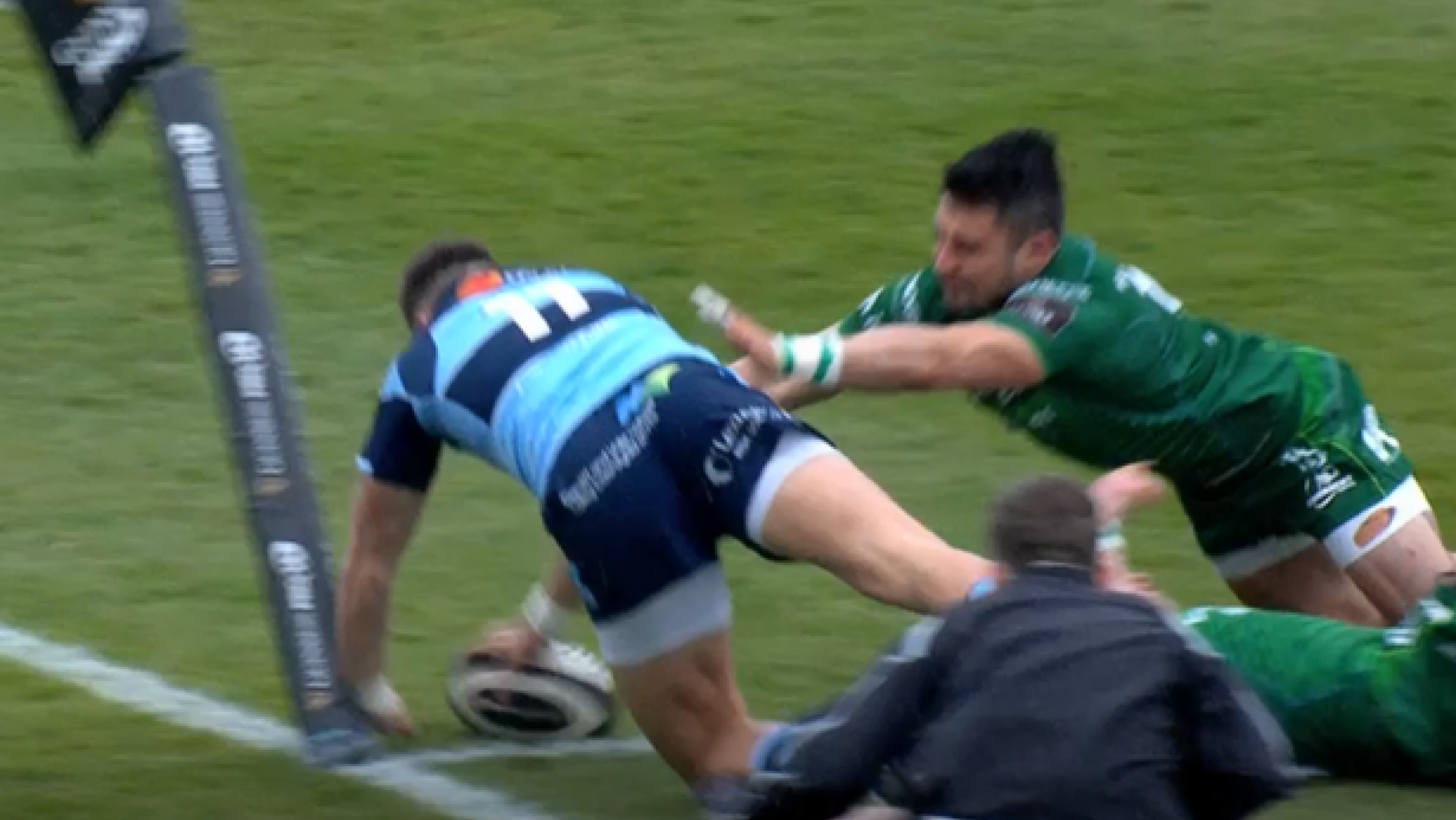 Cardiff Blues return to Guinness Pro14 action on Saturday as John Mulvihill’s men prepare to take on Connacht as well as Storm Dennis at the Sportsground in Galway, kick-off 7.35pm.

It’s been three weeks since the team last took the field in the routing of Calvisano at the Arms Park, bringing to an end a block of 13 straight weeks of action, and many players enjoyed the chance to get away and enjoy some winter sun to recover.

However, it’s been back to business this last two weeks and Cardiff Blues have been preparing well, taking part in a competitive training session with Dragons last week and then joining forces with Cardiff RFC for some work in a hail storm at CAP.

The task out in Galway won’t be an easy one with Storm Dennis set to bring heavy rain and 60+mph winds, but also because games between Cardiff Blues and Connacht have been very close in recent years.

An 11-point winning margin is the biggest either side has managed in the last eight meetings, which have resulted in four wins each without a clear pattern of home or away dominance. There have been late drop goal attempts, last-minute penalties and 87th minute tries included.

There was particular controversy in this fixture last season as, with both sides pushing for a play-off spot late in the campaign, Jason Harries saw a perfectly good try ruled out by an Irish TMO and end any chance of getting a win from the game.

Connacht went on to qualify for the Heineken Champions Cup but that has contributed to a tough run of form before the break for the Irish side, with five straight defeats including two European games and the festive inter-provincial games.

That leaves them out of the Heineken Cup and in fourth in the Pro14’s Conference B, just a point ahead of Cardiff Blues, making this weekend’s game a crunch one in Galway.

Head coach Andy Friend is able to welcome back hooker Dave Heffernan and lock Ultan Dillane into his tight five after they were released from Ireland’s Six Nations squad this week, although centre Bundee Aki is retained. Kieran Marmion and Jack Carty are able to start at half-back for one of the first times this season.

John Mulvihill on the other hand has only been able to welcome back Seb Davies from Wales’ Six Nations squad, and due to his release coming late in the week, he is only selected among the replacements this weekend.

There is better news in the form of Hallam Amos, who returns to start on the wing and ease a back three crisis, with Dan Fish making a first Pro14 appearance of the season at full-back and Jason Harries on the other wing.

Garyn Smith gets the nod at inside centre, Lloyd Williams captains the side from scrum-half, Rhys Gill is in at loosehead prop, James Ratti and Filo Paulo form the lock partnership and Josh Turnbull is recalled on the blindside flank.

On the bench there is a return for Kris Dacey to cover hooker, while Ryan Edwards could make a second debut after signing on loan from Bristol Bears.

With the effect of the storm on the game likely to be severe, looking at any sort of tactical trends is fairly futile, with the side that manages the conditions the best going to be the team that comes out on top.

In a similar fashion to the Scotland v England game in the Six Nations last week, it may well be just one major mistake that turns the game in favour of either side, with Cardiff Blues hopefully the team that gets the benefits of that mistake.

Safe journey to any supporters heading to Galway and here’s hoping for a win at the start of a huge mini-block of fixtures. Come on Cardiff!