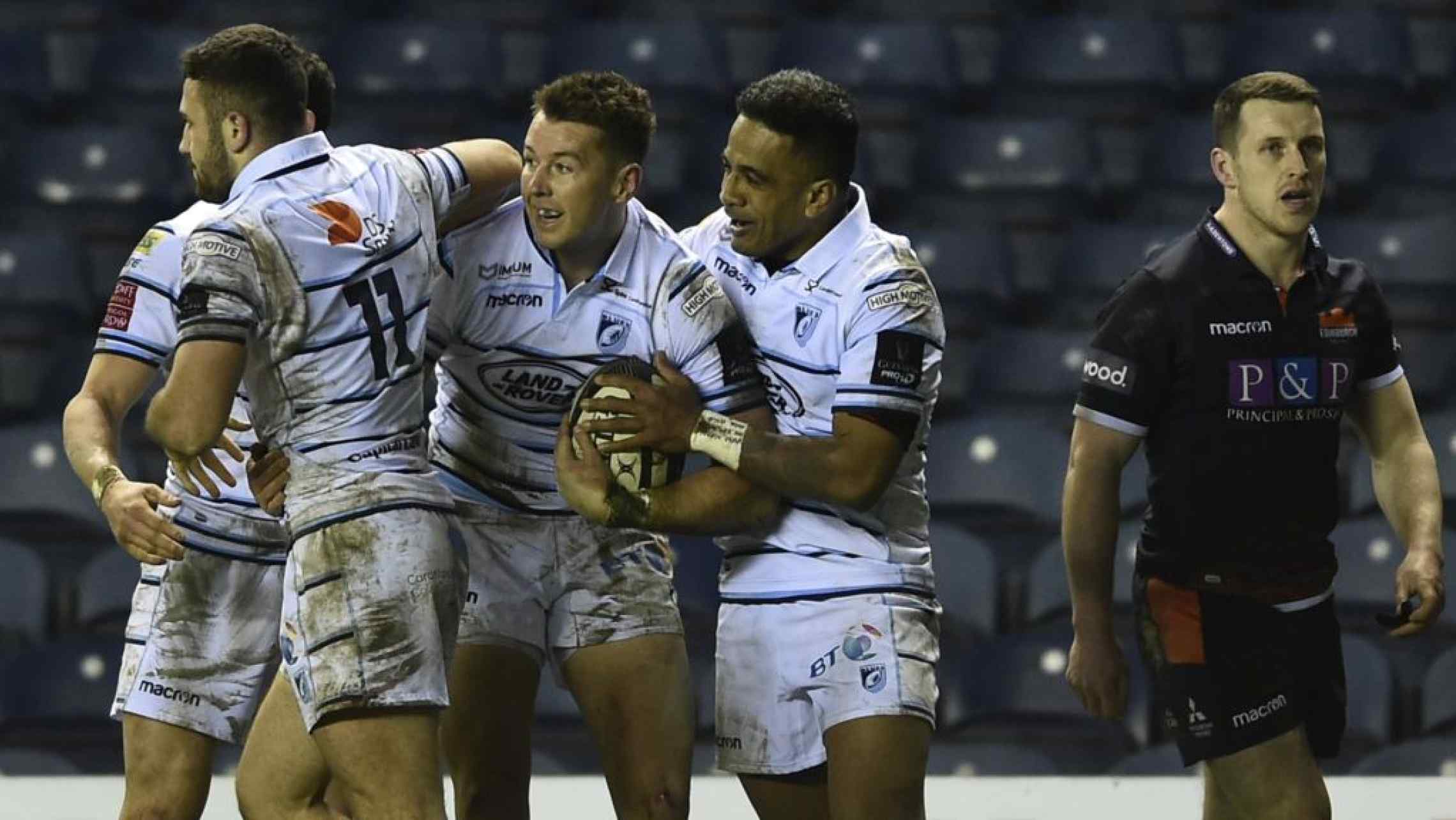 Cardiff Blues bring the mini-block of Guinness Pro14 fixtures during the Six Nations period to a close this weekend with a trip to Edinburgh on Friday night, 7.35pm kick-off.

John Mulvihill’s men are looking to go into three weeks off from competitive action with a win behind them over two very opposing weeks results-wise in February that have left us clinging on to Conference B play-off hopes.

The 29-0 loss in Connacht was arguably the worst performance of the season, and possibly of the last few years, but last weekend’s bonus point win over Benetton was a timely one, with the second half in particular a step in the right direction performance-wise.

There is also confidence to take from our recent record away at Edinburgh with three wins on the bounce up there, most recently the excellent comeback victory last season when a Jason Harries inspired Cardiff Blues overturned a 17-0 half-time deficit to win 17-19.

However, the most recent meeting between the sides did see the Scottish outfit take victory back up North with them as a Mark Bennett try and the boot of Jaco van der Walt helped them to an 11-19 win at the Arms Park in round two.

Since then Edinburgh have been very impressive in the Pro14, losing just three games all of which have been away from home. Most recently they comfortably dispatched Connacht thanks to a 41-14 scoreline last week and they currently sit three points clear for Munster at the top of Conference B.

Head coach Richard Cockerill has chosen to make five changes to that starting XV, with two of them bolstering the pack as Scottish internationals Jamie Bhatti and Grant Gilchrist return at loosehead and second row, respectively, while Gilchrist will also captain the side.

The other changes all come in the three-quarter line as Charlie Shiel will make his first home start at scrum-half, while George Taylor and James Johnstone form a new centre partnership.

There are also five changes to the Cardiff Blues starting XV that beat Benetton last week, four of which are in the tight five although John Mulvihill has been forced into two of them.

Rhys Gill and James Ratti are not available after picking up knocks last week, so Brad Thyer and Rory Thornton are in to replace them, meanwhile Kris Dacey is the preferred option to start at hooker while Dmitri Arhip is back to start at tighthead.

The single change in the backs sees Aled Sumerhill return to fitness are picking up a hamstring injury, with Ryan Edwards missing out. Seb Davies and Hallam Amos both continue to be released from Wales’ Six Nations squad.

On the bench there are new faces covering the tight five too, with Corey Domachowski, Kirby Myhill and Kieron Assiratti forming the replacement front row, while Ben Murphy could make his first Cardiff Blues appearance of the season as lock cover.

With the weather looking wet and cold in Edinburgh it could well come down to a forwards battle with both sides bolstering their packs possibly in anticipation of the game panning out in that way.

If Cardiff Blues want to play around that then the skill execution has to be of the highest order, and a slow start such as that seen against Benetton cannot be afforded, otherwise the hosts will run away with the game very quickly.

All-in-all though it just needs to be a performance similar to that we saw against the Italian side last week, developing a consistency that has been sadly lacking so far this campaign. Come on Cardiff!