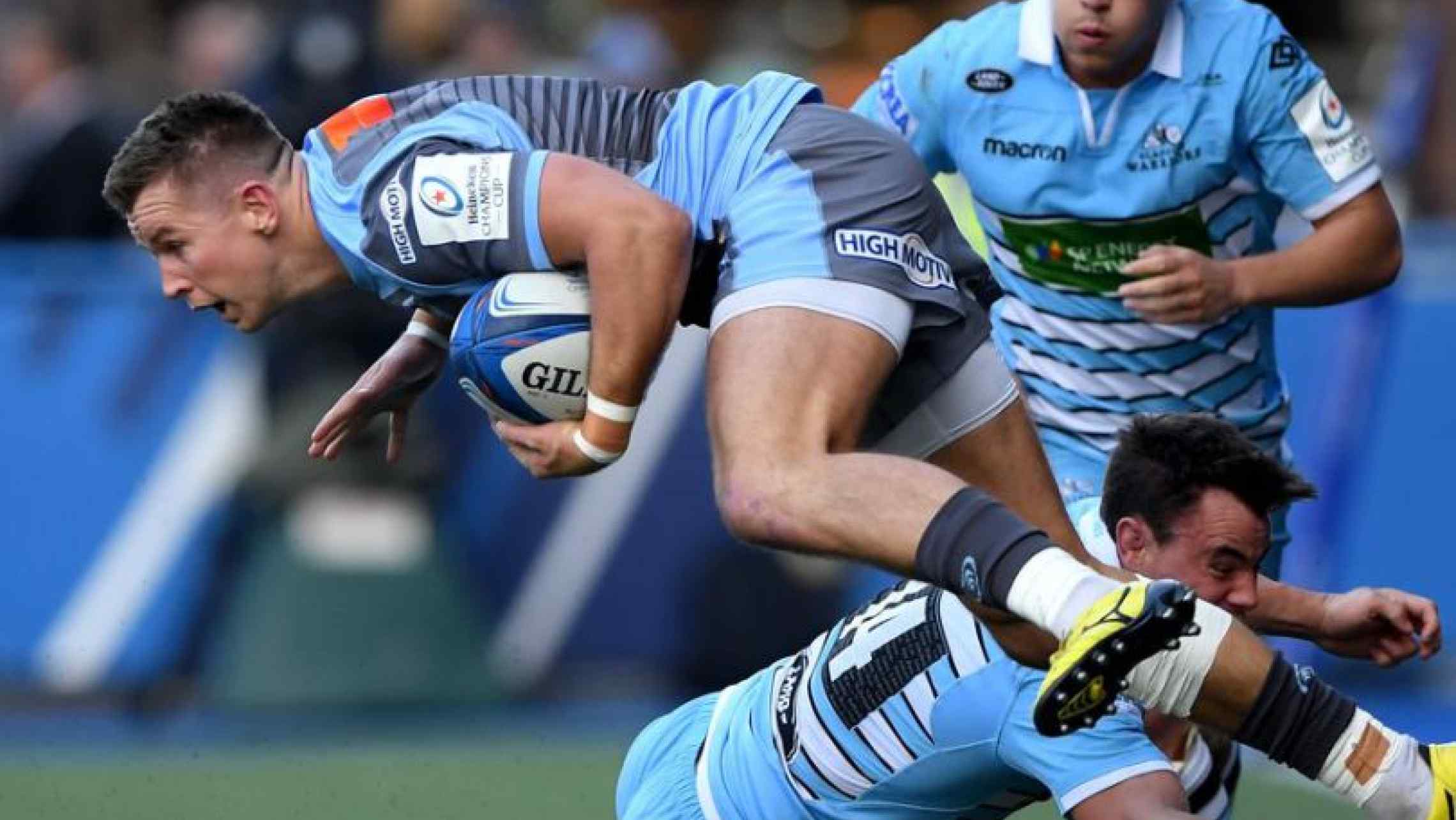 After a few weeks off the Guinness Pro14 returns to action on Friday night as Cardiff Blues kick-off a tough run of fixtures with a trip to face Glasgow Warriors at Scotstoun.

It precedes games away to Ulster and Saracens, the return game against the Gallagher Premiership champions, three festive derbies before the Heineken Champions Cup pool stages draw to a close with a third game of the season against Glasgow and the hosting of Lyon.

The message from the camp will no doubt be 'one game at a time' though, and that starts with the trip to Scotland on Friday, with John Mulvihill's men looking to build on the 37-0 win over Zebre last time out.

That win maintained fourth position in the Pro14's Conference A, right in the play-off hunt with Munster two points ahead, a single point behind Ospreys and a point ahead of Connacht.

However, even after eight games we are already 10 points behind Conference leaders Glasgow who have had a great start to the league season, winning six games and losing just two.

Barring a shock defeat away at Kings and a narrow one-point loss at Munster, the wins have come thick and fast with seven try bonus points from eight games. 36 tries scored is the best in the league, while just over 31 points per game is the third highest average.

Europe has also been solid so far, as although the Warriors lost 13-3 to Saracens in round one, they bounced back with an impressive 12-29 win against Cardiff Blues which we would rather forget!

Head coach Dave Rennie will be without 12 players who are on international duty, nine with Scotland, two with USA and one with Canada, as the Glasgow side that plays on Friday will be noticeably different to that which won at the Arms Park last month.

They are boosted by the return of a number of players from the national team setup though. George Turner starts at hooker, Rob Harley backs down at lock while Adam Ashe and Mat Fagerson are named in the back row.

Ali Price and Peter Horne form the half-back partnership, while Tommy Seymour lines up on the other wing. Elsehwere, on the opposite wing Niko Matawalu is set to make his 100th Glasgow Warriors appearance.

While John Mulvihill does not quite have the unavailable list that is counterpart is dealing with, there are still plenty of key players missing as Dillon Lewis, Ellis Jenkins, Tomos Williams and Gareth Anscombe stay with Wales, Blaine Scully and Samu Manoa are with the USA and Rey Lee-Lo is representing Samoa.

However, we too have players released to us, as Seb Davies starts in the second row, while Jarrod Evans will line up at fly-half.

Other changes from the side that beat Zebre come in the shape of Kris Dacey at hooker, Kieron Assiratti making a first Pro14 start of the season at tighthead, and Willis Halaholo returns from injury to start at centre.

There is a youthful look on the bench, as Liam Belcher, Rhys Carre, Sion Bennett and Harri Millard are all selected.

If Cardiff Blues are to get this block of fixtures off to a good start they will have to do what they haven't since 2011 and win away at Scotstoun, when a try from Tom James and the boot of Ceri Sweeney secured a 15-26 win.

Although the personnel are different, the lessons learned from how Glasgow took us apart in European action last month can still be applied here, as breakdown dominance will need to be established in both attack and defence.

A clever kicking game to play for territory will be key, as will taking points when they're on offer. More than that though, it's going to take some physical effort against Glasgow's high tempo game on their own plastic pitch.

Any league points gained will be important in this run, but if we're going to break the duck of Scotstoun and keep ourselves right in the play-off hunt, now is the best chance we've had of winning there for a while. Come on Cardiff!

John Lacey (IRE) - After recently announcing he will retire at the end of the current season to take up a role with the IRFU, this will (hopefully) be Lacey's last time in charge of a Cardiff Blues game!