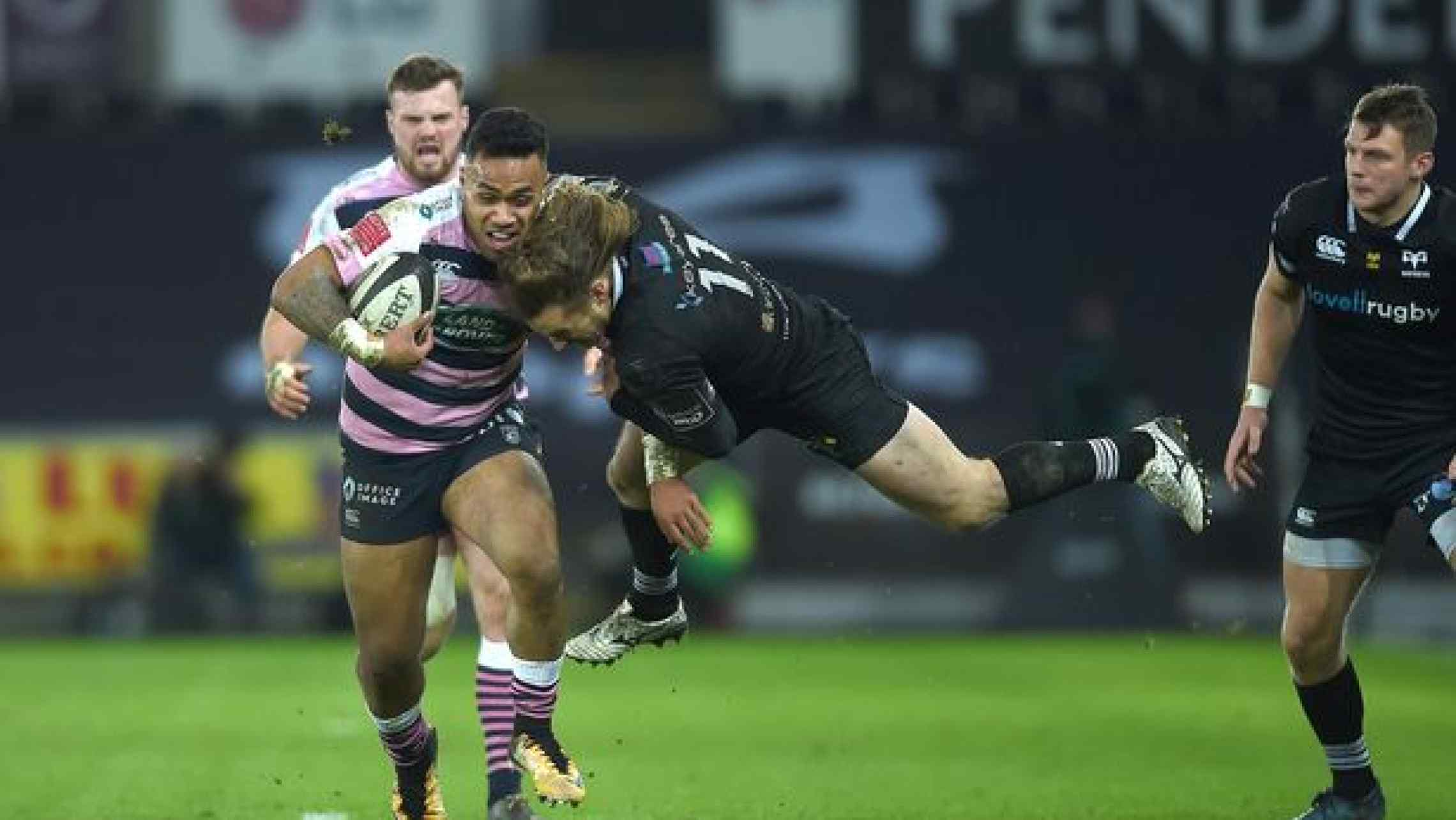 It's the first Welsh derby of the season for Cardiff as Dai Young's men travel to the Swansea.com Stadium on Saturday night for a 7.35pm kick-off.

The Blue and Blacks come into the game off the back of last week's bonus point win over Connacht that got the United Rugby Championship up and running in style despite losing both fly-halves in the squad to injury inside the first 20 minutes.

It is our first league visit to Swansea, and the newly renamed Swansea.com Stadium, since pre-pandemic when a try from Jarrod Evans as well as six points from his boot and eight points from Jason Tovey secured a 16-19 win, a first victory there since December 2005.

More recently though we have played the Ospreys away back in April during the first round of the Rainbow Cup when an experimental side went down 36-14, with consolation tries from Max Llewellyn and Ellis Bevan.

Saturday's home side got their 2021/22 campaign underway with a comeback win over the Dragons at Rodney Parade last Sunday as a brace from Michael Collins and a third try from Luke Morgan, as well as the boot of the returning Gareth Anscombe, secured a 23-17 victory despite being 16-10 down at the break.

Head coach Toby Booth makes just one change from the team that took the field in Newport last weekend as Max Nagy will make his first league start at full-back in place of Dan Evans. Anscombe continues at fly-half with another former Cardiff player in Bradley Davies still going at second row.

There are four changes to the Cardiff side that beat Connacht last week with the headline grabber being Josh Adams who starts for the first time since becoming a British &amp; Irish Lion over the summer, replacing the injured Jason Harries on the wing.

Perhaps the second biggest story is who is retained in the starting XV as Rhys Priestland passes the concussion protocols after being taken off with a head injury just 67 seconds into last weekend's game. He does have a new half-back partner though as Tomos Williams and Lloyd Williams swap at scrum-half.

The two changes up front see Rhys Carre and Dillon Lewis swap with Corey Domachowski and Dmitri Arhip at prop, while Ben Thomas is fit again to cover fly-half while Matthew Morgan is preferred to Max Llewellyn as the outside backs option.

The weather forecast for Saturday night in Swansea is a pretty bleak one with strong winds and heavy rain expected, so it will be interesting to see just how Cardiff approach the game. Priestland being fit is a big bonus for the tactical kicking, but the back line selected is an attacking one and perhaps points to us trying to move the ball a bit despite the conditions.

It will be a big afternoon for Carre and Lewis at prop going up against Nicky Smith and Tomas Francis, with the Ospreys always strong up front and in the set piece, but they can be caught napping in defence if we manage to keep the ball in hand and play at the high tempo we enjoy attacking with.

That's a risk though as if there are too many handling errors and we allow the hosts the upper hand up front then they could draw us into a forwards battle that they are better equipped for. A balancing act is needed from Dai Young's men, but they showed last week they can adapt when things go wrong. Here's hoping for more of the same, come on Cardiff!