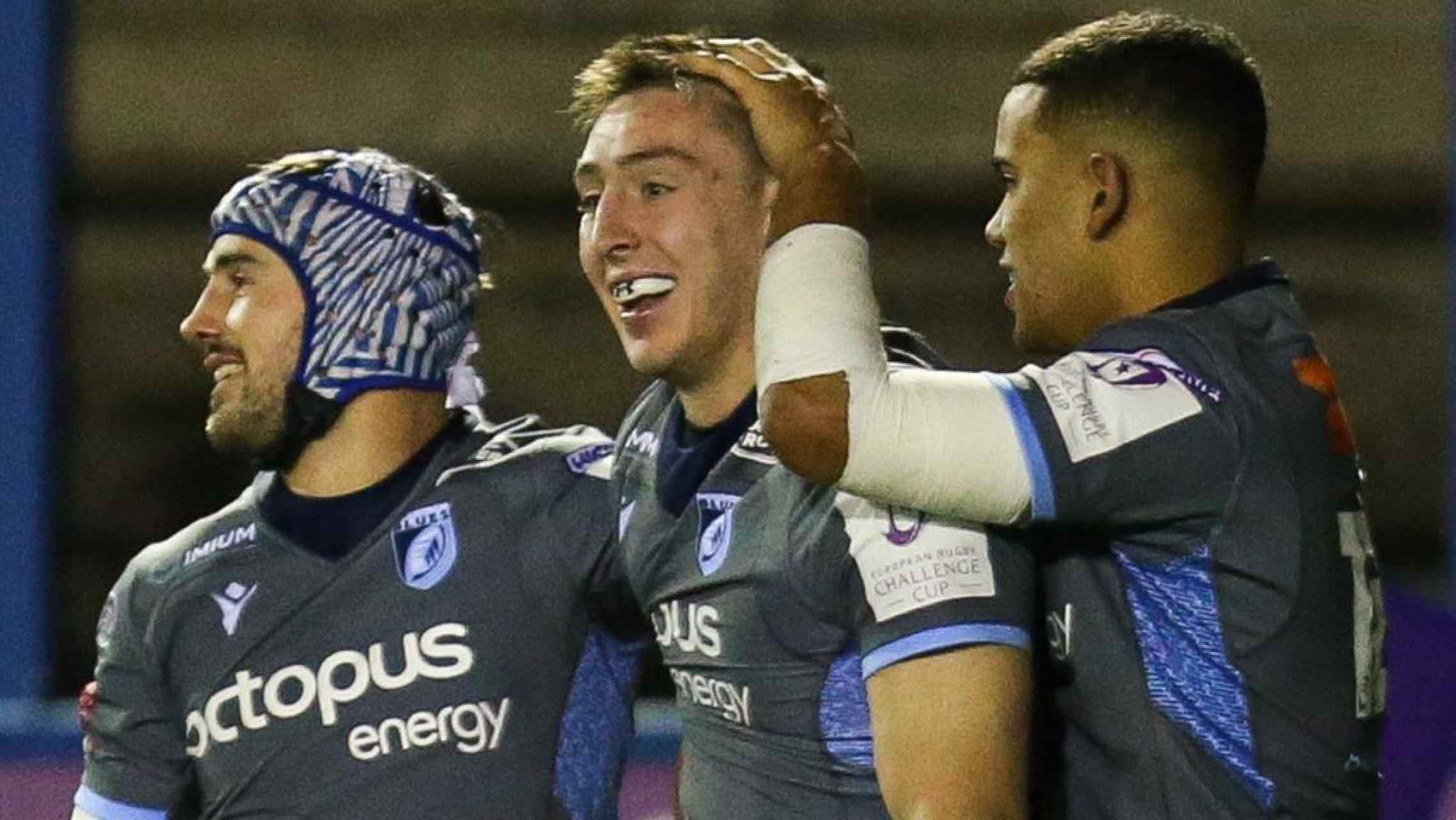 Cardiff Blues face Pau in the return game of the December double headers in the European Challenge Cup at the Stade du Hameau on Friday night, 8pm kick-off UK time.

It comes a week after John Mulvihill’s side put the French outfit to the sword at the Arms Parklast Saturday, as tries from Josh Adams (3), Jarrod Evans (2), Owen Lane, Ben Thomas and Matthew Morgan secured a 54-22 win.

This Friday’s game is another important one in terms of the outcome of the pool as either Cardiff Blues will effectively secure second place and push on for quarter-final qualification, as well as challenging Leicester for top spot, or Pau will blow the pool wide open going into the final two rounds next month.

In terms of form there’s no doubt that this week’s visitors will be the more confident of the two sides, with four wins from our last five games in all competitions, while the French outfit have the opposite record with four losses from their last five games.

Cardiff Blues also retain the advantage in the head-to-head encounters, having won all four games between the teams so far, including the last game at the Stade du Hameau in January 2017. That day, a Willis Halaholo try and 17 points from Steve Shingler, including the match winning kick, was enough to get the job done.

In a bid to rectify that, Pau have made a number of changes to their matchday 23, re-introducing first team players who were rested for last week’s trip to the Arms Park and giving debuts to two newly signed All Blacks.

Quentin Lespiaucq returns to captain the side at hooker, joined up front by French capped tighthead Mohamed Boughanmi. A slight reshuffle behind them sees Baptiste Pesenti move up to lock from the back row as the first of the All Blacks, Luke Whitelock, gets a start at number eight.

In the backs, Thibault Daubgna is selected at scrum-half, another France cap in Julien Fumat is in on the wing as Atile Septar moves into the centre and the second All Black is at full-back where Ben Smith starts.

There are further French caps introduced to the bench in the form of Lucas Pointud, loosehead prop, and Fabrice Metz, second row.

Cardiff Blues, meanwhile, have the luxury of being able to name an almost unchanged side for the first time this season, with no new injury concerns or international call-ups to deal with.

The only change to the starting XV is a tactical one as Filo Paulo is fit enough to make his second debut at lock, with James Ratti dropping down to the bench and Macauley Cook missing out on the squad.

There is also a tactical alteration on the bench itself where Liam Belcher will cover hooker instead of Ethan Lewis.

With the weather very poor in Pau over recent days causing kick-off to actually be pushed back an hour in order to play in forecast better conditions, the going under foot will no doubt be heavy and handling errors will be aplenty.

The additional weight of Paulo up front will assist in this respect, but the back play is going to have to be very different from last week’s game on our quick plastic pitch. Kicking well and playing in the opposition half are the order of the day.

Aside from that it will come down to Cardiff Blues making fewer defensive errors than last week, and being the better side under the high ball and at the set piece.

80 minutes of hard work awaits as quarter-final qualification is on the line. Come on Cardiff!