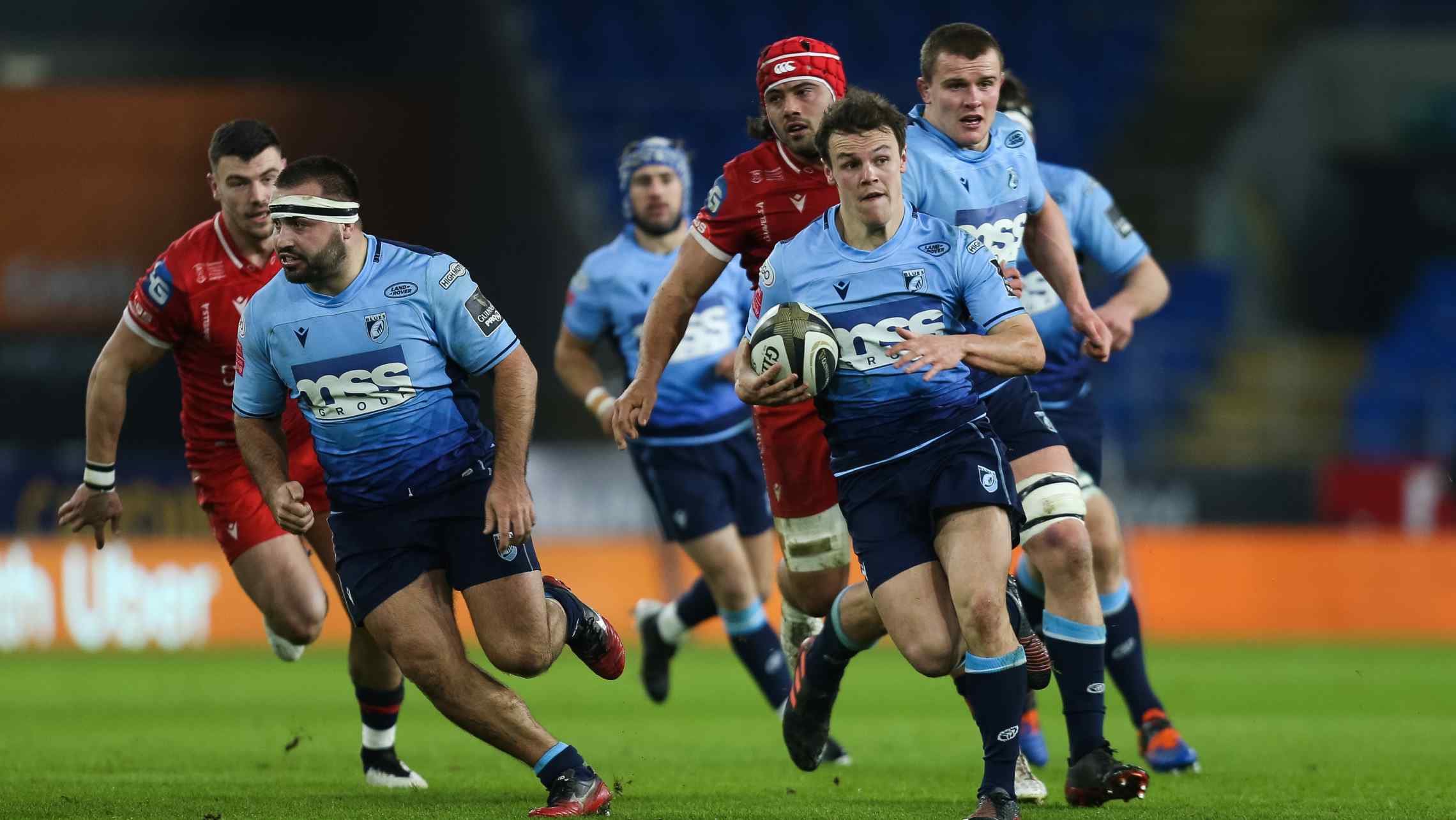 The Welsh derby section of the Rainbow Cup comes to a close on Saturday afternoon as Cardiff Blues travel west to face Scarlets, 3pm kick-off.

Having suffered defeat with an experimental side away at Ospreys in the opening round, Dai Young's men overcame Dragons at the Arms Park last weekend with a more familiar side taking the field, as tries from Josh Adams and Teddy Williams negated the impact of Owen Lane's red card.

Scarlets have also won one and lost one from their two games to-date, going down 53-32 to Dragons at Rodney Parade to kick the competition off before a 22-6 over near neighbours Ospreys in a rain-soaked Llanelli last weekend.

That result was overshadowed by events in the immediate aftermath at Parc y Scarlets though as head coach Glenn Delaney announced his immediate departure from the club having only been appointed director of rugby for next season a few weeks ago following the Dwayne Peel saga coming to an end.

It means there will be a familiar face in temporary charge of our opponents on Saturday as former Cardiff fly-half Dai Flanagan steps up from his role as backs/attack coach to take the reigns until Peel arrives, looking to avoid three losses in a season at the hands of his former team following back-to-back Blue and Black wins back in January.

In his first team selection Flanagan has made five changes to the side that took the field against the Ospreys, with three coming up front where Ryan Elias switches with Ken Owens at hooker, Josh Helps gets an opportunity in the second row and Ed Kennedy wears number eight as Uzair Cassiem and Blade Thomson are injured.

Behind the scrum Ioan Nicholas gets the nod in the centre in place of Tyler Morgan, while Johnny McNicholl is preferred to Steff Evans in the back three. British and Irish Lions squad members Owens and Gareth Davies take a seat on the bench.

Dai Young has also made some changes to his Cardiff team that beat Dragons last week, with two enforced as a shoulder injury to Max Llewellyn and Owen Lane's suspension means Jarrod Evans and Willis Halaholo get the nod at 10 and 13, respectively, while Ben Thomas shifts to inside centre.

The other alterations are tactical as Tomos Williams is preferred to Jamie Hill at scrum-half, Kris Dacey gets the nod over Kirby Myhill at hooker and Sam Moore's game time is managed so James Ratti returns to the number eight jersey. Josh Turnbull captains the side from flanker.

On the bench there are recalls for Keiron Assiratti, Rory Thornton, Gwilym Bradley and Dan Fish, while Corey Domachowski, Liam Belcher, Lloyd Williams and Harri Millard get their first chances to impress in the Rainbow Cup.

It will be wet under foot but hopefully the weather holds off for Dai Young's men as we look to repeat the fast-flowing rugby that saw the Scarlets torn to shreds at particularly the Cardiff City Stadium back in early January.

We will fancy an opportunity to dominate a less than full strength home side with the international quality in our tight five, while it will be interesting to see how Jarrod, Thomas and Halaholo team up in midfield, especially when it comes to kicking tactically against the master of defensive positioning that is Leigh Halfpenny.

Individually, James Ratti wearing 8 again against slightly better opposition this time will be one to keep an eye on, as will Jason Harries' defensive performance against Johnny McNicholl, while Keiron Assiratti's reaction to a tough outing against Ospreys off the bench will say a lot about him as a player. Come on Cardiff!