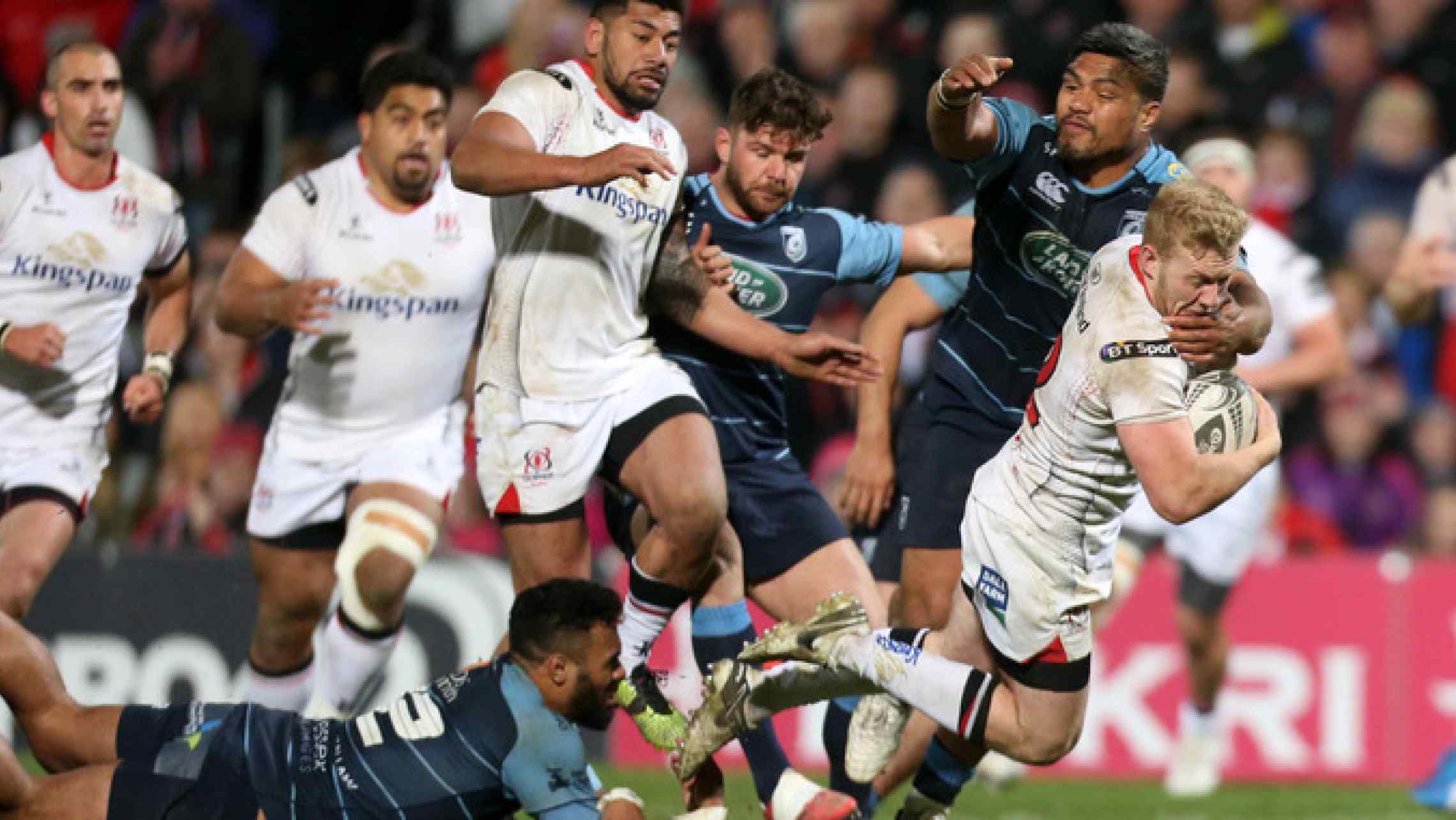 Cardiff Blues look to bounce back from last week's disappointing 40-15 defeat at the hands of Glasgow with a trip to Ulster this weekend, as the international players return to boost the squad.

That game at Scotstoun got an important but difficult fixture block off to a really tough start, as the home side secured a try bonus point inside the first half, once again leaving John Mulvihill's men to rue a slow start to the game.

On the back of the defeat against the same opposition in the Heineken Champions Cup the month before, it was equally frustrating not to be able to put up a decent fight, with problems ranging from some fairly tepid attack, to a worryingly poor defensive effort, particularly in the first half.

Perhaps adding to supporter concern is that, whereas after previous disappointments this season there have been obvious games to target a comeback win, such as Munster, Cheetahs and Zebre at home, this time the testing games just keep on coming.

You would have to go back to April 2010 for the last time Cardiff Blues won at the Kingspan Stadium, then known as just Ravenhill, when tries from Xavier Rush, Casey Laulala and Daf Hewitt secured a 24-33 win, although we can take confidence from a 24-24 draw the last time we travelled to Northern Ireland in April 2017.

Since then there has been a big change at the Irish province, with the rugby management of Less Kiss, Jonno Gibbes and Allen Clarke all leaving in the not-so distant past, and former Scotland forwards coach Dan MacFarland taking over.

MacFarland, who spent the majority of his playing career at Connacht, led Ulster to a strong start with a run of four games unbeaten, before falling to three straight defeats including their opening Heineken Cup pool matches against Racing 92 and Scarlets.

They bounced back with wins over Benetton and Dragons, but lost to the Scarlets in the league last week, going down 12-29 in Llanelli. As a result Ulster are currently sitting third in the Pro14's Conference B, four points behind the Scarlets and three ahead of Edinburgh in fourth.

For this Saturday's game Ulster are able to welcome back four members of the Ireland squad into their starting XV, as Rob Herring is in at hooker, Jordi Murphy starts in the back row, John Cooney returns to scrum-half and Stu McCloskey is named in the centre.

Andrew Warwick starting at loosehead is the other change in the starting lineup, while Sean Reidy switches to blindside and Marcell Coetzee drops to number eight to accommodate Murphy, while Louis Ludik slides out to the wing to accommodate McCloskey.

They are further boosted by the returns of Ireland captain Rory Best, and last year's Six Nations player of the tournament Jacob Stockdale, who are both named among the replacements.

John Mulvihill is similarly boosted by returning internationals as he makes six changes to the starting XV that lost in Glasgow last weekend.

Samu Manoa is in line to make his first start at blindside flanker after spending the last three weeks with the USA Eagles setup, while Rey Lee-Lo is back at inside centre after the same amount of time with Manu Samoa.

George Earle drops to the bench as Josh Turnbull starts in the second row and Willis Halaholo misses the game with an injury to allow both players to return.

Other changes to the starting lineup see Rhys Gill and Scott Andrews bring some experience at prop, Harri Millard makes his first Pro14 start at outside centre, and Matthew Morgan is recalled at full-back.

On the bench there are returns for Team Wales duo Dillon Lewis and Tomos Williams. Gareth Anscombe is not included after being given the week off.

After last week Cardiff Blues should really be heading into this game without expectation, looking to put some effort up and producing a performance. It will be very difficult to bounce back from a 25 point loss in Glasgow with a win at Ulster.

Ulster will be confident in front of their home fans and with a strong midfield could well put us under a lot of pressure defensively, the away side will have to step up big time in this area.

A heavier back five should assist in the contact area, hopefully giving us an advantage in the set piece and particularly the driving maul. However, a question over mobility may be raised, especially after the kick chase was so poor last week.

Whatever the tactical side of the game though, 80 minutes of busting a gut for the jersey should be an absolute minimum. If we see that, there is already a step forwards. Come on Cardiff!

Stuart Berry (SA) - The 36-year-old referee's last 11 games in the Pro14 have been won by the home team. Two previous Cardiff Blues games, a home win and an away loss...