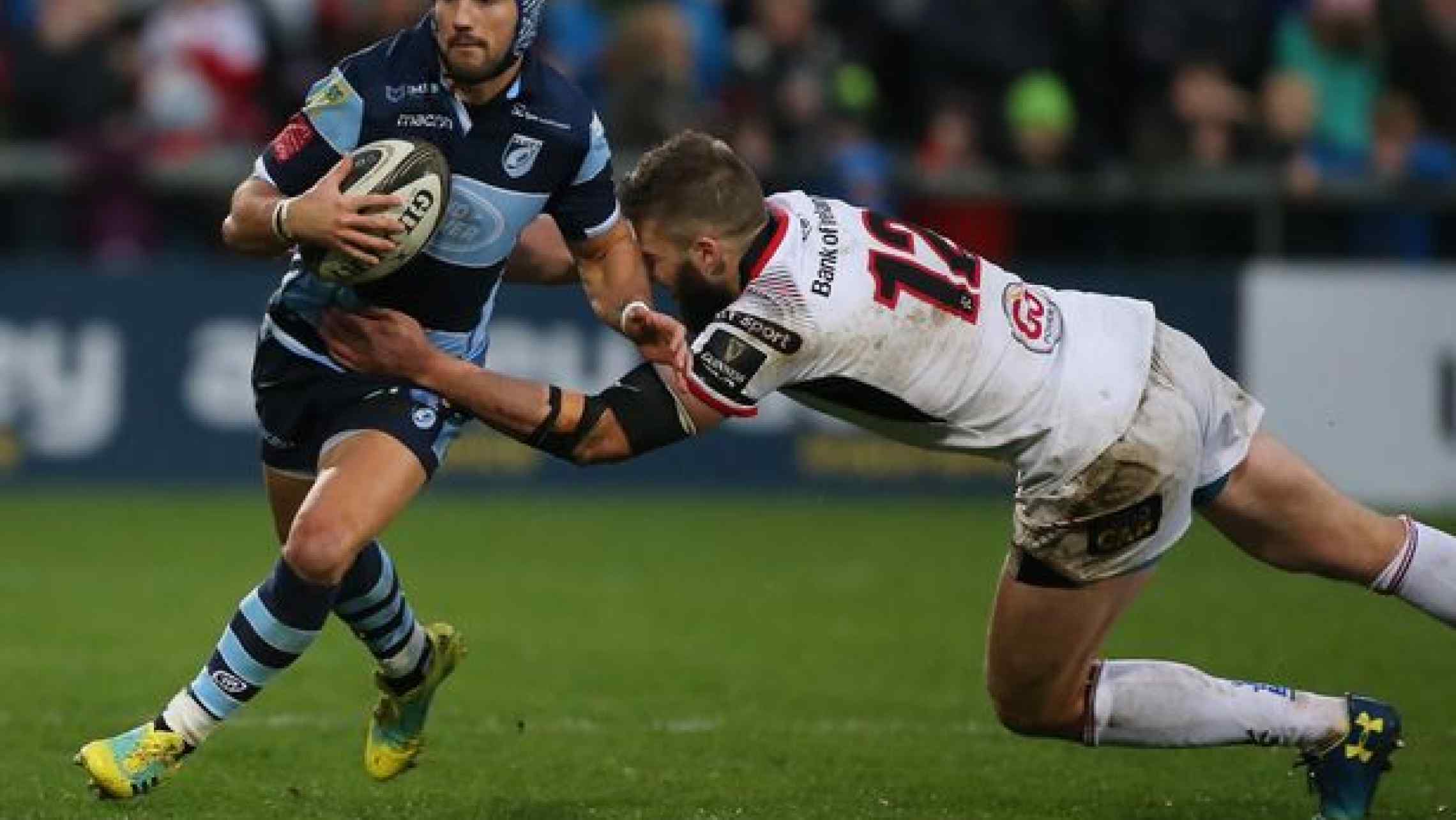 Cardiff Blues return to Guinness Pro14 action after a week off with a visit to the Kingspan Stadium to take on Ulster Rugby this Friday, 7.35pm kick-off.

Last time out saw John Mulvihill’s men slip to a defeat away in Glasgow, but a losing bonus point ensured we picked up six points from the first three games of the season and leave us two points better off than this time last year.

When it comes to getting back to winning ways though, there is unlikely to be a tougher task for Cardiff Blues than going away to Ulster this weekend, a place where we haven’t won in out last nine games.

You have to go back to April 2010 for the last victory at what was then called Ravenhill, when tries from Xavier Rush, Dafydd Hewitt and Casey Laulala secured a 24-33 win, while there has been a 24-24 draw in April 2017.

We did come close last season though, with a 16-12 defeat at the Kingspan and a game we could well have won with what seemed like a fair try ruled out at a crucial point of the second half.

Ulster themselves have started this season well on a paper, with a home win over Ospreys being followed up by a defeat at Cheetahs before a victory in the second game in South Africa against Southern Kings.

However, the local press have been keen to focus on the scoreline of the defeat in Bloemfontein, with the Irish side going down 62-23 in what was a very leaky performance defensively.

Dan MacFarland has made five changes to the team that beat Kings last time out, two of which come up front where Irish international Jack McGrath comes in at loosehead alongside new hooker John Andrew.

Kieran Treadwell gets the nod at second row with Australian international, and one-time Cardiff Blues signing target, Sam Carter dropping to the bench.

In the backs another Irish international in John Cooney starts at scrum-half, while fit-again Will Addison replaces the injured Michael Lowry at full-back. Billy Burns will captain the team for the first time.

John Mulvihill has made four changes to his starting XV that lost to Glasgow last time out, with two of them enforced and two of them tactical.

The enforced alterations come about with Dmitri Arhip ruled out through a shoulder injury and Owen Lane having been called up to Wales’ Rugby World Cup squad, so as a result Scott Andrews will pack down at tighthead and Jason Harries starts on the wing.

Tactically there is a switch back at hooker, with Liam Belcher back into the starting XV and and Kris Dacey returning to the bench, while there is a re-shuffle in the back five of the pack.

Nick Williams returns to the starting line-up to captain the side from number eight with Seb Davies making way from the second row, so Will Boyde slides out to blindside flanker and Josh Turnbull shifts up to lock.

On the bench there is a call-up for Keiron Assiratti as he is set to make a first Guinness Pro14 appearance since April.

It will be a big challenge for the Cardiff Blues tight five, taking on one of the most physical and cohesive units in the Pro14, but the back row has plenty of tackling quality and ability over the ball, an area where Ulster gave up a lot of turnovers in South Africa.

If we manage to gain some level of parity then we know we have the firepower to capitalise, but it’s whether the back line can click in what is forecast to be another wet and windy game. Come on Cardiff!