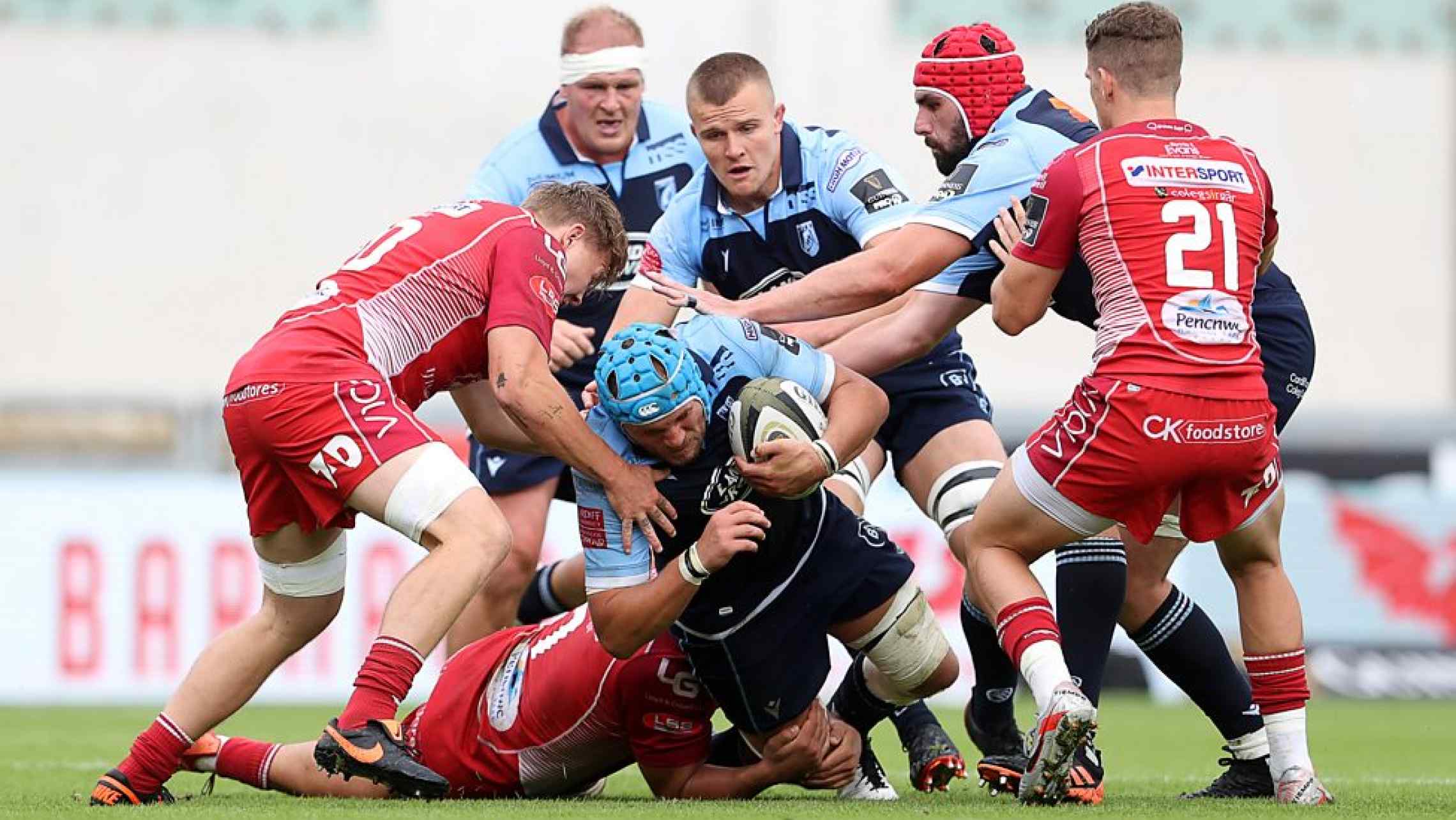 It was a disappointing return to rugby for Cardiff Blues as John Mulvihill's men fell to a heavy defeat at the hands of the Scarlets in Llanelli on Saturday.

With the Guinness Pro14 finishing the 2019/20 season in a truncated fashion, Cardiff Blues had nothing to play for going into the game, with the play-offs out of reach and European qualification decided on league positions before lockdown.

Mulvihill decided to pick a mixed side for the trip to Parc y Scarlets, with the intention seemingly to rotate the squad over the two games of the season resumption, but there was still plenty of quality in the starting XV with ten internationals named.

Rhys Carre and Cory Hill made their second debuts, having returned to the club from Saracens and Dragons, respectively, Harri Millard, Josh Adams, Hallam Amos and Matthew Morgan returned from injury, and Josh Turnbull captained the side from blindside flanker.

Unfortunately despite the relative strength of the team on paper, it was the Scarlets who made the far better start to the game, quickly going 12-0 up.

An early warning shot was fired when the ball was worked wide for flanker Ed Kennedy, but Hallam Amos was able to tackle him into touch, but a few minutes later the Australian was over after Steff Evans had sliced through the Cardiff Blues defence.

There were then scoring chances for both teams, as Aled Summerhill pounced on a loose ball from the kick-off but collided with Harri Millard as the try line beckoned, before a Leigh Halfpenny penalty hit the post and Josh MacLeod was denied on the rebound.

The next try came as a result of a Cardiff Blues mistake though as a lateral attack wasted a good shape from the backs, Millard was forced to kick but charged down by Evans who hacked ahead and won the foot race for the second score of the game, Halfpenny converting for a 12-0 lead.

In the end it took 30 minutes for the away side to get into the game and on to the scoreboard. Another stuttering attack seemed to have broken down when Ben Thomas' pass failed to find a team-mate, but Kris Dacey scooped up the bouncing ball and promptly stepped past Gareth Davies.

The hooker then offloaded for Millard who's quick hands put Josh Adams clear, the winger coming across the field and appearing at the perfect time to score a second try against the Scarlets this season, with Jarrod Evans converting.

Halfpenny extended the lead by three points but Cardiff Blues managed to hang on until half-time, largely thanks to the breakdown work of Will Boyde, going in 15-7 down at the break.

Unfortunately the start of the second half was as bad as the first half, although there was more of an element of bad luck, starting with Tomos Williams going off injured after making an electric break from a lineout.

Following that Scarlets went on the attack and Steff Evans kicked ahead, with Josh Adams tracking back. With the ball grounded but it being unclear by who, the TMO was called and replays showed both players touched it down at exactly the same time. Rather than award an attacking five-metre scrum though, the try was awarded as touch judge Ben Whitehouse managed to initially conclude that Evans had got there first.

On the back of that the game rather fell apart for Cardiff Blues. First Sam Lousi drove over from close range to secure a bonus point for the hosts, and then Josh Turnbull was sent to the sin bin for an infringement at the breakdown.

Up against 14 men the Scarlets managed to secure a turnover on their own line and set about up field, with Johnny Williams finding Angus O'Brien who put Johnny McNicholl over out wide.

Halfpenny's boot made the score 32-7 with the last quarter of the game remaining, plenty of time for Cardiff Blues to at least make the scoreline slightly more respectable.

Finally stringing some attacking phases together, Jarrod Evans brought Josh Adams off his shoulder on a short line, with the winger breaking a tackle and finding Ben Thomas who put replacement Matthew Morgan over for a try.

Morgan was almost over for a second just a few minutes later when he teamed up with Adams again, but a forward pass pulled the attack back, and the game came to a sorry conclusion for John Mulvihill's men.

A narrow defence, a failure to get even close to winning the gain line, a lack of attacking structure and far too many handling errors did for Cardiff Blues on the day, with a lot of improvement needed before a 'home' game against the Ospreys at Rodney Parade next week.

After six months away we are once again in need of a big bounce back performance. Some things never change!