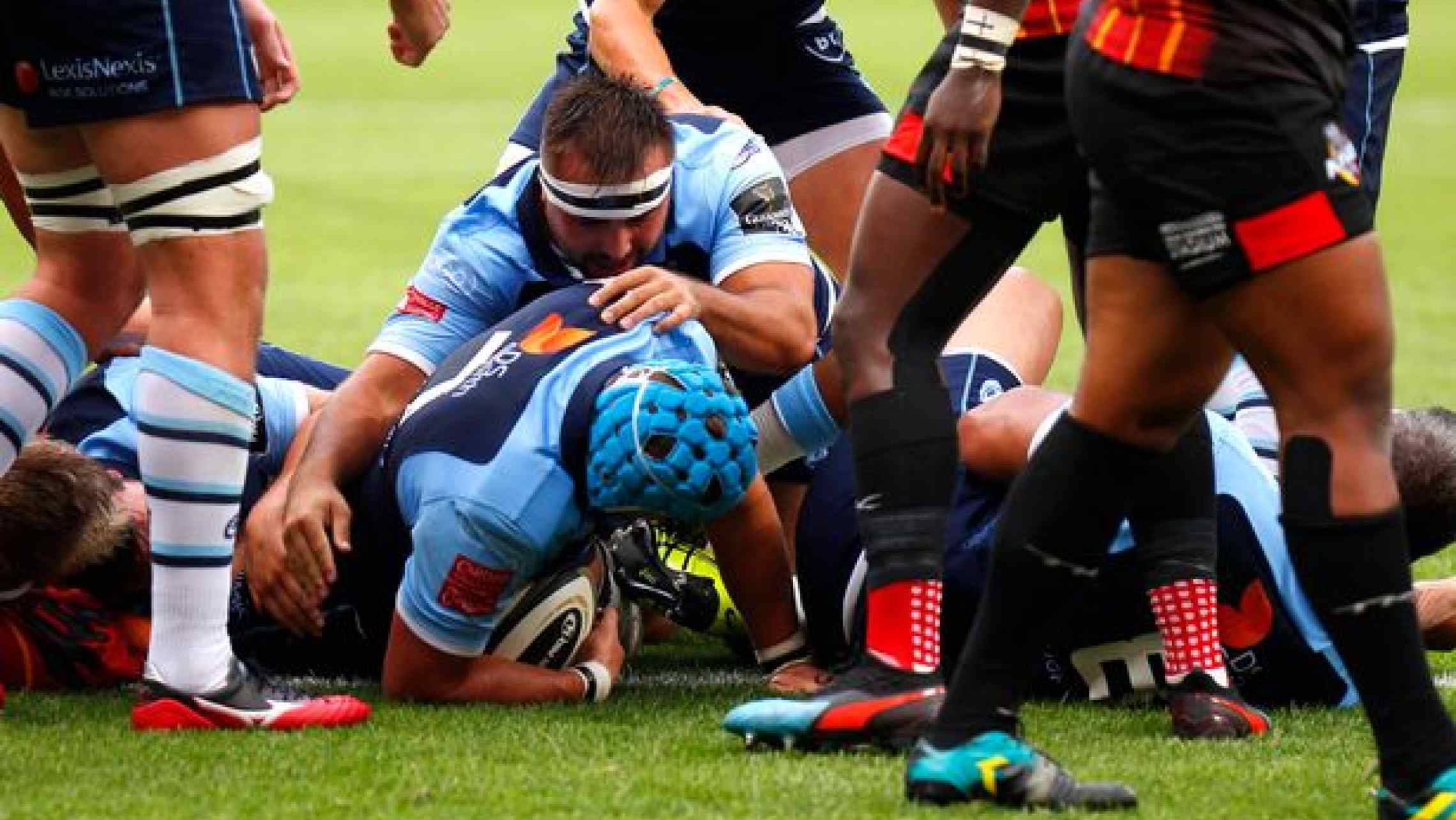 Cardiff Blues scored five tries but still had to battle to secure victory in Port Elizabeth as the Southern Kings almost held on to the win at the Nelson Mandela Bay Stadium.

The home side led until the 67th minute, but John Mulvihill's men had the fitness and power to outlast the South Africans, and took a maximum of five points back to South Wales to kick off the 2019/20 Guinness Pro14 season in winning fashion.

Nick Williams was named captain of the side with Kris Dacey on the bench and Liam Belcher starting in his space, and it was the hooker who gave the Kings the chance to go 3-0 up with a maul side entry which Demetri Catrakilis took.

A frantic start to the game saw the away side hit back within five minutes as the Kings were caught offside in midfield and Jarrod Evans kicked to the corner. A well worked lineout drill saw Cardiff Blues whip the driving maul around the corner and Olly Robinson was in possession on his 50th appearance.

However, Evans missed the conversion and Catrakilis added another penalty to re-take the lead, with the home team going on to establish a dominance over the game during the next 15 minutes.

Referee Mike Adamson and his team were quick to penalise offsides, with Cardiff Blues creeping up too many times before Evans was given a yellow card, and from the resulting penalty the hosts went to the corner where Tienie Burger was able to push over from close range.

Catrakilis converted and there was further discipline issues for the away side when Nick Williams was yellow carded for a swinging arm in a tackle. To add insult to injury he injured his shoulder in the process and would have to depart the game.

Fortunately, despite being down to 13 men for a period, Cardiff Blues managed not to conceded any more points and even held on to possession in that time, winning a kickable penalty that Evans could not take advantage of as he returned to the fray.

13-5 down at the break but with a confidence building attacking set just before half-time and back up to a full complement of players, the away side came out firing at the start of the second period and were soon over the try line.

The offside penalties continued and allowed Evans to send Cardiff Blues into the corner and the forwards set up another driving maul. This one seemed to have stalled but Willis Halaholo arrived from the backs and helped guide Liam Belcher over for his first senior try.

Evans kicked the conversion but the resurgence was halted by a problem that would haunt the away side all game. All-in-all four lineouts were lost on our own throw, and this one after half-time led directly to a Kings try.

The South Africans carried hard on turnover ball with an offload releasing Jacques Du Toit and he had scrum-half Stefan Ungerer on his shoulder to score, with Catrakilis adding the extras again.

They may have extended their lead but the Kings weren't looking comfortable though, as first they gave away a penalty advantage which allowed Evans to kick through for Aled Summerhill but the winger could not quite gather, before a fluffed defensive scrum from the hosts almost saw Olly Robinson steal a second try.

In the end they downed the ball behind their own try line and from the resulting attack Cardiff Blues worked possession well around the redzone and eventually Matthew Morgan was over on the right wing with Evans nailing a tough conversion.

The away side were well on top now, attacking with almost free will and a high tackle on Millard allowed us to return to the corner where a hat-trick of driving maul scores were concerned, this time Kris Dacey in possession having come off the bench.

Evans converted and he was back on the tee a few minutes later as Cardiff Blues returned to the corner where so much success had been gained, this time forcing multiple penalties and seeing Kings second row Jerry Sexton sin binned.

Attacking against 14 men the away side were patient in the opposition 22, but eventually good hands from Morgan and Garyn Smith sent Harri Millard over in the corner, and although Evans couldn't convert this one the score was still a fairly comfortable 20-31.

This is Cardiff Blues though, with nothing ever straight forward, and as the game crept into the last five minutes Kings continued to push for a win.

The away side were penalised again, with the hosts going to the corner, and when the first driving maul was pulled down Will Boyde saw yellow, bringing the game down to 14 v 14. Andell Loubser went over from the next attack with Catrakilis converting.

However, Cardiff Blues were just about able to see the game out, despite losing yet another lineout, and took five points back to the Arms Park to start the season with a win for the first time since 2016/17.

Next up for John Mulvihill's men is Edinburgh, who laid down a marker with a thumping of Zebre in week one, as the teams clash at the Arms Park. Get your tickets now to cheer on the boys in blue!