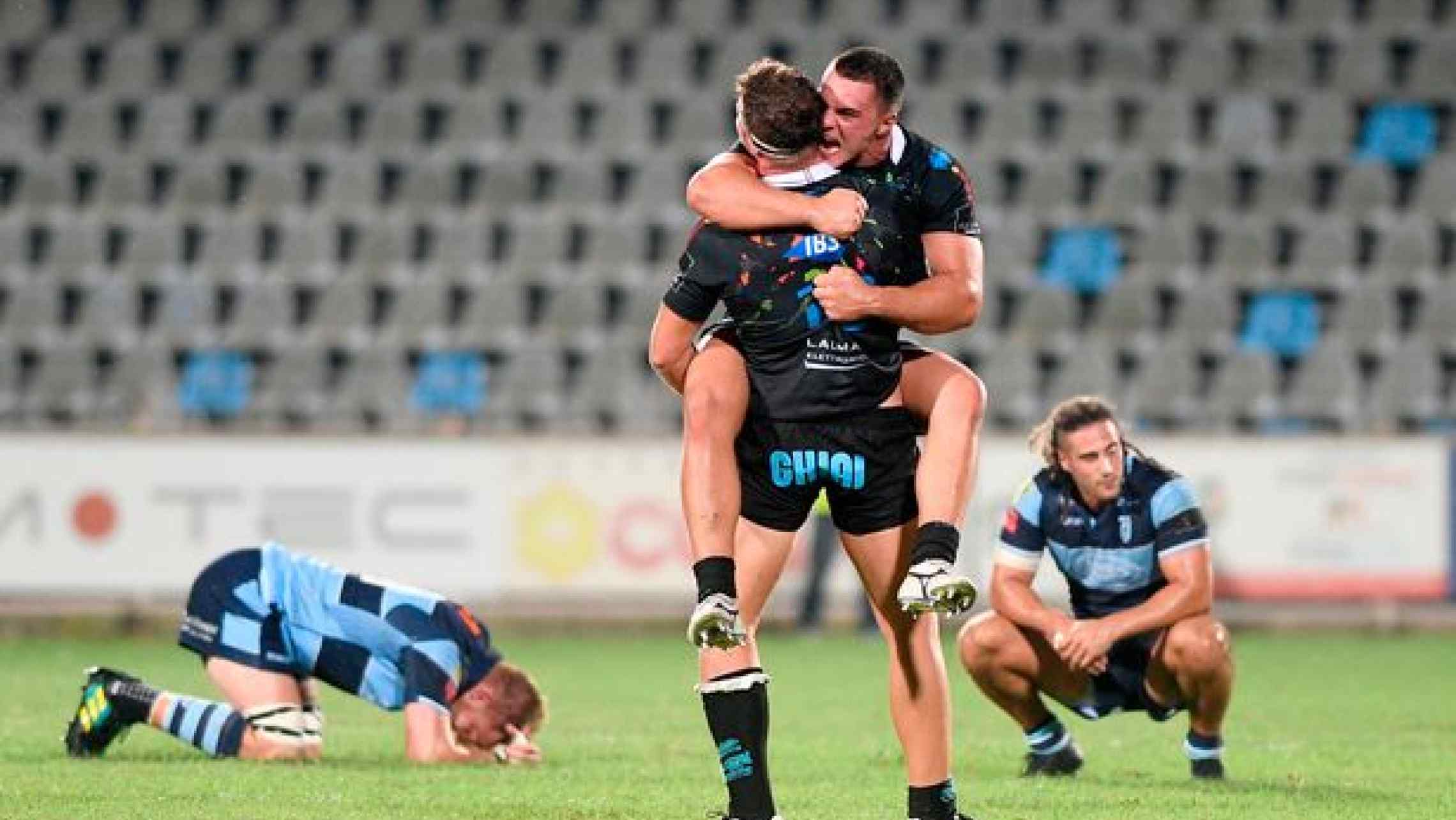 Three weeks, three last minute losses. Cardiff Blues are still winless and the performances seem to be getting worse as we went down to Zebre in Parma on Saturday night.

On the back of the Benetton disappointment last week John Mulvihill rang the changes as Dillon Lewis, Josh Navidi, Olly Robinson, Tomos Williams, Gareth Anscombe and Garyn Smith were named in the starting XV, while Kirby Myhill, Macauley Cook and Harri Millard took a seat on the bench.

It was two of those players who linked up either side of Rey Lee-Lo to give Cardiff Blues the dream start after just one minute and 50 seconds.

Johan Meyer dropped a clearance kick into touch and from first phase ball Gareth Anscombe spotted half a gap and put his Samoan inside centre through it. He carried into the 22 and offloaded for his captain Olly Robinson who tracked superbly on the inside shoulder.

Two minutes later the dream continued as Zebre coughed up possession in midfield and Tomos Williams pounced. The scrum half chipped ahead and gathered his own kick before finding Owen Lane on his right to truck the ball up to the try line.

Some suspect rucking followed but we managed to recycle the ball and Kris Dacey formed up on the blindside before a quick dummy saw him crash over the line for the 22nd try of his career.

Anscombe kicked both conversions and as the clock struggled to even tick past the 10 minutes mark he extended the lead.

Robinson won a penalty over the ball and the ball went to the corner. Solid lineout ball allowed Cardiff Blues the chance to attack on first phase in the red zone, and on a screen pass he danced through a big gap in the Zebre defence to go over under the posts. 10:54 on the clock, 0:21 on the scoreboard.

That is as good as it got for the visitors though. A dream 10 minutes was a pre-cursor to 70 minutes of an increasingly deteriorating performance in Parma as the disappointment of supporters upped along with the pressure on the staff and the squad.

The comeback started on 15 minutes as a long attacking set from Zebre saw them slowly work their way down field spreading the ball from touchline to touchline, before eventually Carlo Canna started a move that he ended after three successive offloads.

That score gave the Italians confidence and as the half wore on they visibly grew into the game, cutting through the Cardiff Blues defensive line who were reduced to a timid, drifting unorganised mess of bodies afraid of being taken out of the game when blitzing and physically unable to cope with the opposition's offload game.

Were it not for some poor Zebre composure and a strong visiting scrum the opening 10 minutes might have been banished to history much quicker, but although they couldn't score, the hosts won the morale victory of knocking the Cardiff confidence to such an extent that even the attacking game suffered.

You may well call it try bonus point fever, but the way the away side's attack regressed from pacey and incisive to narrow and telegraphed was not easy to watch.

Half-time could not come quick enough, and with the score still showing 21-7, the coaches managed to instil some belief back into the Blues players.

The second half was commenced with some renewed vigour that saw us dominate possession and dictate the game to a degree, although some unorganised and frankly clueless attacking phase play never really made us a threat to the Zebre defence, who shot themselves in the foot by being penalised.

Anscombe missed the first penalty kick attempt, but was successful with the second one to take the lead back out to 17 points which held until the 64th minute.

By this point Mulvihill had introduced his plan to negate the game management issues of rounds one and two with the experience of Dmitri Arhip, Nick Williams and Lloyd Williams stepping off the replacements bench. What they couldn't do though, was breathe life into the tire legs of their team-mates.

For the second season in a row we appear to be struggling with fitness in the first few weeks of the season after returning to pre-season later than others and playing only two pre-season friendlies, and in the heat of Southern Italy that has really shown.

Zebre took the ball from a lineout outside of the Cardiff Blues 22, and without doing anything special, made ground through some tired tackles and very slow defensive re-organisation to eventually allow Johan Meyer to get over the try line pretty much unopposed from a yard out.

Canna converted and five minutes later got another home side attack underway with an inside pass for Edoardo Padovani that had a similar narrative to the previous try.

The full-back made ground and Cardiff Blues were painfully slow to form up which gave replacement scrum-half Guglielmo Palazzani the opportunity to attack the blindside where a five-on-two overlap was worked for Francois Brummer to slide over in the corner.

By now there were errors appearing too frequently in the Cardiff Blues game, and although Jarrod Evans produced the best piece of game management we've seen in three weeks to kick into the corner and force Zebre to win a defensive lineout, that was the only notable piece of play to shout home about.

Handling errors in midfield gave the Italians the chance to kick and chase, and although it was eventually defended by Owen Lane, Lloyd's box kick could only go so far and the home side had an attacking platform with three minutes to go and a three point deficit on the clock.

The first driving maul was pulled down illegally, said George Clancy, but the second was not given that opportunity and replacement flanker Oliviero Fabiani emerged to plant the ball over the try line and put Zebre ahead for the first time in the game.

There was a chance to restart, but as if to sum up the first three games of the season, the kick-off did not quite reach the required distance of 10 metres.

So here we are, winless from three and with the daunting task of facing a Munster side up next who dispatched an Ospreys side, albeit a weakened Ospreys side, with more than relative ease on Friday night.

Are supporters right to be disappointed and frankly angry at the performance on Saturday night? Absolutely. There's only one way we're hauling ourselves out of this mess though, and it's together.

Let's get down to the Arms Park at the end of the week and give the boys our support, because we deserve a backlash, and I've no doubt that noise on the terrace will encourage the players and staff to give it to us. Don't give up just yet, come on Cardiff!