Getting The Old Band Back together? 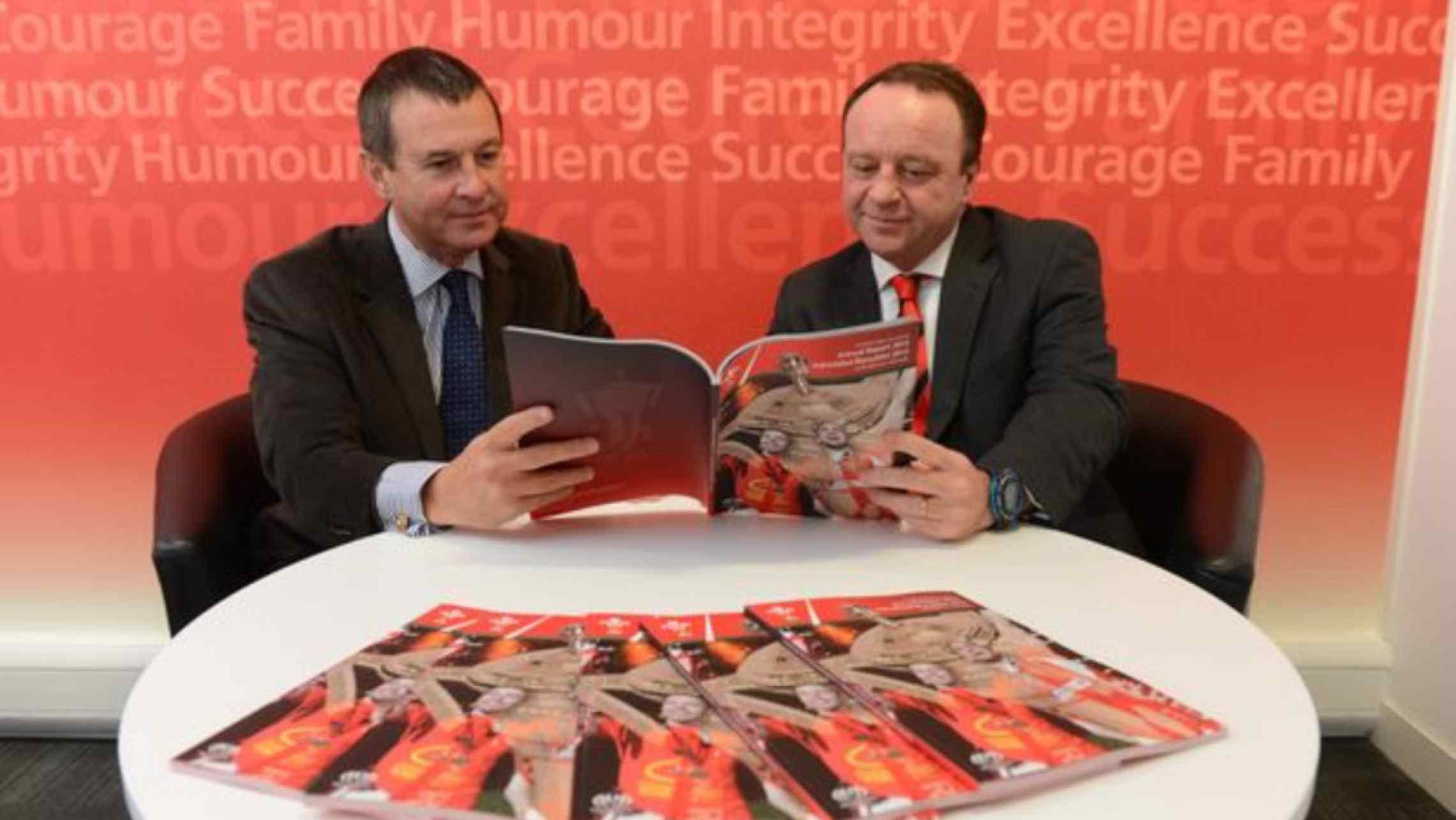 New WRU chairman Ieuan Evans’ open letter, issued at the start of this new year, contained the welcome statement that “We will call an EGM …next year. We will…revisit the idea that our Board should be allowed - should it choose to do so having first considered whether one of the directors can fulfil the role - to appoint a chair with the right skill set, acumen and experience to oversee this £100m business which sustains our game, if and when it decides this move is necessary.”

Leaving aside the significant qualifications within this statement (which we’ve placed in italics for you, our reader’s, convenience), it’s good to see that it’s the Union’s intention to get this back on the agenda quickly and to have another vote on an independent chair in the near future. Hopefully the vote will be preceded this time by an effective campaign that will persuade the 34% of clubs who opposed the motion first time out to change their minds this time around. There is a cogent case there which would show how all tiers of the game would benefit from the move – it just needs to be made and made clearly.

Assuming the EGM outcome is positive, who then is appointed that role of independent chair is absolutely crucial to the future of the whole game in Wales. Likewise how they are appointed – there has to be absolute transparency in the process.

In the absence of facts, the Welsh rugby community often depends on rumour, and here at CF10 towers we have recently been made aware of an improbable speculation which currently seems to be doing the rounds. Hot on the heels of the news that former PRB chair, Amanda Blanc, been voted business person of the year by The Sunday Times came the whispers that it was the intention of some on Westgate Street that Roger Lewis, former CEO of the WRU, was being lined up for the role of prospective independent chair.

Lewis, it will be recalled, stepped down in 2015 after nine controversial years in the post. A reminder of how controversial those years were can be gained by a quick Google search. Ross Harries, writing just last year, recalled how:

“Roger Lewis was celebrated on the one hand as a visionary who paved the way for a Welsh golden era, but despised for his neglect of the regional game on the other…Roger Lewis made no secret of his disdain for the regions, once telling this writer that they would “cease to exist” if they didn’t sign a new participation agreement by an arbitrary deadline. It was both provocative and threatening, and further poisoned the relationship between the WRU and the regions. That mutual distrust exists to this day. The regions think they’re being short-changed by a WRU that prefers to pour extra monies into capital investments like the Parkgate Hotel.”

Lewis was nothing if not even-handed, and it was not just the professional game that he managed to alienate. In March 2015, Peter Jackson quoted the chair of Newcastle Emlyn RFC in a piece in The Rugby Paper about a community game rebellion:

“We were extremely unhappy as a district about the way Roger Lewis treated the grass-roots game…We told our people on the WRU board that it was high time they informed him that he was paid employee and they had to stand up and make that clear. He could be extremely arrogant. He decided to concentrate on reducing the Millennium Stadium debt and on the national team. Anything they wanted, they got, whatever the cost.”

In 2013, the late, great Eddie Butler, reflecting on Derek Quinnell’s sprint to get on the pitch to win his first cap as a replacement in the dying minutes of the game against France in 1972:

“It is a joke currently doing the rounds of the clubs in Wales that in any race to make it to the pitch on time, Quinnell the Elder would have been trampled under the feet of Roger Lewis, the chief executive officer of the Welsh Rugby Union. To stand with a title-winning team at the Millennium Stadium can make wings sprout from the back of a CEO. It has been officially ratified that our Rog can go from the posh seats into the arms of the lads quicker than Justin Tipuric in a Tardis…He is safe for the moment because in photos, where he stands beaming among the lads, having rushed down from above, you cannot hear the jeers of the people.”

Given Mr. Lewis’ history in the game, it would seem to us that there is no way in which he could be perceived as being ‘independent’ in any shape of form. Furthermore, we cannot believe that anyone would seriously be promoting the return of such a divisive character-even our beloved Union.

This is after all a man who Dragons Chair David Buttress recently described on twitter as a “poor man’s Gerald Ratner”. An off the cuff joke no doubt. But a comparison which perhaps suggests a reading of events where much of the professional game’s current problems can be traced back to Mr Lewis’s controversial policies and proven disdain for any aspect of professional rugby he couldn’t pin his photo onto.

We are therefore confident that this is completely unfounded speculation on the part of those who seek only to do further harm to our glorious game. It is, isn’t it? Surely?

Which leads us onto to something that must be kept uppermost in our minds. It is not enough to merely appoint an independent chair. It is crucial that this marks the start not the end of reforms.

The notion that an independent chair in itself will revolutionise the governance at the WRU on its own is of course untrue, though it will hopefully be the first step in doing so.

That chair, if and when appointed, will still preside over a board that is numerically unbalanced and dominated by the community game. They will need to have the diplomatic skills to get that board to agree to further changes that will make it fit for purpose and able to manage and develop the multi-million-pound business that Ieuan describes. As such, it is a necessary, but not sufficient, condition for change.