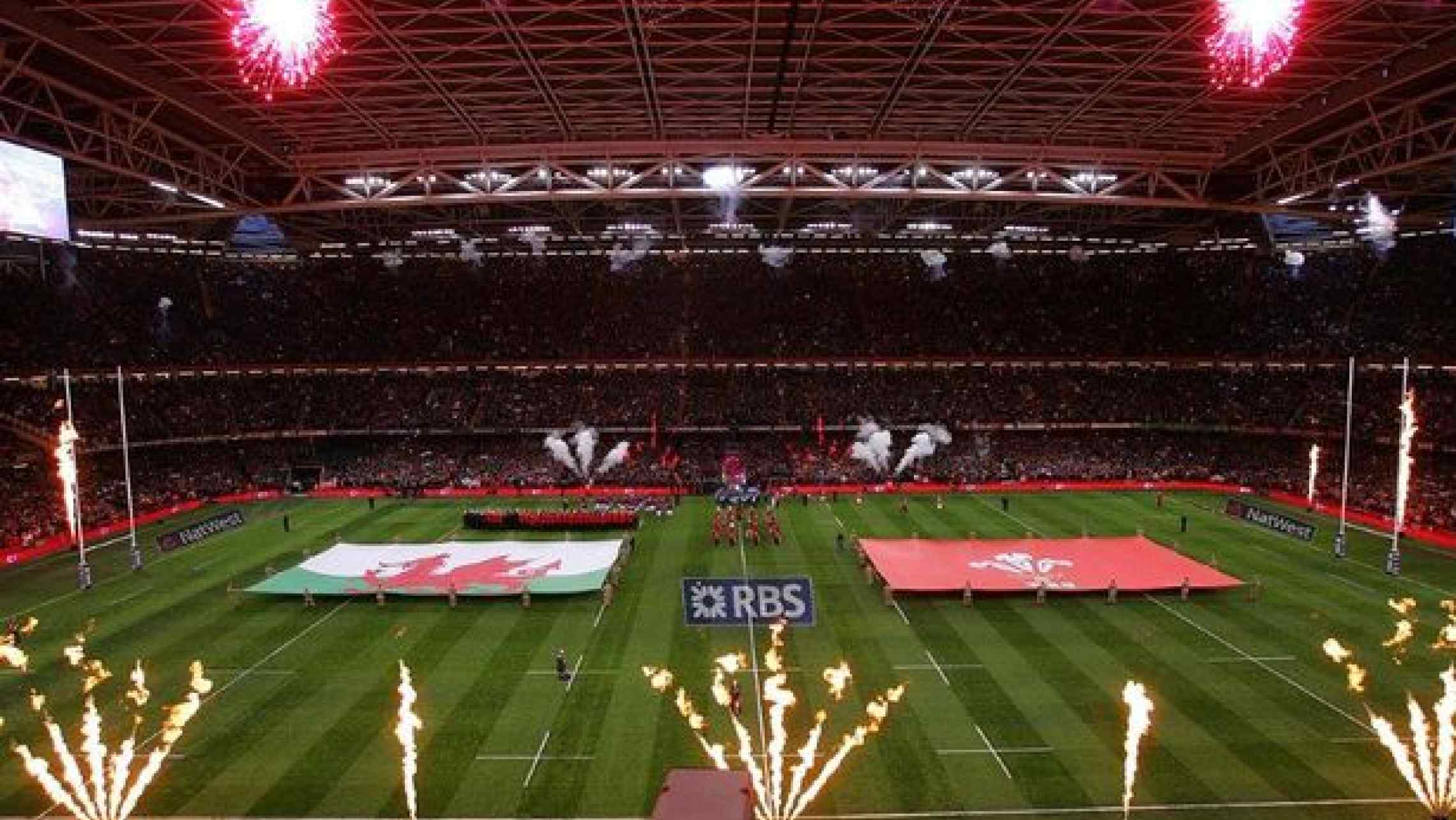 Rugby Union has been officially professional for 26 years and Welsh rugby has yet to provide a compelling statement of intent or even remotely begun to answer the key question of what success looks like. For all the Grand Slams, Triple Crowns, RWC semi final defeats, for all the saw-sharpening, sign or die, DJ Spoony infused moments, an initial assessment of Welsh Rugby’s principal survival methodology would be, ‘stumble’ and prevaricating ‘community game is the bedrock’ missives which the WRU throw around like confetti. All the while peddling the myth that rugby is the sport of choice for Wales. Like badly prepared hikers, the game in Wales feels it is aiming to scale Snowdon wearing a pair of old daps and a Macron training shirt.

It seems those with responsibility for the game in Wales view full stadiums, packed bars and sold out hot dogs as the game’s principal temperature gauge, where once-special fixtures are reduced to annual disappointment and a wistful ‘Ah well, one day’. The model is pure Simon Cowell, fill the stadium but do not worry about the quality, the image of the Britain’s Got X Factor winners on tour is inescapable – questions around quality seemingly left for others at a later date. Diversification into hotels and breweries only add to a feeling the once central 80-minute game is near the very bottom of the ‘important list’. The message seems clear, the National side, which lest we forget is by invitation only, is an oil tanker in a paddling pool, impossible to turn around so focus becomes the patio and garden furniture as the street is invited to a party as the house crumbles and the garden fence falls.

For all the fiscal gymnastics, key questions, remain unanswered. What does success look like? How should this be assessed? What performance indicators, key and/or tradeable, support the enterprise? What that homogenous blob of rugby supporters desire cannot be provided, there is no one-size-fits-all solution which neatly bridges the current gap between frustration and hope. There is much in Welsh rugby which is myth and fantasy and there is much which is fact and reality. The three tier model in Welsh rugby is real, the ceilings all too real. The community game endures. Romantically thought of as the bedrock of the game. The place where superstars first ran with the ball. Where weak tea, burnt coffee and bacon rolls satiate the rugby appetite. Above and not nearly as close as some would believe is the maligned and much prodded Pro 4 and above is of course Team Wales in her position of near untouchable piety.

Here we trip over the first challenge, the community game with its tribal ferocity, emotive poems about scars worn with pride, with its training two times a week, beer tokens for the boys and a committee overseeing a today which was not much different from yesterday. Club committees have a real say over the direction of a rugby level far removed from their reality and their understanding. It is akin to asking the local scout group to manage a mission to Mars. This is not to decry the efforts, time and dedication to the community game but rather to highlight an unfairness of expectation which laces the game in Wales and is seemingly perpetuated by a Union happy to have its hands tied. Rather than cold hard economics we have a tapas of great intent, great dedication, lukewarm teas, coffees and cheap bacon rolls to direct the sport. It should be self-evident that to best reward the community game it should be released from its eternal upward gaze to a world it cannot hope to inhabit.

Shifting gaze to the Pro 4 and Team Wales. Linked like biblical brothers, feuding like Hollywood sisters, it is here we find the games greatest weight resting upon tired shoulders. From the Pro 4 themselves and their pathways to Alun Wyn and the boys belting out the world’s greatest anthem, the shop window, its door and the whole shop itself.

Back to the Pro 4, they are charged, in part, with harvesting talent and cultivating players to play for the national side. It exists in that important space between aspiration and invitation. There are many blogs, tweets and articles bemoaning the lack of recompense their efforts attract. Little can be gained by going around the buoy again but the Pro 4 have a part to play in the answer to the question of what success looks like. Would the wider rugby community accept European Cup triumph over a Grand Slam? Would the rugby community rejoice in sustained presence in the latter stages of the European competitions over an Autumnal clean sweep? Which comes first? A successful, vibrant domestic competition offering an opportunity for players to learn about the game management at the white-hot tip of the arrow or is it a select 30 or so players who play or hold tackle bags for a higher level and a rugby equivalent of trickle down occurs? Whatever the preferred model, the idea of the Pro 4 and Team Wales consistently bathing in success at the same time is fanciful at best. Assessing the landscape we clearly see an incoherent yet eternal Pro 4 v Team Wales feud, contributing nothing but antagonism. Ending the feud should be the priority for all involved but such is the entrenchment it is only a small leap to imagine fuel willingly being thrown on the fire.

The need for money is ever present and vital, efforts to increase income especially in a post Covid landscape is admirable, necessary and important. An issue here though, as on the field with the 4th Autumnal game, is the way the Welsh Rugby Union make decisions which fly in the face of rugby sense. The search for money, for survival and for meaning should not harm the game yet the reality of the situation ensures it does and does so all too frequently for it to be an intriguing aside.

Loading the Pro 4 with debt post Covid is great for Union balance sheets but not so good for sporting equilibriums, yet the reality of rugby in Wales sees risk passed to those clubs and businesses least able to manage them. Whether international tickets being sold to community clubs and being left unallocated or the Pro 4 being saddled with little immediate reward from brewery and skywalk, it is clear the model, if it should persist, requires clarity. Risk should be a shared endeavour between stakeholders. The Principality Stadium is not just a rugby stadium, it is a multi-use facility – concerts, conferences, Christmas parties and tours, not to mention whispers of the Welsh football team making an occasional return. This will keep the money rolling in yet the wrong levels of the game will continue to shoulder the challenges. Appropriate governance, appropriate limitation of influence and appropriate reward should be embedded across the game in Wales, and may focus delivery of cogent rugby outcomes.

In the absence of a coherent vision of what success looks like, the game creaks under a thousand self-induced loads. It should be beyond debate that without a clear understanding of knowing what success looks like pounds made will continue to be diverted to non-rugby adventures, leaking points will become a depressing norm and will  inevitably hurt the game which is too precarious, too fragile and ultimately a little too niche to take many more hits.