Back in Blue and Black: Thoughts from CF10 towers 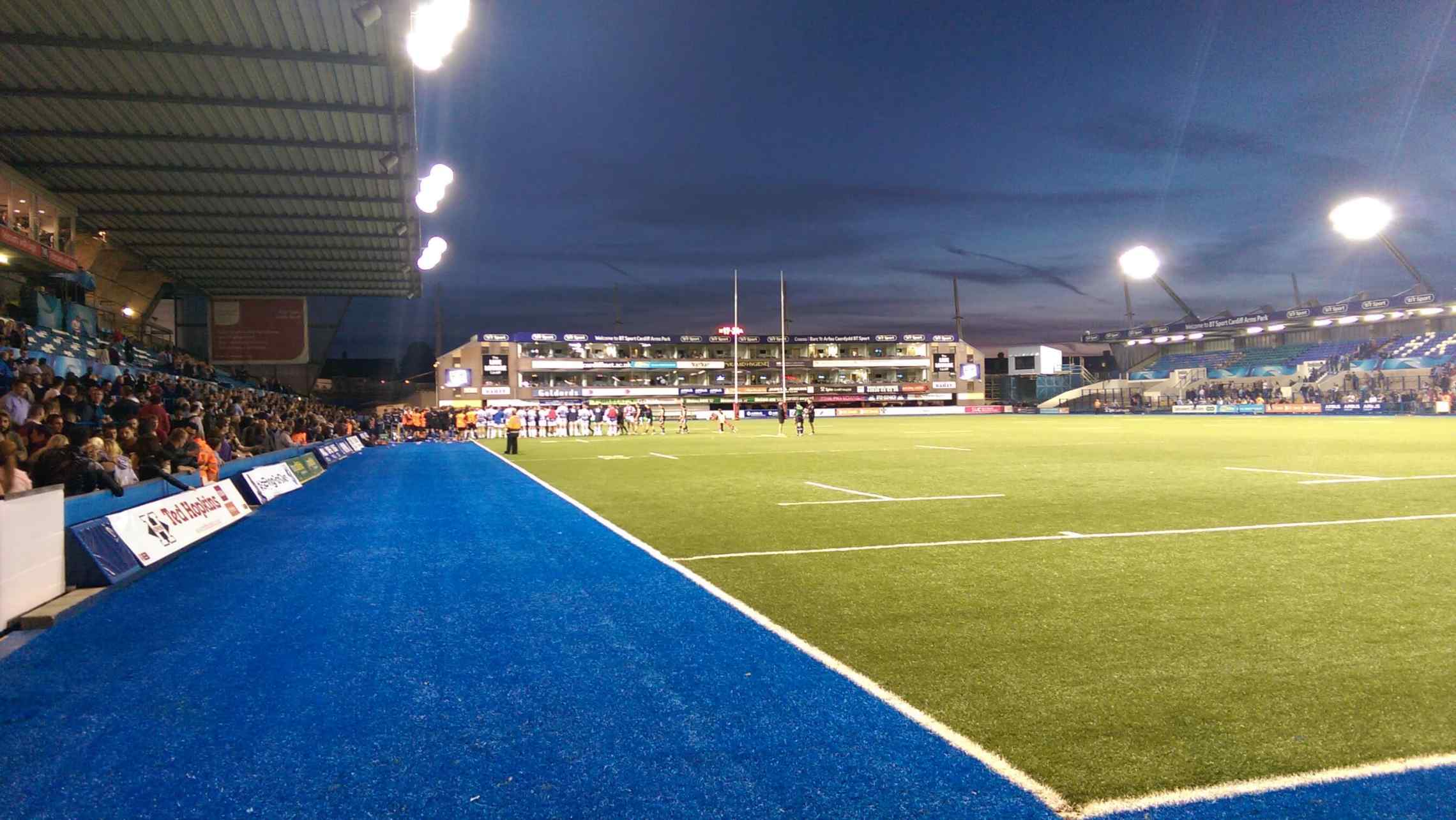 “My hope for next season is pretty simple – just to be at the opening game with my friends. The pre-entertainment would be Karl Kruger singing Sloop John B. The words could be printed in the programme!”

“The re-branding is very welcome but it must be more than a PR and marketing exercise. Yes, we know it will be used for business development and to encourage more sponsors and link with Cardiff Capital Region. But the Blue and Blacks were fundamentally about excellence. The club needs to embrace excellence in everything it does - from the Board to the stewards; from the coaches to the players. Behaviours and attitudes need to change. That's why Cardiff was "The Greatest". That's the only way it can be great once more.”

“My hopes for next season are principally that we stay afloat ( typical accountant ) and that the Blue and Blacks can give us all a lift by playing with flair and passion that attracts old and new supporters to Cardiff Arms Park.”

“If the rebrand is to be successful it cannot just be about looking back at our history and dwelling on past glories. It has to be about building on that history so that current and future generations of supporters will look back on today’s players with as much pride as older generations look back on Gareth and Gerald and Barry. We want to see Tomos Williams and Josh Navidi running onto the pitch in blue and black, carrying on the tradition of the great Cardiff players who have gone before them and inspiring a whole new generation of supporters. Visitors and supporters coming to the Arms Park need to feel that they are part of a great tradition stretching back 150 years but, more importantly, one that will continue long after we have gone.”

“I welcome the return to blue and black but what I really want to see is the return of what blue and black used to represent. A team the city was proud to call it’s own. Teams feeling beaten as soon as they arrived at Cardiff Arms Park. Cardiff teams not only winning but winning with a certain style and swagger. My hope is that Cardiff Rugby and Cardiff Athletic Club will work together to bring those days back. It’s what we all want.”

“I think the return to being unashamedly Cardiff on 1st August will certainly be long overdue, and mark the end of 18 years of confusion. Although it’s technically a step back in terms of returning to the branding of pre-2003, it’s a massive stride forward in terms of providing the clarity that the vast majority of supporters have craved and for the commercial side of the club to capitalise on the rugby heritage and the burgeoning reputation of the city.

In some ways I think we’ve already seen the branding having some impact on-field. Dai Young understands what the club is about, and the evolving style of play we saw during the Rainbow Cup is a return to high-tempo, high-possession, skilful rugby that Blue and Blacks sides of old prided themselves on. With Young now having a full pre-season to build on that identity it makes for a potentially exciting 2021/22 campaign.”

“Following the Blues has always been a bit up and down and whilst the support (at least in my friendship group) has always been there, going back to Blue and Black feels like a new dawn.

I remember going down to watch Cardiff with my Dad in the late 90s. There was always this air of excitement when we’d go and that’s probably because we were more competitive than we have been in more recent times.

Don’t get me wrong, I love going to see the Blues when I can but embracing our history and ditching the ‘Blues’ brand is really, really exciting.

We’ve shown that we can keep our best players but now I want us to be competitive. I don’t want to just be challenging for a Champions Cup spot – that’s not what Cardiff Rugby is about. I want us to challenge for the league and whilst that might feel like a pipe dream now, we’re certainly setting the squad foundations.

That’s not too much to ask for is it?”

“My hopes for this season is to see the Club beat the Irish teams and not just be competitive, and also to see the development of young local players.

As part of the rebranding I would like to see the Club reconnect with the local community through showing support to local charities and minority ventures in the Cardiff area, also that they raise the profile of the work done with the Womens, Disabled and Younger age group Cardiff teams.

I would also like to see and hear more use of the Welsh Language and that it becomes an integral part of the Club and that it is used as part of their Marketing Strategy.”

“The return of Blue and Black is the explicit admission that business plans cannot be based on parking identity in the search for punters. Blue and Black is a rich seam in the rugby mine, it must be hoped that as well as the colours reorientating to their correct hue, 2021/22 marks a return of that rich, deep and unapologetic Cardiff growl which has pierced the rugby psyche far deeper than recent events suggest.”

“CF10 has always made the case for Cardiff being Cardiff. Sometimes we’ve blown this particular trumpet loudly (for example, writing numerous blogs on the subject down the years), at other times more subtly chipping away (as we often did in meetings with the CEO and other directors).  When we last raised the issue formally in August of last year, the can was kicked down the road as hard and as far possible, and so I had no optimism that the club (for it is such) would have an epiphany and finally see the light just a few months later. Whatever the reasons, let’s be glad and celebrate that it has done so. Seasons 2003-2021 can now be fully embedded in the wrap around provenance of rugby at Cardiff; one club, one history, one future. As that master troubadour Bruce Springsteen as observed, it’s been a long time coming, but now it’s here. Changing the name is only the start of what needs to happen at the Arms Park - but what a great start it is.”