THE BIGGEST THREAT TO WELSH RUGBY IS THE WRU! 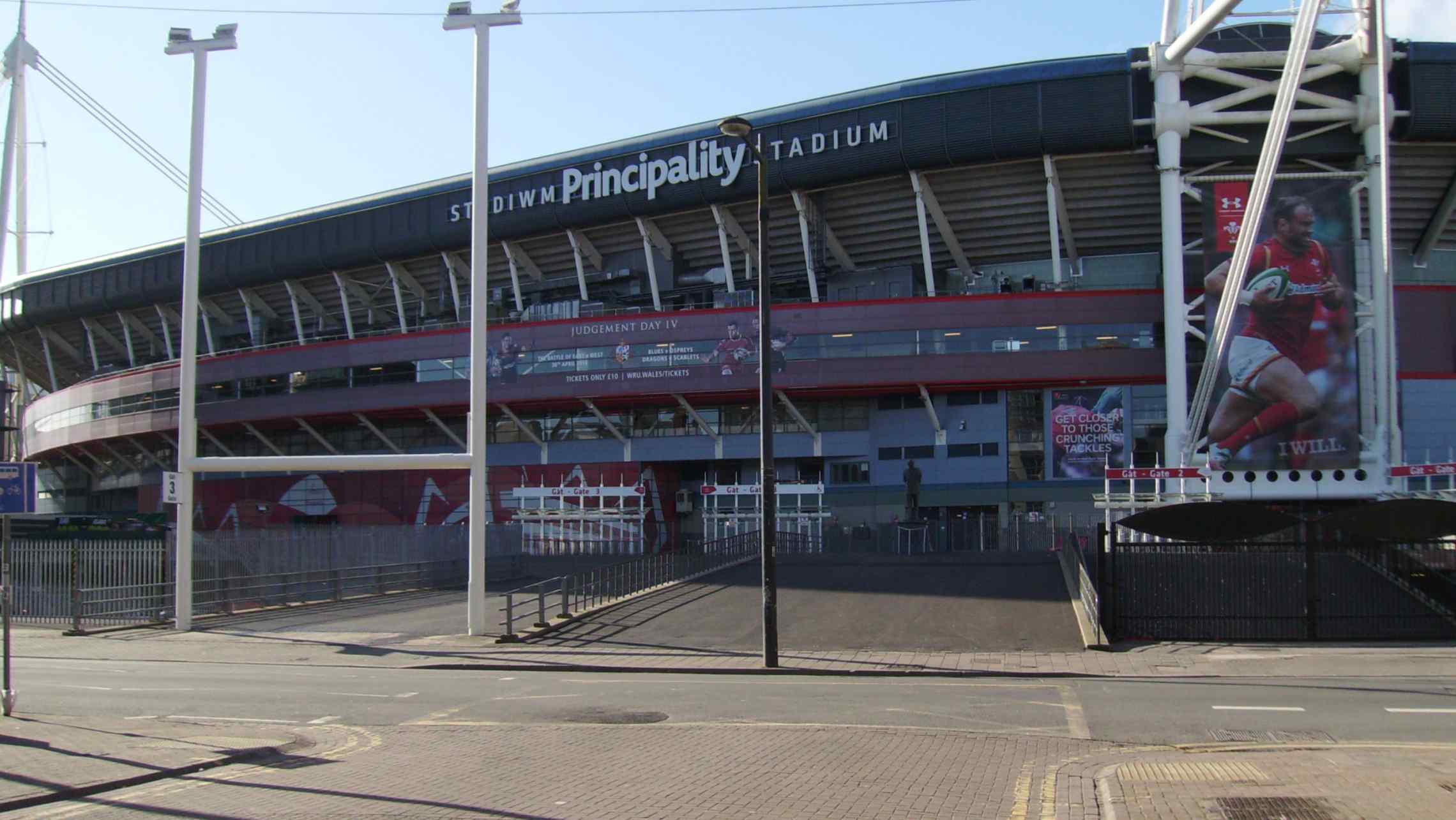 That’s quite a statement to make during a pandemic, surely that’s an exaggeration? While no sporting body in the world could have anticipated the pandemic and its impact, their leadership role in addressing the problems faced by the game, especially the professional game, is their responsibility. On that basis alone they are failing and failing miserably.

This issue is, of course, not new but it has come to a head once more through the current failure of the WRU to secure sufficient and appropriate funding for the professional game. Let’s look at the most recent issue first before looking at the wider governance implications.

On 17 December, in an interview with the BBC, WRU Interim Chief Executive Steve Phillips said that they were “looking for between £30m and £40m” from Welsh Government as a survival package for Welsh rugby. In England it had already been announced that the Rugby Football Union (RFU) was to receive a package of £135m - £44m to the RFU; £59m to Premiership clubs; £9m to Championship clubs and £23m to the community game. In Scotland, the Scottish Government have allocated £20m to the Scottish Rugby Union - £15m in grants and £5m in long term loans.

So on Monday it came as some surprise when it was announced that the Welsh Government had given the WRU £13.5 million to compensate for loss of spectator income during the pandemic. This funding to be shared equally between the four Regions and the WRU itself. So £2.7m each. It’s not clear at this point in time what use the £2.7m going to the WRU will be put to.

While on the face of it this sounds like a significant package it goes nowhere near what is needed to protect the professional game. When you look at the figures compared to the other nations or even when you look at the fact the Cardiff Blues squad alone costs £7m you can see the problem.

Ah, I hear you say but the WRU also negotiated a £20m NatWest loan. Or as it’s more accurately known the ‘Crippling NatWest loan’ which has to be re-payed over 5 years with interest. In two years’ time the regions will each have to pay nearly £3m pounds back to NatWest. This, at a time when the WRU were due to fund the Regions to the tune of £26m but have ended up only making £3m available and passing the risk of the loan to them, an issue we addressed extensively in a previous blog "The Governor of The Bank of England understood Welsh Rugby Funding".

So what went wrong this time? Why did the WRU fail to convince the Welsh Government of the needs of professional rugby in Wales? Like most things the failure didn’t occur in recent months or even during the pandemic, it occurred as a result of a failure of governance at the WRU.

Recent changes at the WRU both at Board level and senior staff have been well documented (see Who's actually left at the WRU after yet another shock departure amid crisis). There has been a great deal of personal criticism directed at the elected District Representatives, including new chair Rob Butcher for their lack of expertise and skill in running a £90m organisation. It is not the purpose of this blog to address such matters suffice to say that the departure of Gareth Davies as Chairman and Martyn Phillips as CEO was a massive blow, but their presence only papered over the partial governance changes which they wanted to introduce. As Gareth noted recently on Twitter that many Board members are only interested in their own positions, stating that the WRU Board “refused to look at a proper succession plan- only their own succession”.

The situation is likely to get worse with the two current non-executive directors departing in April and the Board facing a situation where it has no permanent CEO in post and a number of senior staff either having departed or are about to depart.

This is an extremely dangerous time. In order to reduce risk, there will be a massive temptation to appoint Steve Phillips as the permanent CEO in order not to lose more organisational knowledge. But that’s a really weak reason to make such an important appointment.

Fundamentally a board should set the culture of the organisation – the values it holds; how it will work with the staff and what it expects from them; how it will work with its stakeholders and what relationships it wants to have with them. These are not matters which should be left to individual CEOs but should be a collective agreement by the board before appointing a CEO otherwise they will appoint the wrong person. They haven’t done that and it’s a matter of conjecture whether they have the ability to do so.

In this regard, the relationship with the Regions is crucial. The master/slave relationship which the WRU has traditionally adopted is no longer appropriate (if it ever was). Historically, a command and control approach has long been adopted. There’s been an arrogance about the organisation, a ‘we know best’ approach. You hear this not just from people in the Regions but also the media. It’s amazing that there isn’t more public criticism of this culture. It exists throughout many of the senior staff and it needs to change for the good of the sport.

The WRU likes to see itself as the body which delivers success to Welsh rugby. It’s loathe to give credit to the Regions or anyone else for developing players and running successful Academies. That’s not to say that the Regions are perfect, far from it, but a mutual dependence exists and that should be seen as a strength not a weakness. They have also initiated significant governance changes themselves in the last two years. The result of this has been none of the promised benefits of Project Reset being delivered by the WRU.

In this regard, it is surprising that Steve Phillips alone led the application for pro-rugby funding. It was presented as a loss in income to the WRU not a pro-rugby problem. Were any Regional representatives involved in the meetings with Welsh Government to support and set out a more rounded approach to the problems they faced. Similarly, with NatWest. Rather than being seen as important stakeholders, were they seen as potential impediments to the WRU’s negotiation? If so, why should that be? Steve Phillips briefed the Professional Rugby Board (PRB) on progress but it is understood he didn’t involve the Regions directly in a partnership.

You have to also ask why Wales was the last country to agree a package for rugby. Well, it’s said that the interim CEO had put all his eggs into the RFU basket thinking that they were negotiating a British package on behalf of England, Scotland and Wales, without realising that the Department for Digital, Culture, Media and Sport only funded England and UK-level bodies. When the announcement was made in England there were hurried calls to see what the situation was in Cardiff Bay. To say that a shambles had occurred would be an understatement.

This is where good governance comes into play. All CEOs need challenge, support and advice from their Board. They should have been saying to Steve Phillips that he needed to work in partnership with the Regions; trusting them; taking them along to support the case for Welsh rugby; showing a united approach and how they are collectively working together; how their finances are inter-dependent. The WRU should have been seeking advice from wider stakeholders about political structures and funding opportunities rather than thinking they had all the answers when they didn’t know what the question was in the first place.

But no, this didn’t happen. It didn’t happen because the WRU Board doesn’t understand its governance role. It is not fit for purpose. It’s not skills-based. It is, as Gareth Davies suggested simply self-interested.

The result is insufficient funding from Welsh Government and a NatWest loan which has crippling payback terms and will need to be renegotiated, probably with the support of Welsh Government to extend the term.

This is an extremely worrying time for pro-rugby in Wales. Over the next few months you can see that the WRU will need to work with the Regions to sort out the loan situation. You can also see the WRU appointing a CEO, whether that be Steve Phillips or someone else and recruit a number of other senior staff to fill vacancies. Those are the comparatively easy bits. The difficult bit is governance reform at the WRU. That’s a task which has been needed since Adam was a lad but is now probably as far away from being grasped as it ever was with few leavers available to make it happen.

When we said at the beginning of this blog that the WRU was the biggest threat to Welsh rugby it seemed like an exaggeration. It now appears more like an understatement.