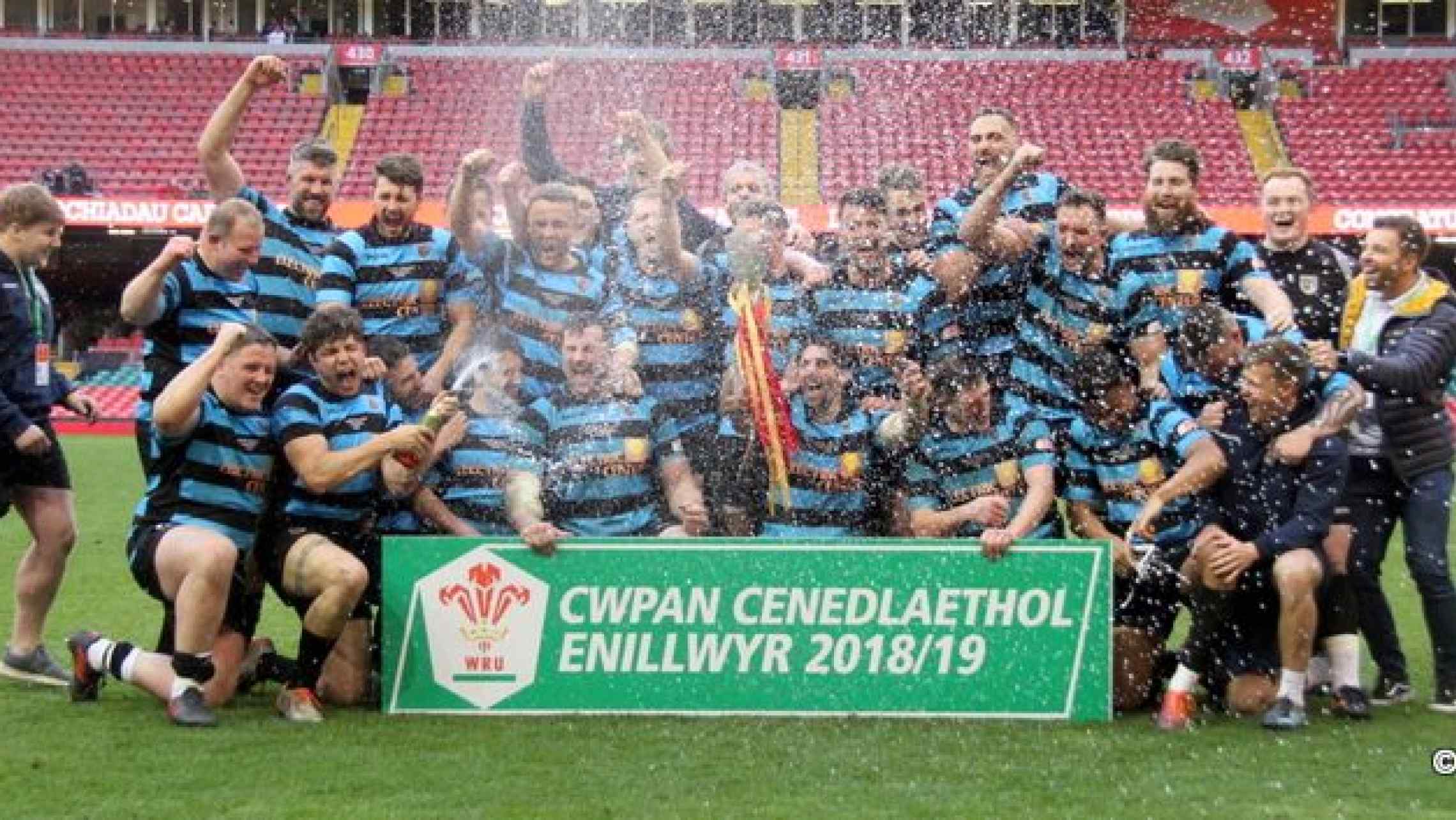 It is a fine reward for the squad after what has been a superb season up until now, and hopefully gives the players a boost to end the campaign well and finish as high up the Principality Premiership table as possible.

Head coach Steve Law had welcomed back captain Joey Tomlinson, Sam Pailor and Zach O'Driscoll to his squad after the previous week's loss to Pontypridd, while Keiron Assiratti made his first appearance of the season packing down at tighthead, but it would be Merthyr who got off to the better start.

A lengthy attacking set was sparked into life by the always dangerous Kyle Evans when he broke easily in midfield, before Adam Thomas went close. Some close phases couldn't quite get over the line, but Evans popped back up on the right wing with Matthew Jarvis converting.

Cardiff needed to get back into the game quickly, and although they didn't score in the end, an excellent Ben Thomas chip collected by Max Llewelyn showed enough attacking intent to send a message to the Ironmen that they were in for a fight.

A further attack spent camped inside the Merthyr half eventually drew a defender offside and allowed Gareth Thompson to get the Blue and Blacks on the board off the kicking tee.

Cardiff kept pushing on the attack, but a Thompson kick through sat up kindly for Jarvis and from the next phase the Ironmen struck with the quality that has seen them sit top of the Premiership for much of the season.

Two excellent offloads from centres Aaron Pinches and Adam Thomas sent Kyle Evans free, he traded passes with scrum-half Rhys Downes and went over the line for his second try of the game, Jarvis not quite able to convert on this occasion.

The Blue and Blacks needed to score next and did so after a turnover followed by a penalty allowed us to kick to the corner. The initial driving maul was well worked and arguably pulled down with the try line beckoning, but composure was kept and Tom Daley drove over in the right corner for a try converted brilliantly by Thompson.

After a quick opening 15 minutes the game settled down as Merthyr dominated possession but got little change from an organised Cardiff defence prepared to meet the physical challenge of a Dale McIntosh coached pack.

Eventually though the Blue and Blacks got their noses ahead thanks to a Gareth Davies mistake, stepping into touch when collecting a superb Edd Howley kick, and winning a penalty at the resulting lineout which Thompson kicked.

The last few minutes of the half saw missed penalty attempts from Thompson, Edd Howley and Matthew Jarvis, as the game got bogged down with infringements a touch before the teams headed into the sheds with score showing Cardiff ahead 13-12.

A 10-minute break seemed to do the Blue and Blacks the world of good as they came out firing early in the second half, with captain Joey Tomlinson leading the way in securing a turnover and then chasing down a Thompson kick through to pressure Jarvis into a poor clearance kick.

Off the top of the resulting lineout, Joe Gatt kept it tight on first phase before the ball went wide and some excellent hands from Thompson, Edd Howley and Max Llewelyn saw the latter score the second Cardiff try of the game.

Thompson kicked the conversion but Merthyr were sparked into life and pushed to get back into the contest. The Blue and Blacks withstood the assault on the line well for 10 minutes, but eventually Rhys Downes was able to get over in the corner with Matthew Jarvis converting to cut the lead to one point.

However, Cardiff were able to hit straight back with Martin Roberts breaking up the middle before the ball was recycled for Ben Thomas to produce a huge fend on Teri Gee and step past Jarvis before scoring his 10th try of the season.

Thompson missed the conversion to leave the scores at 25-19, so that with 20 minutes to go the game was all to play for.

What followed was a stunning display of defensive commitment and organisation, with Cardiff players using every last ounce of energy to keep Merthyr at bay despite them bringing on the big guns in the form of Jay Baker and Tom James.

Edd Howley produced two spectacular moments, with a try saver on Baker and then plucking a kick to the corner out of the air with his toes milimetres from the touch line.

In the end it was enough for the Blue and Blacks to lift the WRU National Cup for the first time since 2007 and the eighth time in our history.

Full credit has to go to the players for their efforts, the coaching staff for the playing style they have created, and particularly Steve Law for his talent spotting in getting the squad together and then cultivating a team culture that is incredibly strong.

"Because we are the best team, the Blue and the Blacks!"