The first moves for John Mulvihill 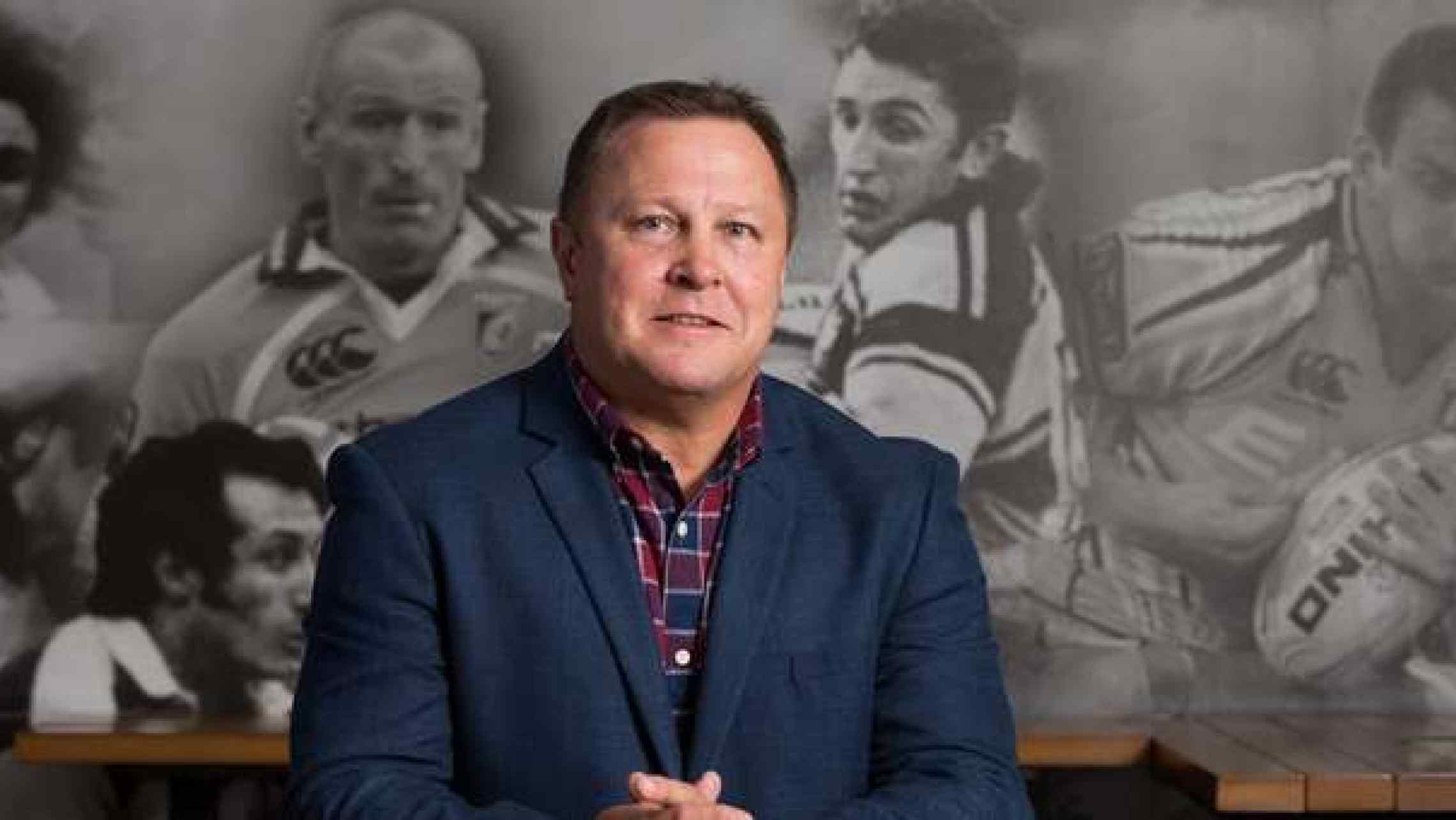 With June now upon us and the international test window in full swing, the end of the 2017/18 season is getting very close. Teams are announcing pre-season friendlies, European draws and league fixture lists are imminent, and some clubs are already back in training ahead of the new season.

At the Arms Park we have seen John Mulvihill officially arrive in Cardiff to take over as head coach at the Cardiff Blues, and focus firmly switches to planning ahead for the 2018/19 Guinness Pro14 and Heineken Cup campaigns.

So, what will be on the Australian's list to do at Wales' capital region, and what must he achieve in his first few months before the Pro14 season kicks off at the start of September? I've put together a list below on what I see as some points of interest.

Mulvihill is in a very privileged position in terms of the squad he is inheriting at the Cardiff Blues next season.

There is an exciting blend of young talent in the likes of Dillon Lewis, Seb Davies, Tomos Williams and Owen Lane, and experienced older heads of Gethin Jenkins, Nick Williams and Matthew Rees.

Add in the international quality of Ellis Jenkins, Sam Warburton, Josh Navidi, Gareth Anscombe, Rey Lee-Lo and Blaine Scully, and it's no surprise that the squad was able to win the Challenge Cup and earn qualification back into the Heineken Cup.

However, pushing on in the Pro14 and progressing at the top table of European rugby requires some additions to a squad that is still on the smaller size, both in terms of numbers and physical stature.

The club have already stated that signings have been made, with Richard Holland trailing a major addition at tighthead in an interview with WalesOnline's Simon Thomas last week, but it's not clear whether the full number of new signings have been made and this may be the reason for the delay in announcements.

If that is the case, then Mulvihill will be hoping to complete his signings before the squad are back in for pre-season to allow him to focus fully on getting his players ready for the season start.

There was a lot of talk last season about the 'leadership group' and how important and effective they were in terms of squad cohesion on the playing field, training field and away from rugby altogether.

At the head of this was Gethin Jenkins, who has been Cardiff Blues club captain since the start of the 2015/16 season. Despite missing out on playing in the European Challenge Cup Final in Bilbao, his importance was underlined by the fact that he was around the squad for the entirety of the trip, and helped lift the trophy at the end of the game.

However, with a new coach might come a new captain, and Mulvihill may opt to switch things up as he begins his tenure by selecting a different player to lead the club into the 2018/19 season and beyond.

There are no shortage of leaders in the squad, but if Mulvihill does choose to stick with Gethin he has a proven and ready-made leader of men.

Decide on a style of play

From what we've heard of John Mulvihill so far it seems his general rugby ethos is not a million miles away from the brand of attacking rugby we were playing last season. Expansive and at a high tempo, the aim is to be unpredictable and elusive, moving opposition defences around and avoiding being dragged into a battle up front.

However, he is also big on skill levels of his players, and is keen to see them get better in that department. A firm believer in skill over strength, Mulvihill will no doubt be keen to build the technical aspects of the team's game over the coming years.

To do that will have to see some change in training and psyche amongst the squad, but Mulvihill should be wary of making huge changes with the memory of Mark Hammett's ill-fated spell as Cardiff Blues Director of Rugby still fresh in the mind.

Although he eventually departed for other reasons, it's no secret that Hammett fell out with senior players over his coaching methods, and Mulvihill will be wide to avoid rocking the boat to that extent as he takes over this summer.

That last point leads on to this one nicely, as the Australian inherits a squad with a greater togetherness than has been seen at the Arms Park for a long while.

Indeed, everyone connected with Cardiff Blues was quick to credit the strong culture of the squad for the remarkable turnaround at the Challenge Cup Final in Bilbao, and indeed for the general form throughout the second half of the season.

As the coach, it is not Mulvihill's responsibility to create the culture as such, but to ensure that the right culture can grow, or in this case, be maintained within the playing squad.

Danny Wilson got this aspect of man management spot on, and Mulvihill will be keen to get the previous three points right to ensure that this point is achieved. What personalities are added to the squad will be important, who the leadership are will be key, and getting them on side early will be a big indicator of what success levels the new coach will have at Cardiff Blues.

The encouraging thing in this respect is the amount of players, including top level internationals, that have formerly been coached by John who were keen to speak out in support of his man management skills after his appointment.

Get to know the supporters

Perhaps the most important part of the list is how John Mulvihill will integrate himself with the Cardiff Blues supporters over the coming weeks and months.

We all know that we are a fickle bunch; we couldn't be more supportive when things are going well, but perhaps we're too quick to fall into pits of misery when results or performances are not going our way.

If we like the head coach there is certainly more slack to be cut during the hard times, which undoubtedly there will be, as Danny Wilson found out during some winless streaks in his tenure.

With the CF10 Arms Park Rugby Trust and the Cardiff Blues Supporters Club on hand with access to many fans as members, Mulvihill has two excellent gateways to get to know supporters, while a generally amenable approach around the ground is always welcome.

Mulvihill has been impressive in interviews so far, and making a good first impression in person will certainly put him in good stead before a tackle is made in anger.

From all of us at CF10, good luck in your new role John, we're right beyond you. Come on Cardiff!