SummerFest a success for CF10 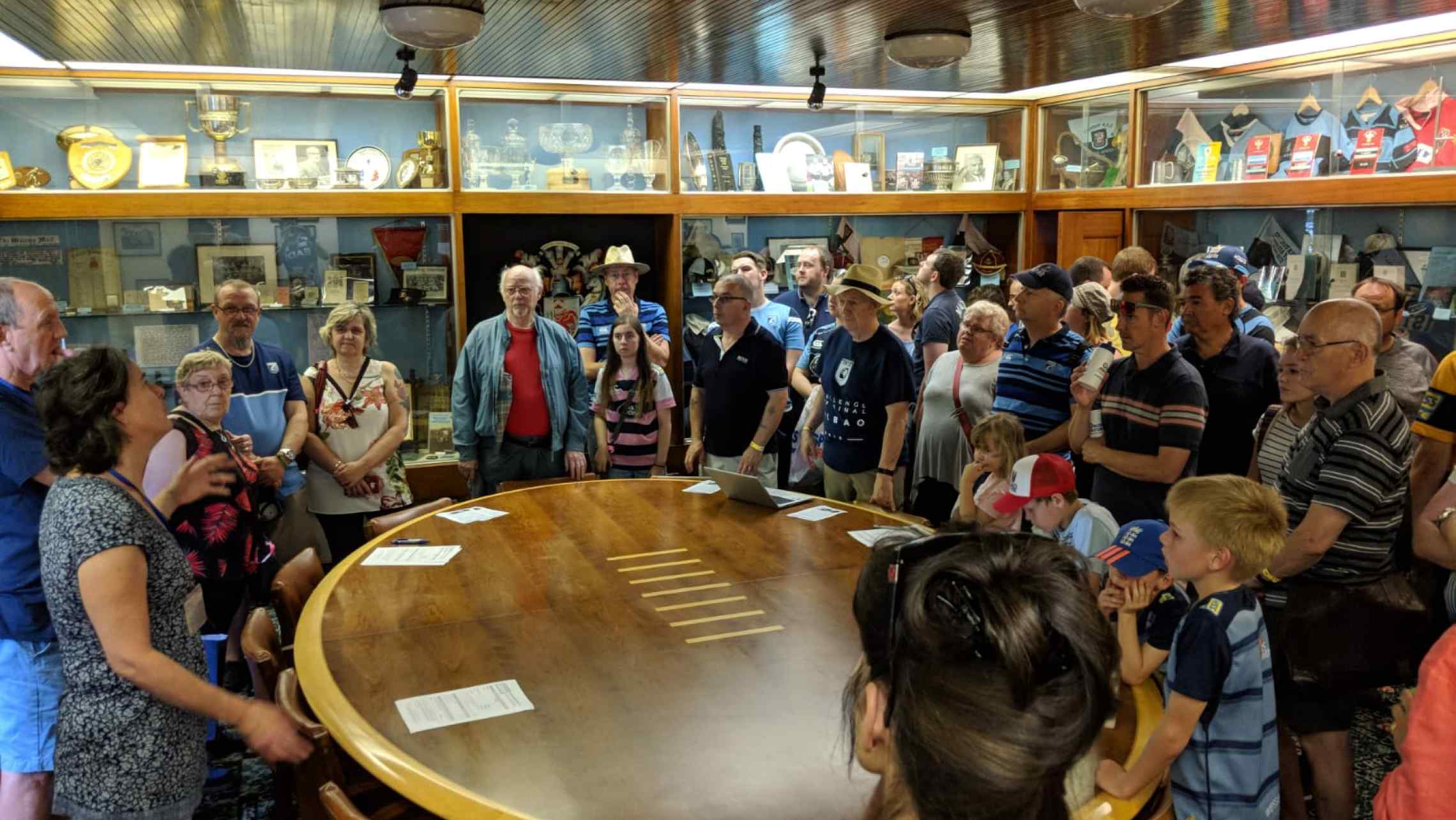 The Saturday before last saw Cardiff Blues stage the very first 'SummerFest' event at Cardiff Arms Park in what was a massive success.

Hundreds of children enjoyed skills sessions with members of the Cardiff Blues squad, while supporters were treated to question and answer sessions with coaches and players, stadium tours and the reveal of the new home and alternate jerseys by Macron.

For the CF10 Arms Park Rugby Trust it was a chance to show off months of hard work by conducting tours of the Hubert Johnson trophy room in the clubhouse at our famous ground.

Visitors of all ages came in during the day, and as part of the 'Karl's Tours', to view memorabilia from the history of Cardiff rugby stretching back into the 19th century and including items from Welsh rugby and rugby union in general, and ask questions of the CF10 board members present.

Supporters also got the chance to watch the video put together for the 140th anniversary of Cardiff Rugby in 2016, which was warmly received by all who viewed it, and sign up as members of the Trust.

Board member Sally Carter, who also sits on the heritage committee, gave a bit of background to the work carried out and was very pleased with the outcome, saying, "For the last year a small group of volunteers from CF10 Arms Park Rugby Trust, Cardiff RFC's Heritage group and students from Cardiff University Conservation Department have become a regular sight at the Arms Park as we have worked to preserve the objects in the Hubert Johnson Trophy Room.

"The most fragile objects have been put into proper archival storage until we can redisplay them in purpose built environmentally controlled cases. Everything has been fully photographed for the Online Museum website allowing people to still access the objects that have been put into storage.

"The existing cases have been cleaned and refurbished and collections are now displayed on conservation quality materials, with the cases restructured to show the chronological story of the amazing history of rugby in Cardiff, from the earliest 1880's Cardiff jersey to Filise's shirt from the final in Bilbao. Generous loans from Mike Hall and Bob Norster have helped to enhance the refurbished cases.

"We were excited to open up the room to the public as part of Cardiff Blues Summerfest and we were overwhelmed by the number of people who visited and the enthusiasm they showed for the project. It was particularly rewarding to see how interested the youngsters were in the displays.

CF10 Arms Park Rugby Trust chairman David Allen added, "it was terrific to see such interest on the day and from such a broad spectrum of fans - which rather put paid to the idea that it’s only spectators of ‘a certain age’ who find Cardiff’s rugby heritage of interest!

"Building on the success of the event, we’re trying hard to create some more opportunities for people to see the collection during the season, including at our planned next Trust members meeting in October."