In Search of Love and Governance at Cardiff Arms Park 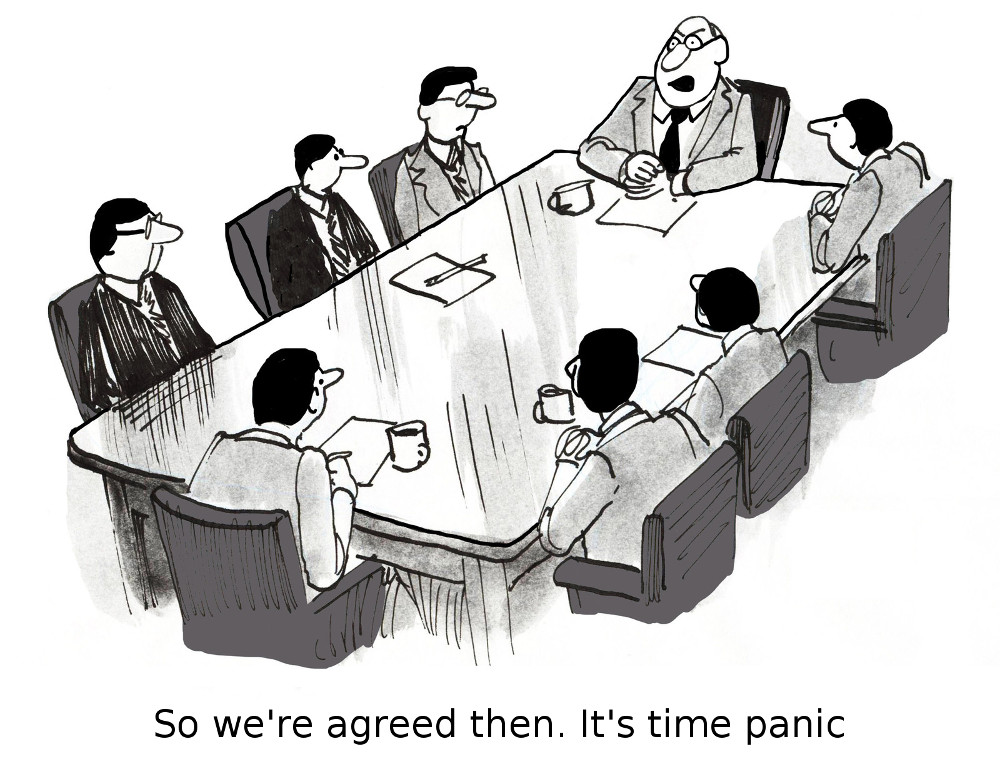 When Peter Thomas announced at the Cardiff Blues AGM (8 May 2017) that the WRU would be taking over operational control of Cardiff Blues but that he and the Board would remain in place, half the audience were nonplussed while the other half groaned. Although the transfer of responsibility never occurred one shining light in an otherwise bleak chapter of Cardiff Blues management might have been much needed changes in the Board.

So what has brought about this situation?

So, why do we need change at Board level and what difference will it make? Well in this blog we look at the importance of having the right people on the Board. People who can represent the shareholders and stakeholders of the club. People who understand the importance of governance, strategic thinking, organisational culture and leadership.

So who are the Board of Cardiff Blues?

It is irrefutable that some of the individuals mentioned above have made significant personal contributions to maintaining rugby at the Arms Park, but when you see the list the archaic nature of this board immediately strikes you. There is not one woman in sight. Even the WRU, probably the least modern board in Wales, has a woman on it and by all accounts she is exceptional.

The more forward thinking professional sports organisations have seen the benefit of including individuals on boards to represent spectators given that they are the club’s main stakeholders. It is even more surprising that this hasn’t occurred at Cardiff Blues given the statement of Peter Thomas at the 2016 AGM:

‘Peter Thomas said that his clear message from the board as its chairman was that this club and any other club belonged to the fans and not to himself or the board. The club belonged to fans of generations before, now and generations ahead. If any of the fans have anything to say then they in management positions are there to listen and there to support’.

So there we have it, a recognition that fans are important and need to be listened to. Unfortunately, this hasn’t manifested itself in the involvement of fans in the running of the club. This is a pity because there are some very able people not just involved with CF10 but in the fan base generally who could bring significant experience and expertise to the club and help stop repeating some of the catastrophic decisions which have been made in recent times which have affected the reputation of the club. Its also unacceptable given that small individual shareholders-the real backbone of the club-also collectively hold 500,000 shares in the organisation. They are equivalent to a Bailey or a Smart.

Last July in one of our earliest blogs titled, ‘Governance – How do you spell that?’ we emphasised the importance of having good governance to develop and protect the organisation. At the time, we were referring to ourselves but the same applies to Cardiff Blues and any other board come to that!

So what does good governance look like? You can decide dear reader whether you think it is in place at Cardiff Blues Ltd.

You can find all sorts of stuff on the net telling you what this looks like but it broadly comprises six areas which need to be considered:

There’s an old adage which says ‘Its people who make things happen’ and that’s absolutely true. A board needs a range of good people with a mix of skills – financial, organisational, marketing, IT etc. Most important, it needs people who are prepared to put in time outside of formal meetings and people with a positive ‘can do’ attitude to support and challenge the executive. Like any organisation they need training and development to understand both their role and responsibilities. The Chairman, for example, doesn’t have any more power than any other board member unless the board have given her/him that power.

Every organisation needs to know what it’s trying to achieve and how it’s going to achieve it. To be fair, the board has a vision for the redevelopment of the Arms Park. But this is in isolation to any vision for the development of a regional entity which the WRU wants to see (see our most recent blogs on the Player Pathway and Spectator Pathway. Importantly, the company also needs to decide the way in which it will work – its principles, ethics and values. What things it puts great store in, like openness and honesty, and what it’s not prepared to do.

It goes without saying that it needs procedures in place for spending money and taking money in. Who has responsibility for these and what checks need to be put in place to safeguard the company. They need rules to know what they can and cannot do. This applies both to employees and board members.

Everybody is accountable to somebody. Cardiff Blues board is accountable to its shareholders, supporters and other stakeholders such as sponsors. It’s important to be open and honest and communicate with them on a regular basis to tell them what’s going on and what’s being achieved. This has been a major weakness of the Cardiff Blues board recently culminating in a dire performance at the AGM. The Trust, by contrast, puts its Board minutes on the website and all its governance documents are there for people to see. It held a workshop with members during its AGM to establish the way forward.

Communications isn’t just about putting out good news stories and telling people how good we are, although that is important. It’s also a major contributor to the accountability point discussed above. Asking questions like: ‘who do we need to speak with?’; ‘who do we need to involve?’; ‘who needs to know’? You cannot over-communicate and the worst thing you can do is assume people know or don’t want to know what’s going on. Since the decision to withdraw from handing over operational control to the WRU was made, the club has said nothing.

6. Safeguarding the Reputation of the Organisation

If an organisation gets a bad name, for whatever reason, it’s potentially the beginning of the end. Organisations need to consider what risks they face. These could be financial, PR, data protection, health and safety, child protection etc. Everyone company will face different risks. Well, it’s safe to say that Cardiff Blues Ltd hasn’t handled risk very well recently. Financial risk and PR risk have been a disaster.

Supporters and sponsors don’t just want to be associated with success on the field, they want to have pride in their club off the field. How a club is run is hugely important as are the values it portrays. You wonder what impact poor governance will have on those wanting to associate themselves with Cardiff Blues. Rather than being an open and inclusive organisation, Cardiff Blues operates like a closed shop or personal fiefdom depending on your perspective. Given its associations with the City, it could and should be the most successful professional regional team in Wales, one that serious investors should be automatically attracted to; the reality, as we know, is somewhat different.

We’ve already suggested a number of things that Cardiff Blues need to do in terms of turning the organisation around, but a key part of the required re-engineering involves looking closely at the way it does things but more importantly in the people it has on the board. The latter needs to recognise that, no matter how successful each member has been in making money in their own particular sector, the skills needed to run a professional rugby club are totally different. The relationships with stakeholders, the importance of communication and PR generally are in a different league. If they truly love the club then they will initiate change because change is needed. They will also be much happier as major shareholders holding a new board to account.

As Albert Schweitzer once said:

‘Success is not the key to happiness. Happiness is the key to success. If you love what you are doing, you will be successful.’

We suspect that there isn’t much love around Cardiff Arms Park at the moment.