Opening Up Our Heritage 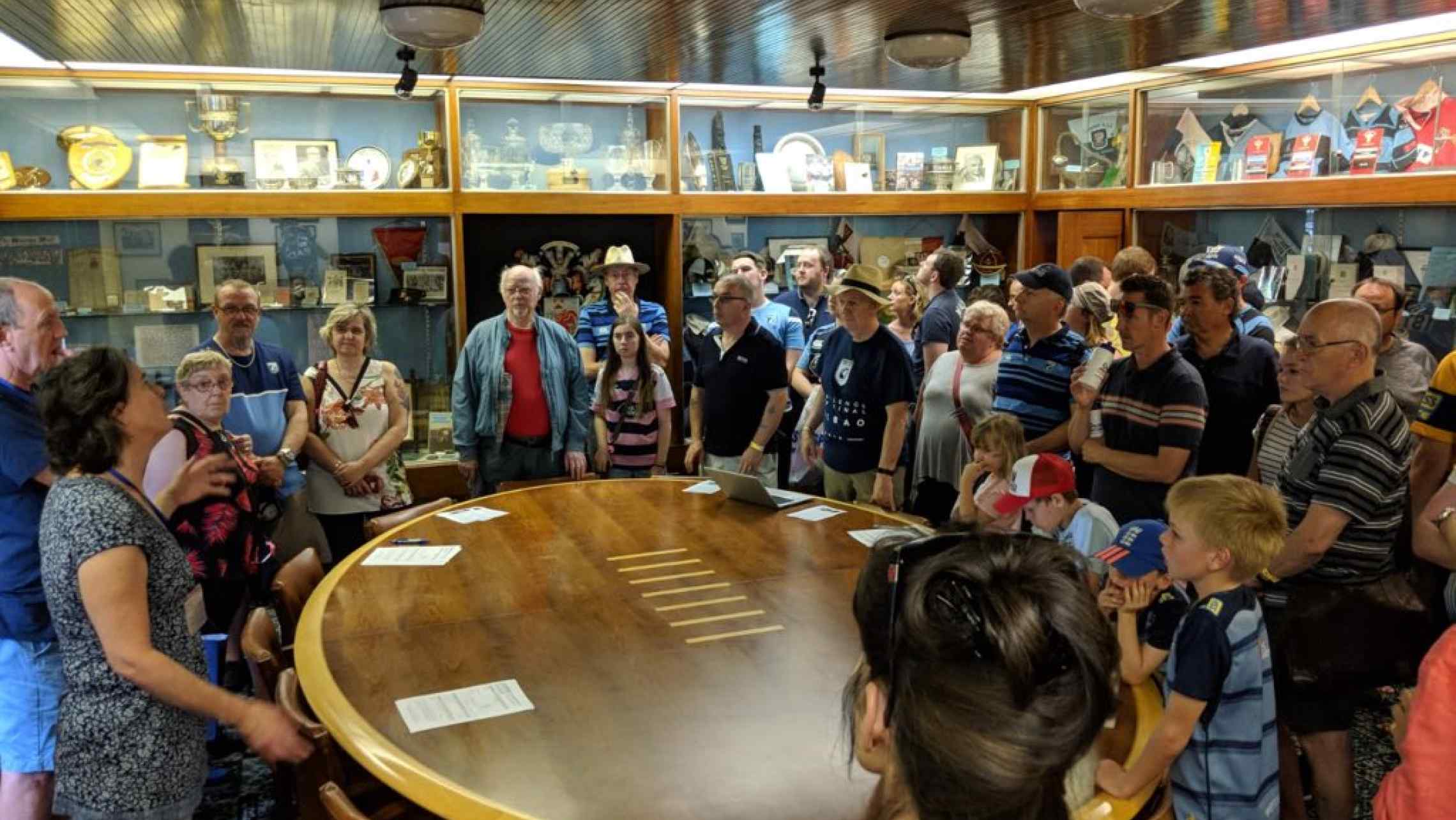 Taking Heritage out of the Trophy Room

A key part of CF10’s mission statement is protecting and preserving our heritage, ensuring that any future developments of the Arms Park properly reflect the club’s name and history. Our heritage is key to defining who we are.

CF10 has worked hard in partnership with Cardiff Athletic Club and Cardiff Blues to ensure that the heritage on display in the Hubert Johnson Trophy Room and on display around the Clubhouse, has been fully documented and is being properly cared for.

However, there is still a feeling that our heritage is hidden away. The clubhouse is only open to members on match days and the Trophy Room is mostly only open to a select few. This means that for many people the heritage of the club is remote. We should be celebrating the glorious past – a past that has seen us beat the All Blacks, the Springboks, the Australians (on six occasions), reach a senior European final and lift two European trophies, as well as accumulating numerous domestic honours - and not be embarrassed about doing so. And there are plenty of ways that this can be done without endangering precious artefacts.

CF10 have already done a huge amount of work to open up collections to the public through the fantastic online museum (Cardiff Rugby Museum). This contains details and images of everything held by Cardiff Athletic Club and Cardiff Blues, as well as an increasing collection of ‘virtual’ objects, loaned to us by Cardiff supporters that we have digitised and then returned to their owners. We already have a huge  collection of Cardiff memorabilia online, and the Museum has received a great deal of praise, not least from the World Rugby Museum.

However, there is still so much we could do to embed heritage into the Arms Park itself, and to make it an integral part of the match day experience. It’s part of creating that mythical ‘fortress’ that many clubs aspire to, and which is entirely within our grasp. This blog looks at some ideas for how we could do so.

Barnsley FC have a vibrant ‘Reds in the Community’ project who have the wonderful motto “Our club, Our Ground, Our Past, Our Future.”

They decided that the Stadium itself should be a museum in its own right, where people could dip into its history when they are in the ground. They have put displays all over the stadium, with images and information on walls where fans can read about it as they wait to get into the ground or queue up for a pie and a pint. There are few rugby grounds as iconic as the Arms Park so we should be treating it as a living part of Cardiff’s rugby heritage. It’s great to see some heritage appearing on the walls alongside the changing rooms but we need to flaunt it not hide it away in the bowels of the stadium. When supporters enter the ground to watch a match they should feel that they are part of a continuous history of rugby that flows behind them for 150 years and which will continue long after we are gone.

Barnsley FC commissioned an artist to paint pictures of various aspects of the ground and its history as part of their 130th Anniversary project. He painted live at the ground and worked with supporters to create murals and paintings that were used in the Anniversary celebrations. The ‘Reds in the Community’ team also created a timeline on the wall, telling the history of the club. All these ideas would work well at the Arms Park, lifting the underground car park gloom of the place. Imagine a timeline starting at the top of the ramp down to the clubhouse, and ending up opposite the Jack Matthews Bar, including key points in the history of Cardiff rugby, alongside information about the players and memories of the supporters. 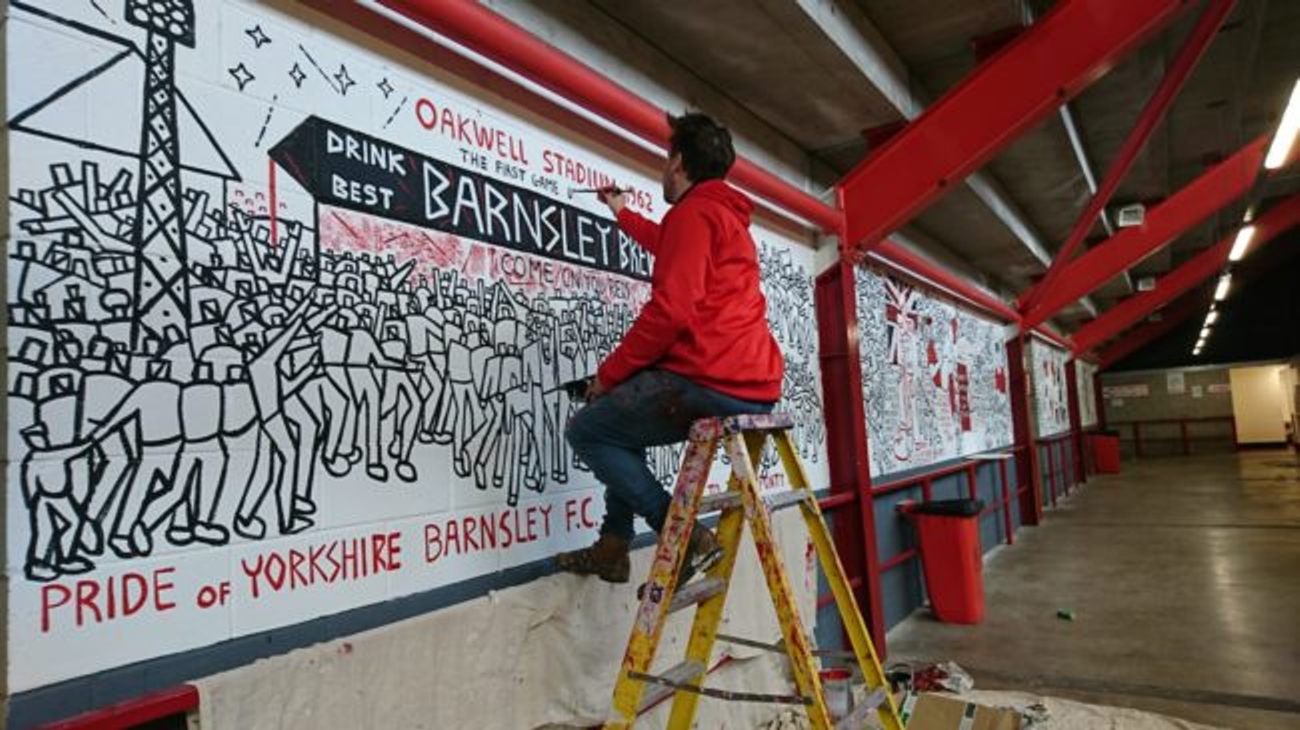 At their home games, Barnsley have a heritage table on display with information about the history of the club. Supporters can contribute their thoughts and ideas, as well as learning more about the club’s history. CF10 worked with Cardiff Blues to put on displays and give talks in the Trophy Room during Summer Fest and this proved incredibly popular. We were the last stop on Karl’s tour of the ground, and it was the perfect way to end the tour. It was great to see that when kids were given the chance to learn about the history of Cardiff rugby they were just as fascinated to watch videos of Gerald Davies running down the wing as they were to see their modern day Cardiff Blues heroes.

How would people feel about running a similar history and memorabilia table before matches at the Arms Park? People could bring things along to be photographed for the online Museum, and we could capture your memories of the club and the ground. 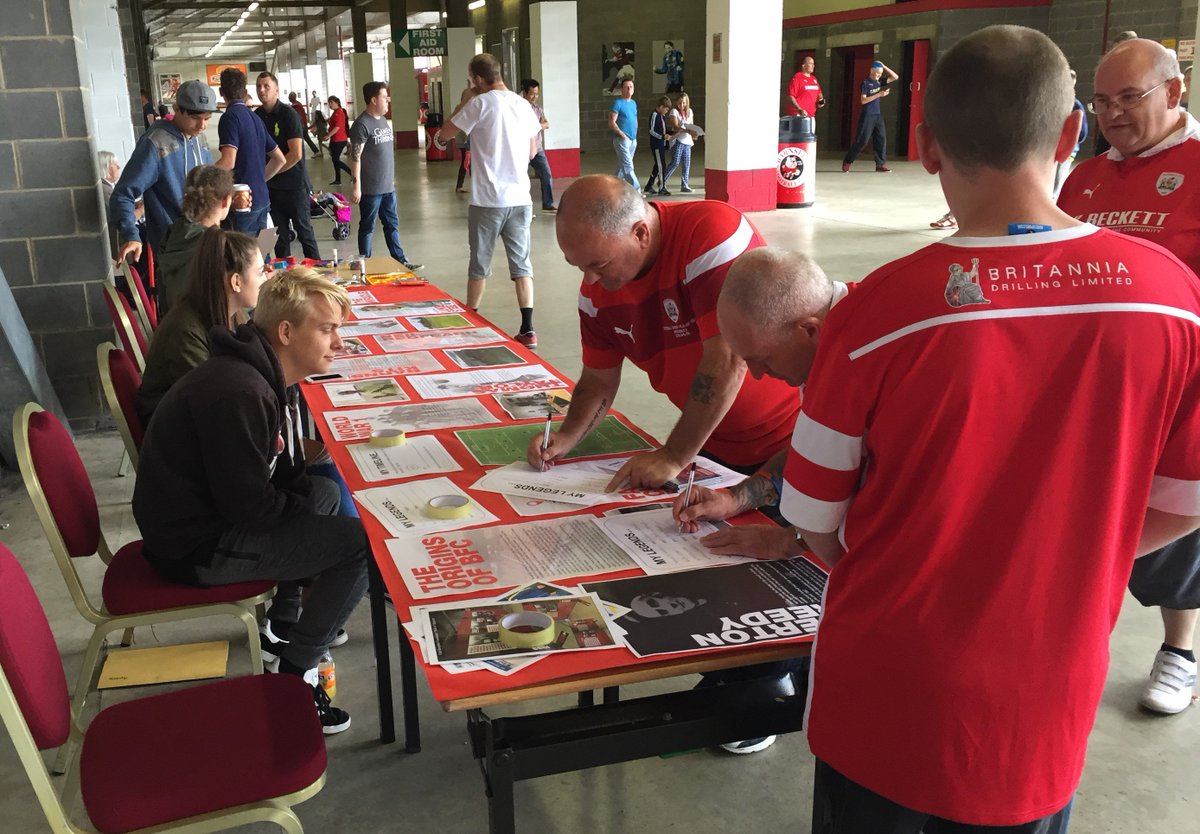 Sheffield Libraries have created a walking tour app of the city that explores its football heritage as the earliest football club in the UK. This can be downloaded onto your phone to act as a tour guide to the key football heritage sites around the city.

The app includes text, maps and photographs, as well as an audio tour – and the tour can be tailored to either a long walk or a short stroll that takes in the key areas. 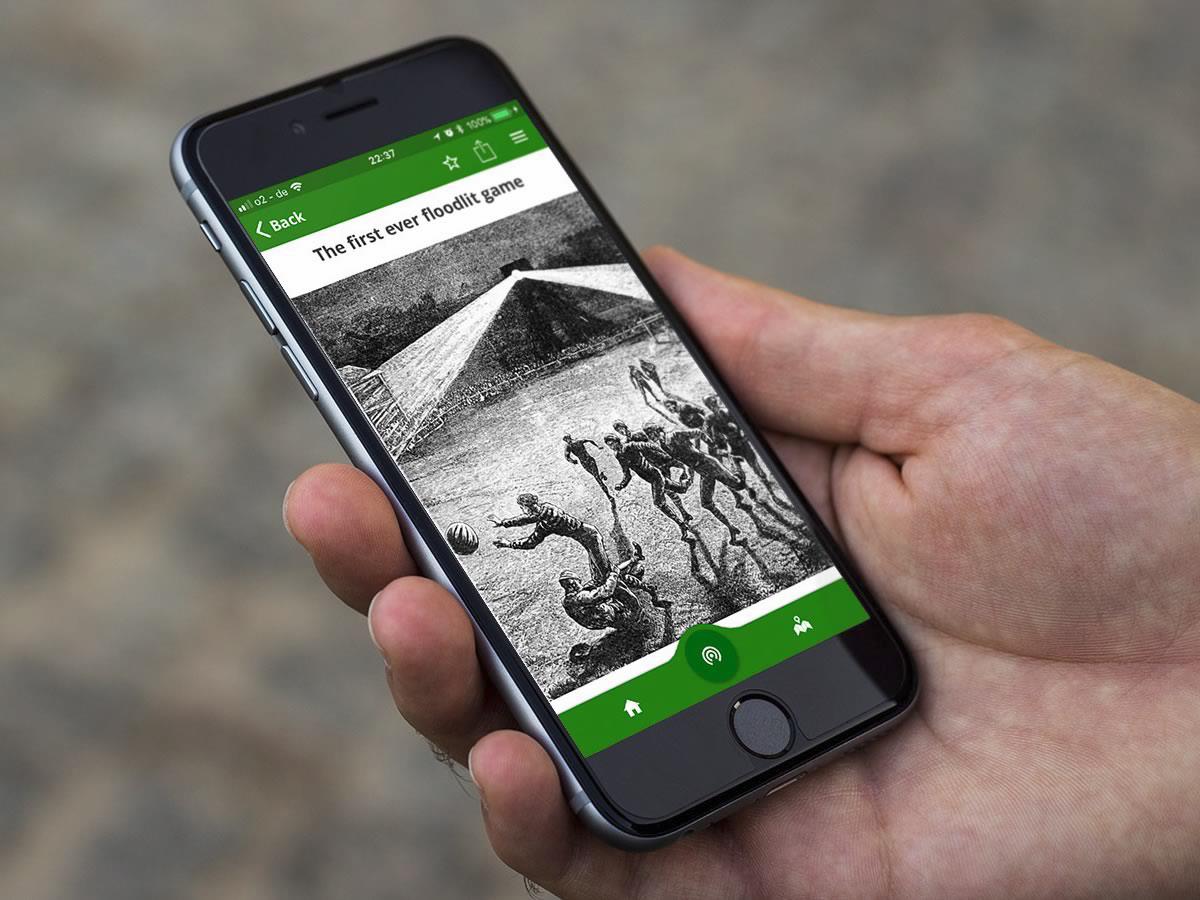 This idea would work so well in Cardiff, a relatively small city packed with rugby history, There are so many pubs and buildings within the city that had a key role in the development of rugby in Cardiff, as well as the Arms Park itself. There is so much potential here. Maybe we could get players (past and present) to narrate parts of the audio tour or include clips from the oral histories that CF10 are recording for the Museum. Maybe we could have a combined sporting heritage app that explores the whole rich sporting heritage of Cardiff from cricket and football to baseball, speedway and boxing. So many rugby players turned to cricket in the summer months and the Arms Park was a shared rugby and cricket ground for decades. We could have a shorter tour of the city centre, and a longer tour that takes more energetic walkers out to Sophia Gardens and the Cardiff City stadium. Sophia Gardens already have QR codes around the ground that people can scan and link through to more information about Glamorgan cricket – something that would be reasonably straightforward to achieve at the Arms Park.

When Exeter City FC redeveloped St James Park they worked with the Supporters Trust to redecorate the stands. This became a perfect opportunity to bring heritage out into the stadium itself so that supporters could “see your heritage where you sit”. They created a ‘Wall of Legends’ along one side of the ground and created banners of famous players to hang under the stands. 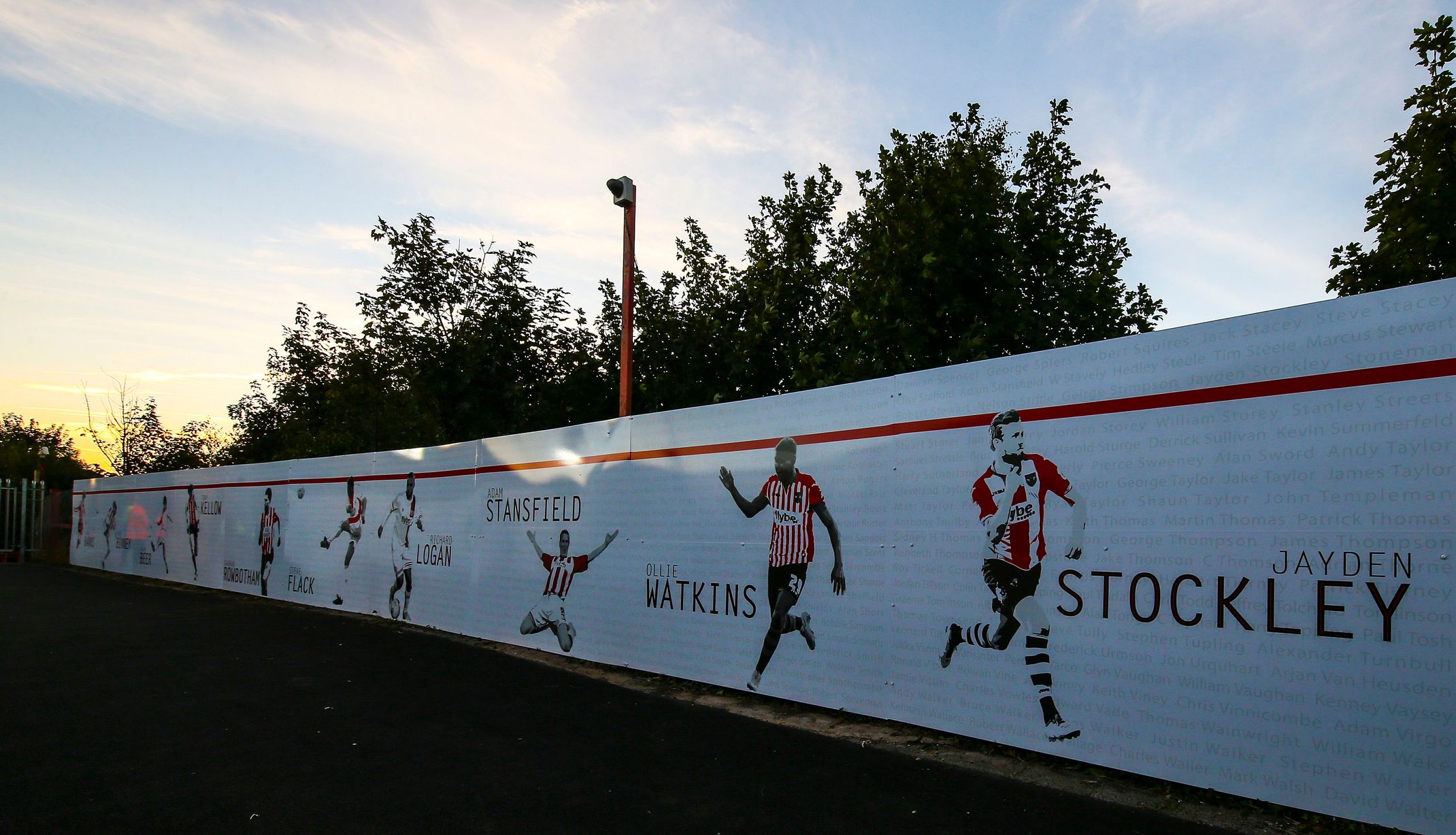 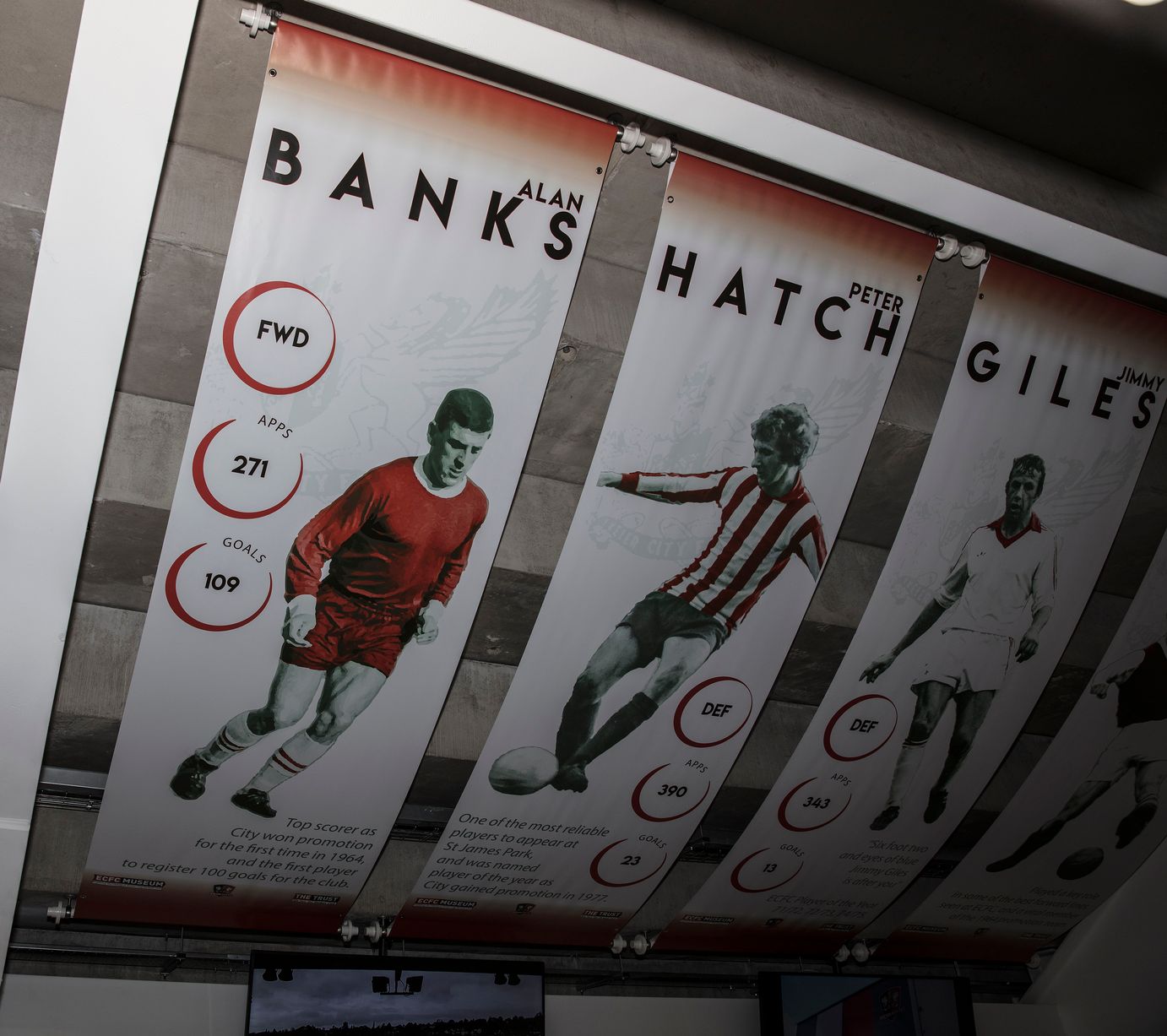 They also created photographic exhibitions that were displayed around the stadium – photographs of the redevelopment; Fans through the Ages; and an exhibition exploring the changing face of football photography. These proved so popular that photographic displays were added all over the ground, placing photographs in areas most relevant to the image.

Imagine a huge photograph of Gareth Edwards sliding over the try line alongside the South Stand, banners of famous players from the past hanging under the North and South Stands, and a Wall of Legends sweeping around under the Westgate Street flats.

Exeter FC even created a time capsule that was buried as part of the ground redevelopment, the contents of which were voted for by fans. I know that if we had done this at the Arms Park it would be full of items from the 1970s and still waiting to be buried – but we live in hope.

The Army Museum has created some eye-catching heritage banners exploring the history of sport within the armed forces. These are relatively inexpensive to create, and we could explore a variety of themes related to Cardiff Rugby history. Perhaps a banner for each of the key playing positions and the players that have filled those jerseys. Or we could look at specific events and matches - create banners for favourite victories over the Turks and bring them out for the Derby matches. 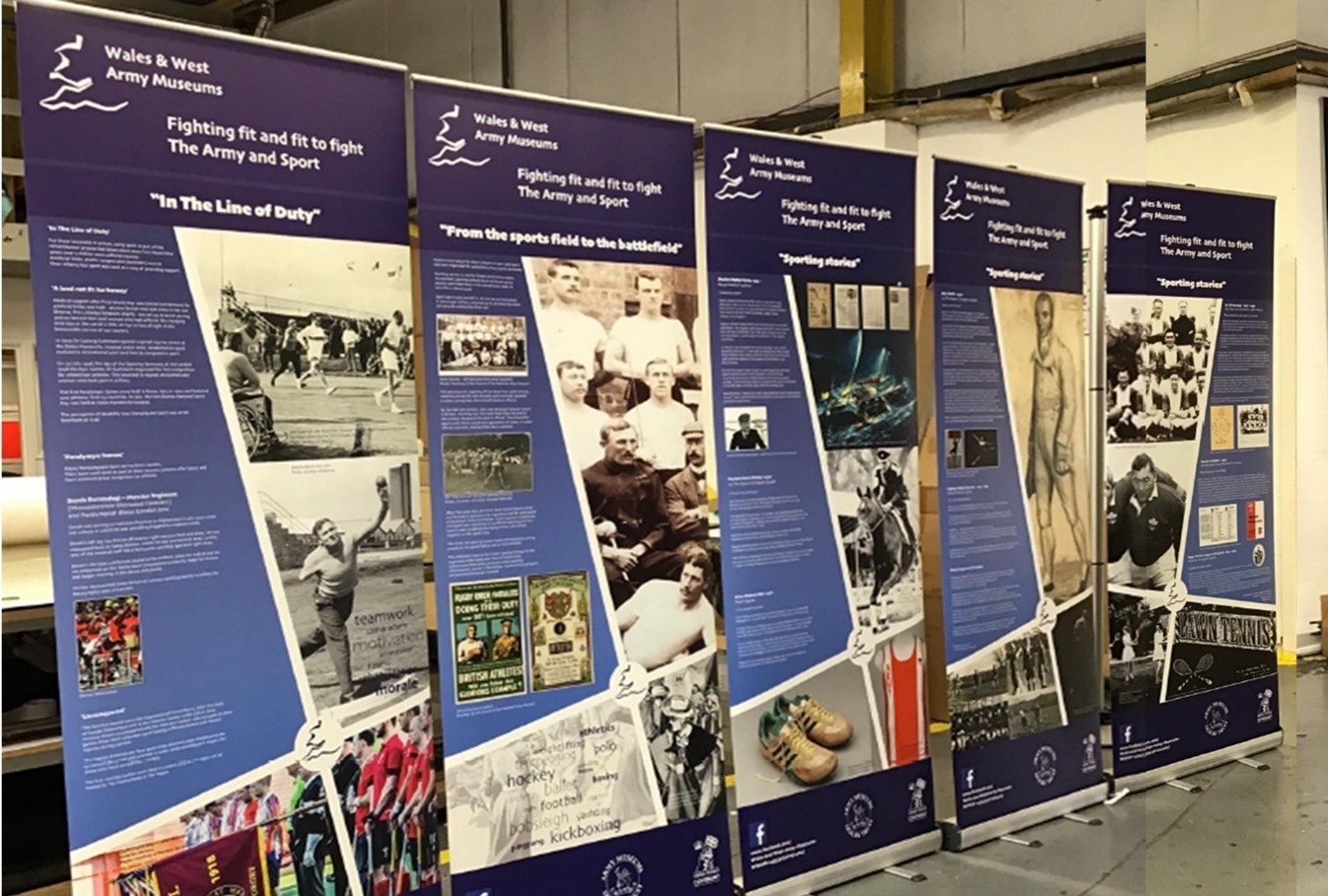 National Museums Liverpool created a fantastic exhibition about the divide between the Everton and Liverpool fans within the city. They invited fans from both sides to loan memorabilia, record memories, and help curate the displays. Often the Supporter’s voice goes unheard when we talk about the heritage of the clubs, but whilst players and management come and go the fans are the one constant. Imagine a display that explores the differences between the fans of the South and North terraces, or the changing nature of the fans experience over the decades.

But the club now is not the club that is was before 2003, so ‘How would this work?’ we hear you ask. As we’ve written previously, the Scarlets manage their history far better and without the existential angst that exists at Cardiff (see CF10 Blog: A Design For Life).  We already line the Clubhouse with images of players from both eras, show pre-Regional matches on the regional website during lockdown, and arrange Bleddyn Williams Cups when it suits. So, it’s a matter of choice isn’t it? But remember…heritage is key to defining who we are!

These are just a small handful of the ideas that fellow sporting enthusiasts came up with to bring sporting heritage out of museums and back where it belongs at the very heart of our clubs. We would love to hear from you if you have ideas for other ways we can bring heritage into the stadium, or if you would like to help us make this a reality by volunteering your time and skills.