What did we learn in pre-season? 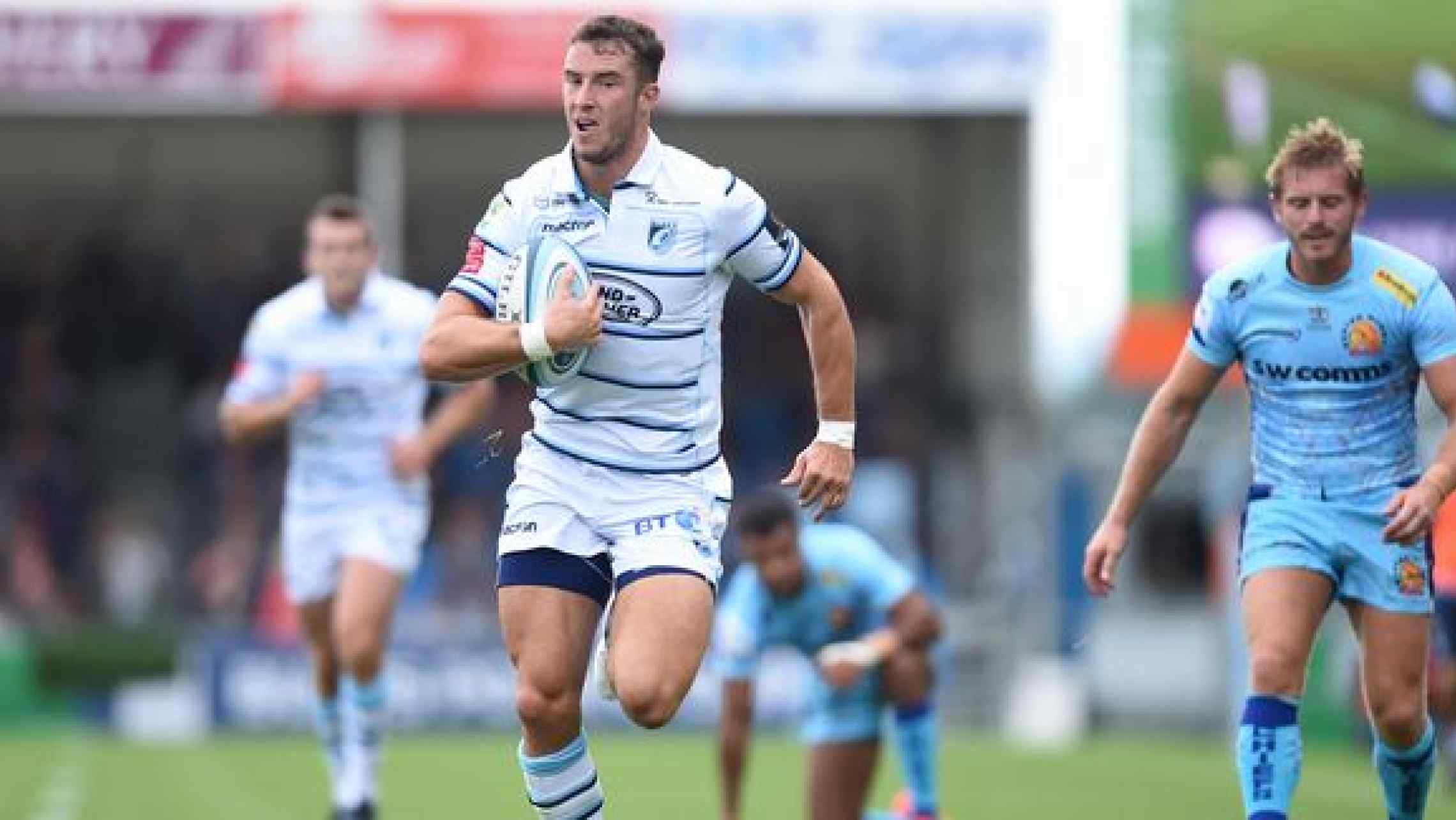 You wait three months for rugby to return to your life after the ecstasy of Bilbao, and then just like that pre-season is over and the league is almost here.

As Cardiff Blues go into a two-week training block ahead of the arrival of Leinster to kick-off the Guinness Pro14 campaign, they will look back to 160 minutes of action against Leicester and Exeter to gauge where exactly the squad is.

So what will John Mulvihill be pleased with, and what are the work-ons before the showdown of the European champions at the Arms Park? I've drawn up a list of my notes from the last two weeks to try and give you an idea.

Cast your minds back 12 months and you may well remember that Cardiff Blues entered the 2017/18 season on the back of a comfortable 23-34 win away at London Scottish and a last-gasp 21-20 victory over Exeter Chiefs at the Arms Park.

After a summer of turbulence the pre-season results offered some welcome positivity, but three straight defeats to start the Pro14 campaign saw that evaporate very quickly and only go to underline the fact that 'friendlies' are far more about performance and fitness than they are about winning.

The old adage of 'you learn more from defeats than victories' is a good card to play at this point, and while John Mulvihill can take plenty of positives, including the fact that at no point were we playing dreadfully, he now has two weeks to fix some of the issues which arose over the two games.

We need to get smarter

There were times across both games where Cardiff Blues were caught out either by the conditions on the day or the attributes of the opposition, and when competitive action comes around we need to adapt to both faster.

Against Leicester the weather was against us, but we still tried to play the complex handling game that John Mulvihill seems keen on. It wasn't until the second half that we switched to a kicking game and pinned the Tigers back in their own half with some success.

Then on Saturday in Exeter we came up against a well-organised and physical pack who we tried to compete with too often at the breakdown, and particularly when defending a lineout drive.

Conceding the front at the lineout and trying to push the opposition towards the touchline and break up their setup is a good tactic, but if you don't have the weight to do so then that is quickly moved past and the Chiefs scored one try direct from a maul, and another just a few phases later.

We became very good last season at working around our lack of weight up front, through disrupting lineout drives by competing in the air and being innovative on the ground. Getting Nick Williams and Samu Manoa, amongst others, back will help, but we still need to be thinking on our feet.

Getting into our flow

At times in the second half of last season we looked almost unplayable in attack, such was the confidence of our backline in their ability to slice through opposition defences at will.

The positive for John Mulvihill in the last two weeks, particularly at Sandy Park, was that we showed glimpses of that form in the first 40 minutes, and scored a very well worked try down the left wing as well as creating two further good try scoring opportunities.

Jarrod Evans, Matthew Morgan and Owen Lane all looked sharp in their time on the field, and if they can hit the ground running against Leinster it will put us on a better footing early this season than the comparative time last season already.

Young players put their hands up

John Mulvihill used the pre-season friendlies to have a look at his squad, as much as get the first team ready for week one of the Pro14, and a large part of that was giving young players a chance, particularly against Leicester.

He will no doubt have been pleasantly surprised by a number of academy prospects standing up in what, for some, was their first taste of senior professional rugby outside of the Anglo-Welsh Cup.

Up front there was some impressive scrummaging from Rhys Carre and Kieron Assiratti, with loosehead Carre securing two very Gethin Jenkins-esque turnovers at the breakdown, while Alun Lawrence and James Botham stood out in the back row and kept their spots in the squad that headed to Exeter.

Dane Blacker looked lively and took his try like an experienced scrum-half, while Ben Jones' left foot was cultured in the Arms Park drizzle.

Finally, Ioan Davies got onto the field towards the end of the game against Leicester, and although he didn't have a chance to show off his talent, just getting the nod as an 18-year-old is a big vote of confidence. The last player in that position? A 17-year-old Owen Lane coming on against Bristol in 2015.

The big question for every team after pre-season is over. After last year, it's a very important one for Cardiff Blues, as we need to be in shape to hit the ground running if we stand any chance of pushing for Pro14 play-off spots.

At times against Exeter we looked a bit lacklustre in our defensive efforts, and some players lacked the composure that comes with match sharpness when in attack.

However, with two weeks until Leinster turn up at the Arms Park, there's time to put the finishing touches on our conditioning, and with a heavy defeat in Exeter fresh in the memory, we should have all the ingredients to come out firing on that Friday night.

You can still get your tickets for the 'Battle of the Champions' here, get down to the famous Arms Park and cheer on the boys as we begin the journey to the play-offs.