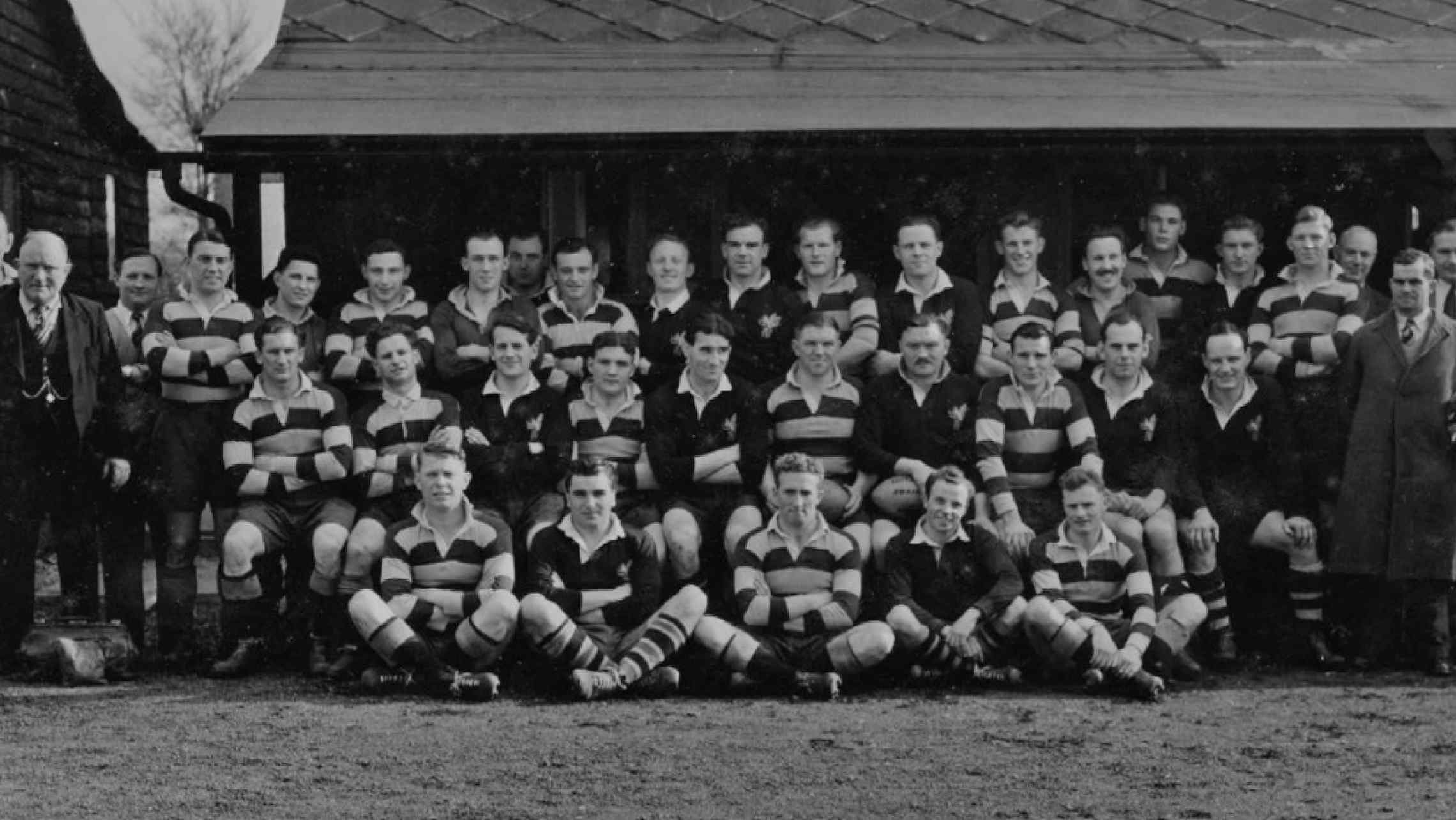 125 years ago almost to this very day, on 16th of October 1897, Cardiff travelled to the Rhondda Valley to play Llwynypia. Llwynypia had been unbeaten all season and had also gone through the previous season without losing a single game.

They were the invincibles of the Rhondda and had begun supplying players to the national team. Local interest in their clash with Cardiff was enormous and a huge crowd gathered to watch the game. Tragically, a temporary stand built to house the crowd collapsed during the match. The game continued and it wasn't discovered until afterwards that a man had been killed in the collapse.

Cardiff won a gruelling match 14-3 and would also beat Llwynypia at the Arms Park later that season. But the mere fact that Cardiff had chosen to play them home and away was a huge feather in the cap for Llwynypia. They were a club whose reputation was growing and over the next few seasons they would become acknowledged as a first class club. Their greatest product was probably Willie Llewellyn, a winger who would later play for Cardiff as well as for Wales (including in the legendary win over the 1905 All Blacks) and the British Lions.

They were a team on the up who were able to mix it with the very best of their day. So why haven't we heard of Llwynypia today? Well due to financial pressures they would fold in 1905. After reforming in 1907 they continued to struggle and would never recover their status as a first class Welsh club. There hasn't been a Llwynypia rugby club since the 1930s.

A sad tale given added poignancy by recent events at Worcester and Wasps.

Cardiff have in particular a long history of fixtures with Wasps. The first fixture between the two clubs was in September 1945 and one of the first played at the Arms Park after the second world war. Jack Matthews and Bleddyn Williams combined for three tries between them that day and Wasps would become a regular feature on the Cardiff fixture list. A photo of players from the two clubs mingled together is testimony to the long friendship between the two rugby institutions. Younger (well, ok, young at heart...) fans will remember the classic Heineken Cup match between the clubs in October 1996, in which a sensational performance from Rob Howley and a late drop goal from Jonathan Davies was enough to snatch a famous 24-26 win for Cardiff at Loftus Road. Still younger fans will remember Xavier Rush's stunning display from number 8 when we beat Wasps in Wycombe on the way to the 2010 Challenge Cup win.

At CF10 we sympathise with the loyal fans of those two clubs. We know the agony people who have put their heart and soul into following their clubs must be feeling at this time. Also, apparently easily forgotten at times like these, are the hundreds of staff employed by these clubs, who are being affected by situations beyond their control.

All the more reason to enjoy days like today. A Saturday at the Arms Park with a local derby to look forward to. It's something to treasure and something to never be taken for granted.