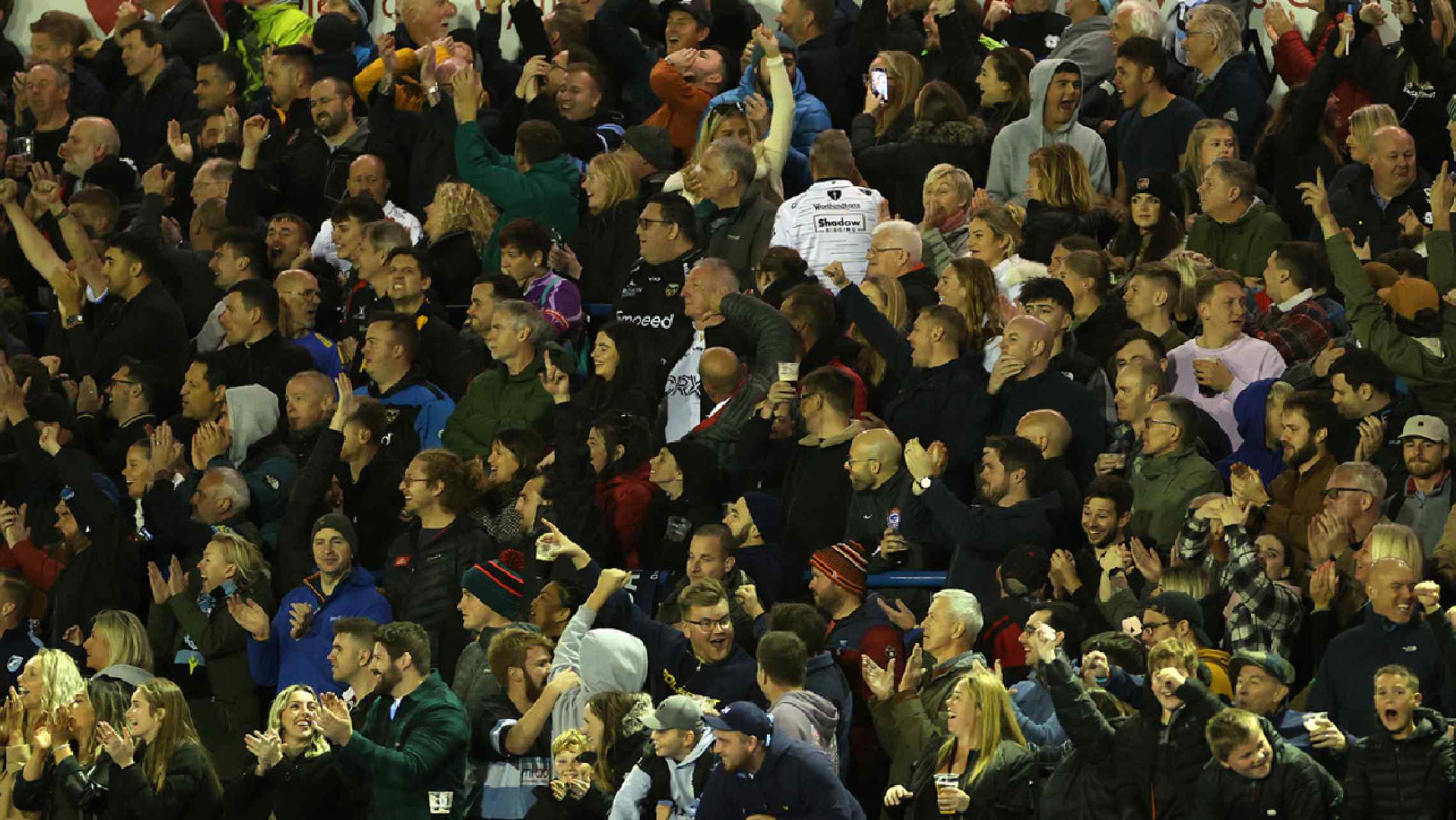 The end of last season was difficult. Criticism was scathing from all quarters. Like sports fans the world over, when our team struggles, we feel it deeply and sometimes lash out.

We couldn't be happier to be proven wrong. On the field, the Blue and Blacks have finished 2022 on the rise. A hard-earned win over the Dragons on Boxing Day put the cap on a start to the season that has included some outstanding performances. The players have restored pride in the badge. We're grateful to coaches and players for taking our words and making us eat them. The sight of the players punching the air in the aftermath of Corey Domachowski's late try said more than any blog or newspaper article could about the unity in this Cardiff group. We're proud to support this club and these players.

Off the field, things are more difficult to judge. Once again Welsh rugby has been plunged into a crisis by the mismanagement and lack of vision of our neighbours on Westgate Street. The international, regional and community games are all struggling, prompting a banner at the Ospreys vs Scarlets match to declare the WRU to be the Worst Run Union in the sport. Very few can be happy with the decision making of our governing body, which seems to have no strategy for the game beyond cost cutting and investment in non-rugby facilities, and the hope that the appointment of Warren Gatland will serve to distract from the bigger issues.

Most of all at this time we sympathise with the players, coaches and every other individual employed at Cardiff and in Welsh professional rugby. Too often, it is forgotten that this is now a sport which employs hundreds across Wales. When the future of professional rugby is put into question, hundreds of livelihoods are put in danger. Too often people think professional sport is about superstars and big money. For every big name there are ten others simply trying to make a living. For every big name who can find a contract in France or England, there are hundreds of others who will need to find new careers outside rugby if the ability to earn a living through the game is taken away from them.

Welsh professional rugby creates opportunities for people. It gives young men and women an outlet for their talents. When we turn up at the Arms Park, the Swansea. com Stadium, Parc y Scarlets, or Rodney Parade, it is thanks to those employees on and off the field that we have teams to be passionate about. More than a badge, more than a set of colours, that's who we support. We're fully backing all the employees of Welsh professional rugby and hope for a speedy resolution to a drama that has gone on for far too long.

This has been yet another unpleasant chapter in the history of Welsh rugby. It leaves a bad taste in the mouth. Those responsible will need to take a hard look at themselves and perhaps consider whether they are really best suited to taking Welsh rugby forward. In the meantime, we'll keep on supporting our players. Not just the ones in blue and black but those in white, scarlet, and black and amber. In 2023 Welsh rugby needs to finally find some unity of purpose and where better to begin than with the supporters.